HARRISBURG, Pa. — Governor Tom Wolf and Democratic Senator Bob Casey want lawmakers to get back to work and change gun laws. This comes on the heels of tw... 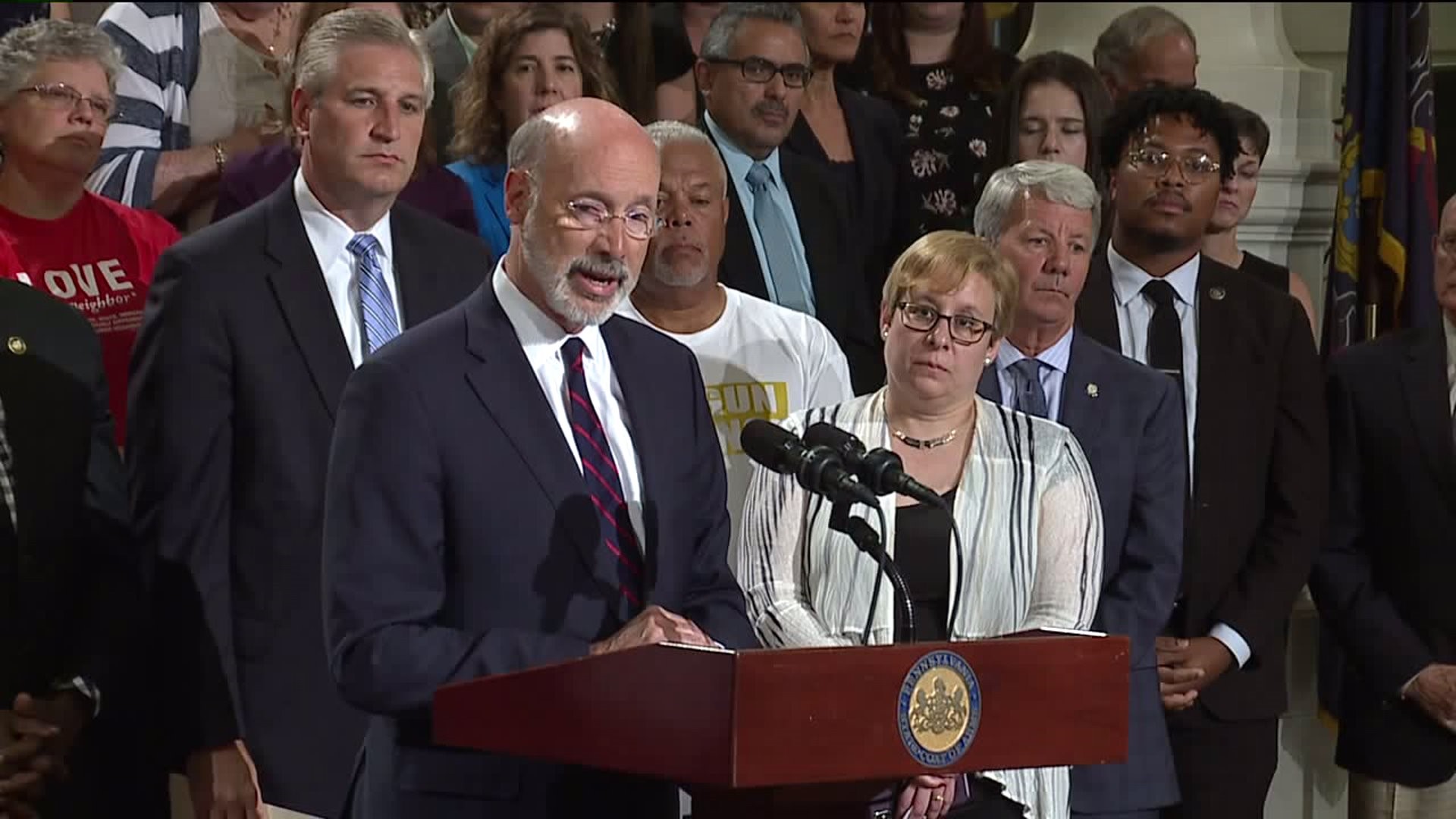 This comes on the heels of two deadly mass shootings -- one in El Paso, Texas and one in Dayton, Ohio -- and the recent rash of gun violence in Pennsylvania cities like Williamsport.

Gov. Wolf and Sen. Casey are sponsoring this call for gun reform, according to our sister station WMPT.

They rallied in Harrisburg Wednesday night.

The governor wants extreme risk protection or "Red Flag" orders, universal background checks on all firearm sales, and support for U.S. House Resolution 8 which proposes to end loopholes on the federal level.

"These are three, concrete, verifiable actions that legislators can take quickly to reduce the number of graves being dug for gun violence victims," explained Gov. Wolf.

Sen. Casey calls for U.S. senators to reconvene for a debate and vote on gun reform issues.

There were some in Harrisburg Wednesday who say the lawmakers are using "scare tactics" in an attempt to change gun laws. 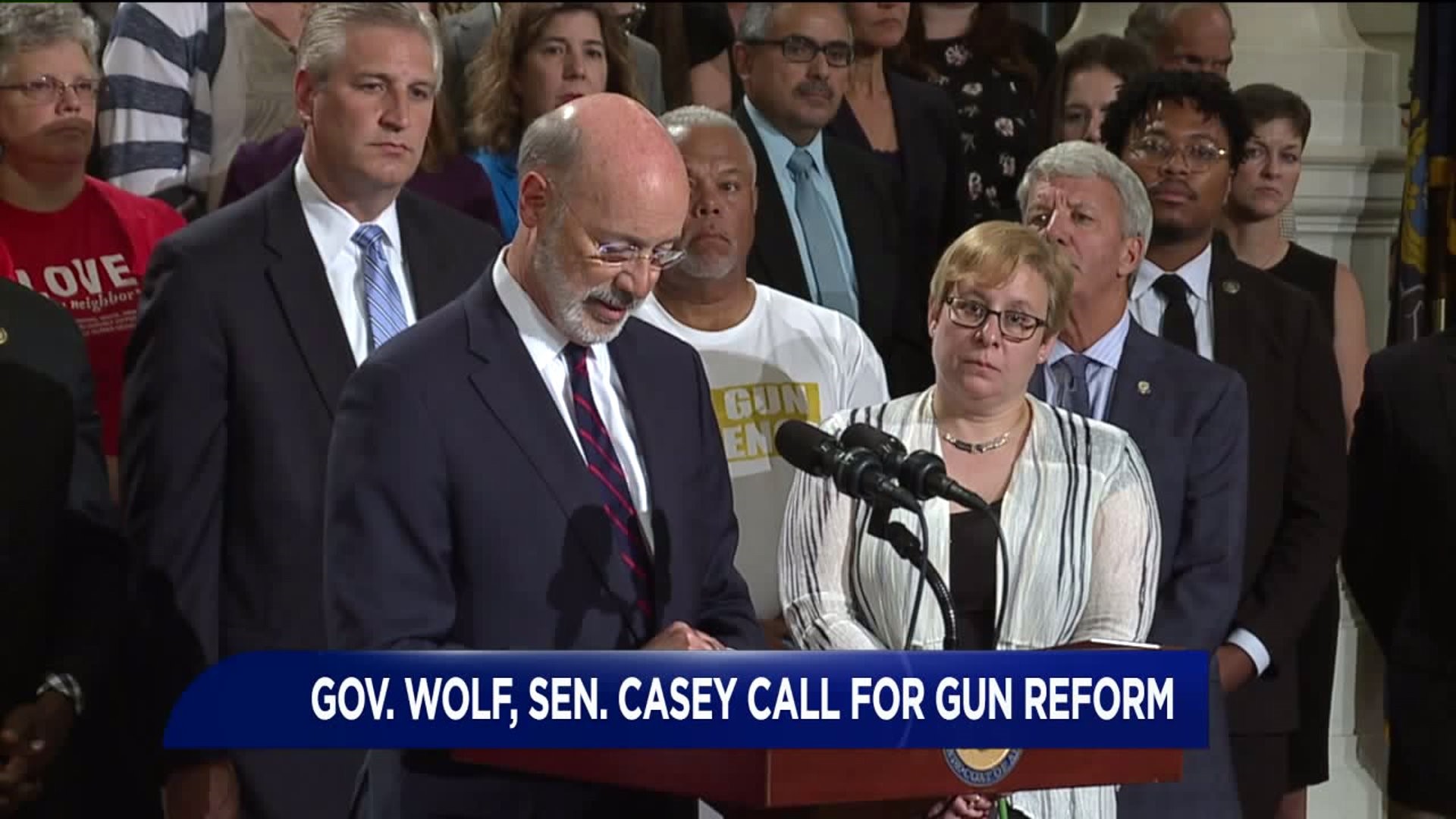