HARRISBURG, Pa. — Governor Tom Wolf took the oath of office just after noon Tuesday at the State Capitol in Harrisburg to begin his second term as governo... 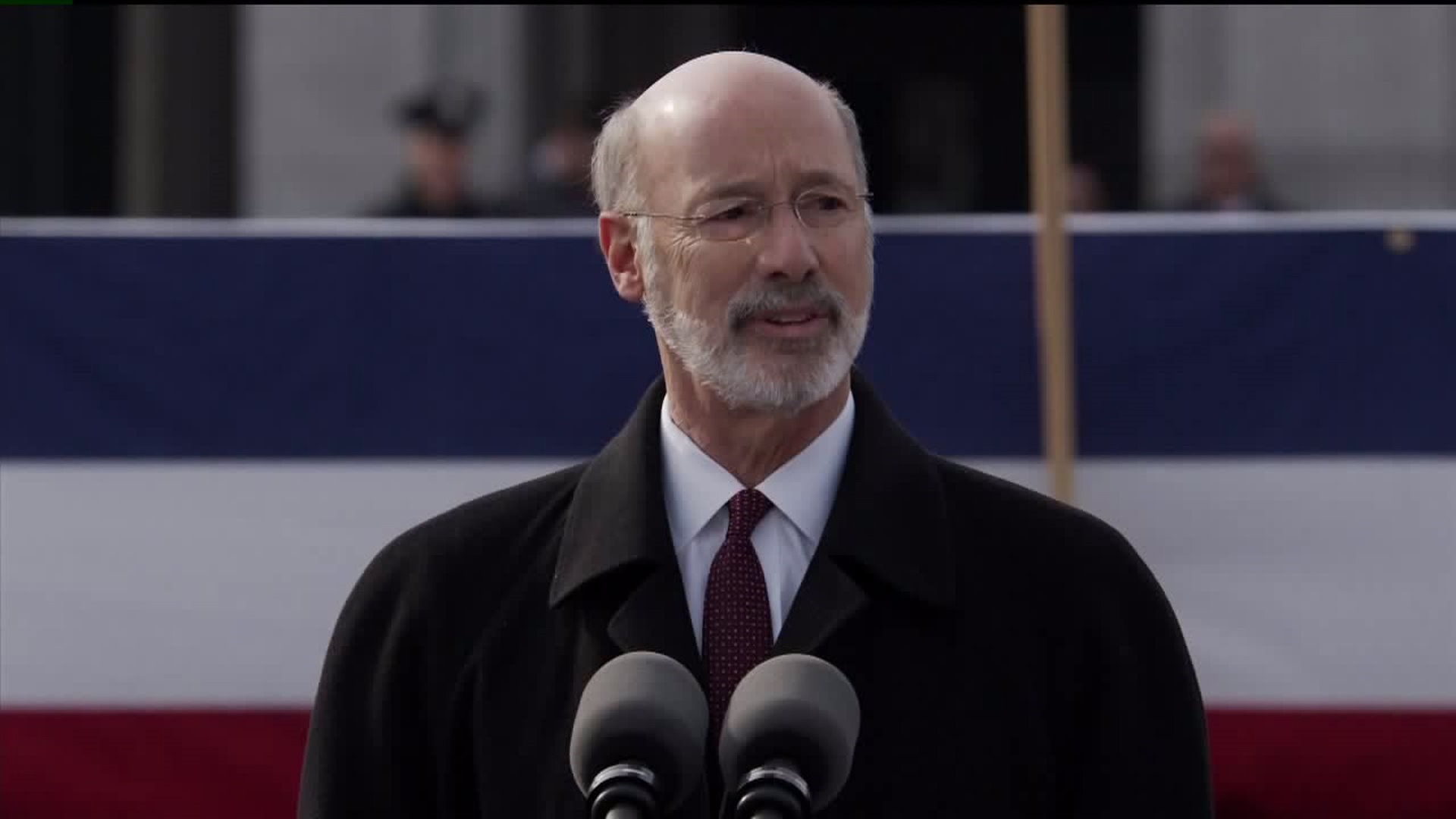 HARRISBURG, Pa. -- Governor Tom Wolf took the oath of office just after noon Tuesday at the State Capitol in Harrisburg to begin his second term as governor of Pennsylvania.

"History is still being written in Pennsylvania," said the governor during his address.  "A big part of who we are as Pennsylvanians is the pride we have in where we're from."

When I took this oath four years ago, too many Pennsylvanians felt their promise of life, liberty, and the pursuit of happiness was out of reach. ⁰

Today I’m proud of our progress. We’ve gone from a commonwealth at a crossroads to a commonwealth on a comeback. #InaugurationPA pic.twitter.com/wfWMP0xFNh

During my next term, we’ll keep moving our commonwealth forward.

Despite our challenges, we can look to the future with hope that we’ll leave an even better PA for our children.

Let’s have faith in what we can fix together, achieve together, and build together. #InaugurationPA pic.twitter.com/jqz4f1CloZ 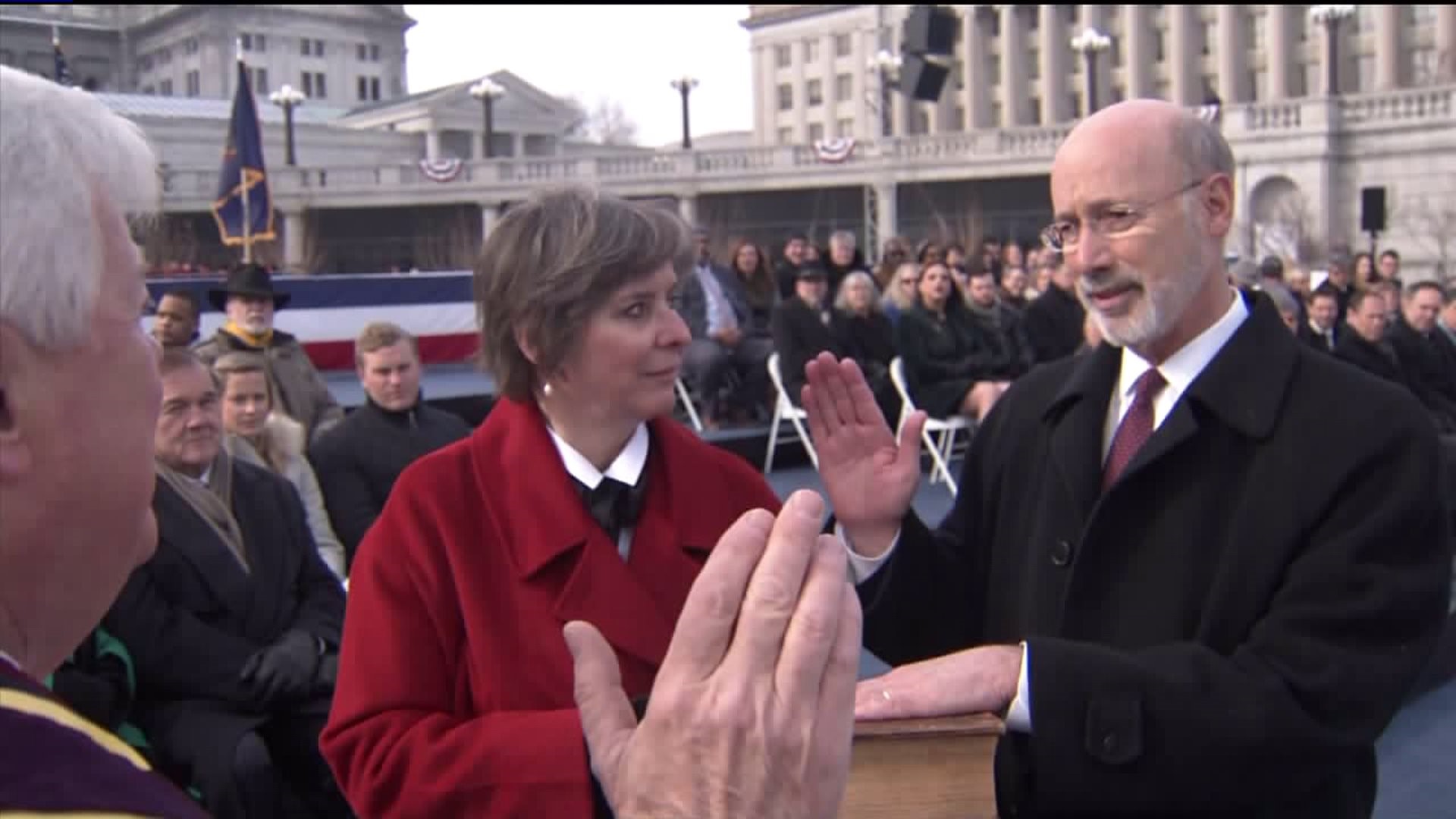 The governor went through a list of accomplishments under the capitol dome in four years -- new jobs, improved roads and bridges, more education funding and turning a $2 billion dollar into a surplus.

This Democrat returns with Republicans still controlling the house and senate.

"We all come to public service with convictions that we know we can't compromise. I certainly do. And I know my friends in the legislature do, as well. So sometimes we'll disagree, and sometimes we'll have to agree to disagree," the governor said.

"But that doesn't have to stop us from working together to make progress for Pennsylvania where we have common ground."

The second-term governor said Democrats and Republicans in Harrisburg can't do it all in moving the Keystone State forward.

The governor did not tout any specific policy goals for his second and final term, but he asked for continued support from lawmakers in Harrisburg and voters across the state. 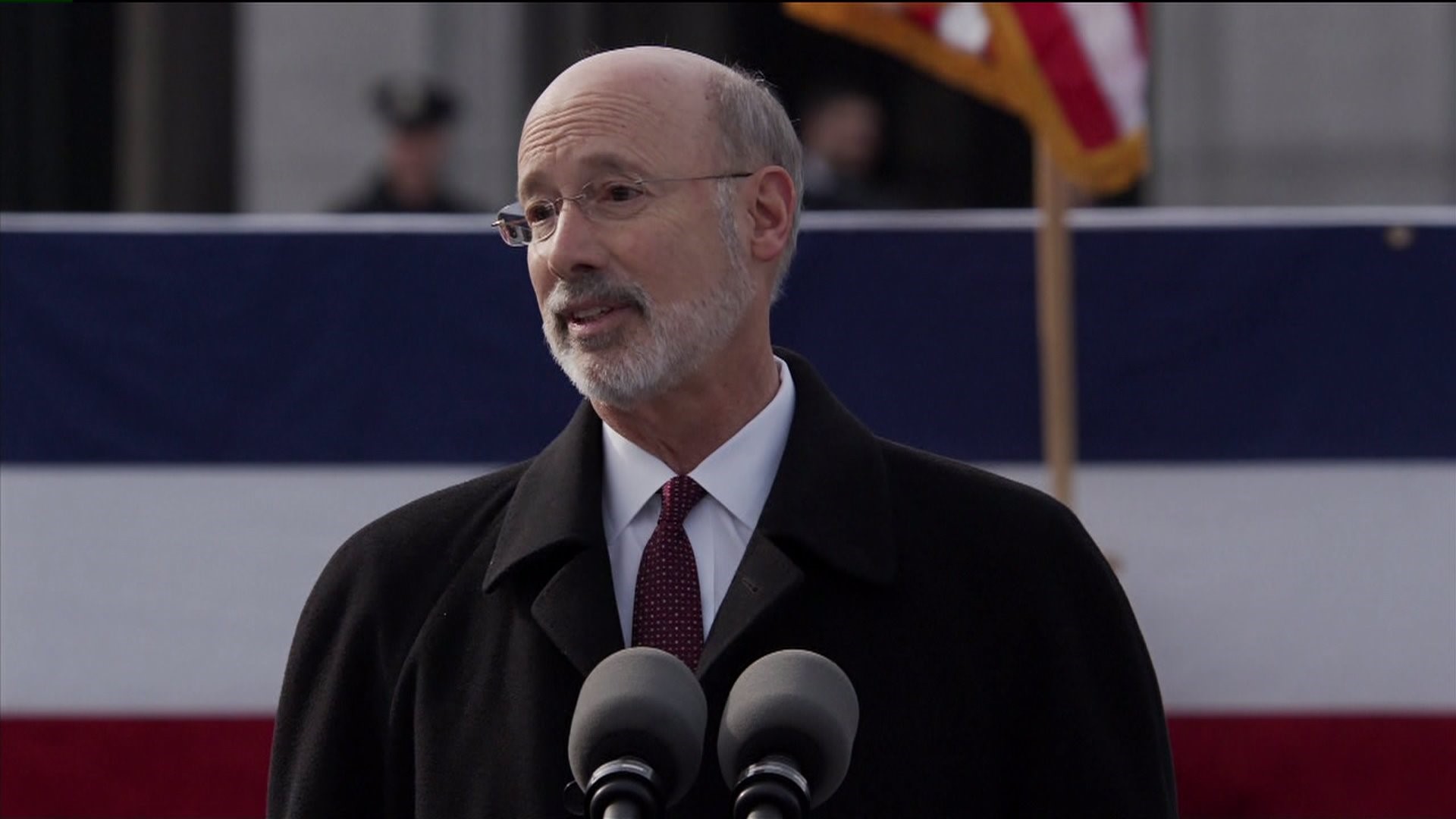 Lieutenant Governor John Fetterman was sworn in inside the State Capitol Tuesday morning.

Join me in congratulating Pennsylvania’s new lieutenant governor, @JohnFetterman. I look forward to tackling the next four years as partners. 🤜🤛 #InaugurationPA pic.twitter.com/7Ly68oerW9

"Today we celebrate the start of Tom Wolf's second term in office and the promise he will continue to move Pennsylvania forward," Fetterman said.

Wolf was born and raised in York County. He took over the family business, The Wolf Organization, and turned it into a highly-profitable manufacturer of cabinets, selling the company in 2006.

Wolf served as Pennsylvania’s Secretary of Revenue during the Rendell Administration (2007-08). He bought The Wolf Organization when it faced bankruptcy in 2010 and served as chairman until he announced he intended to run for governor.