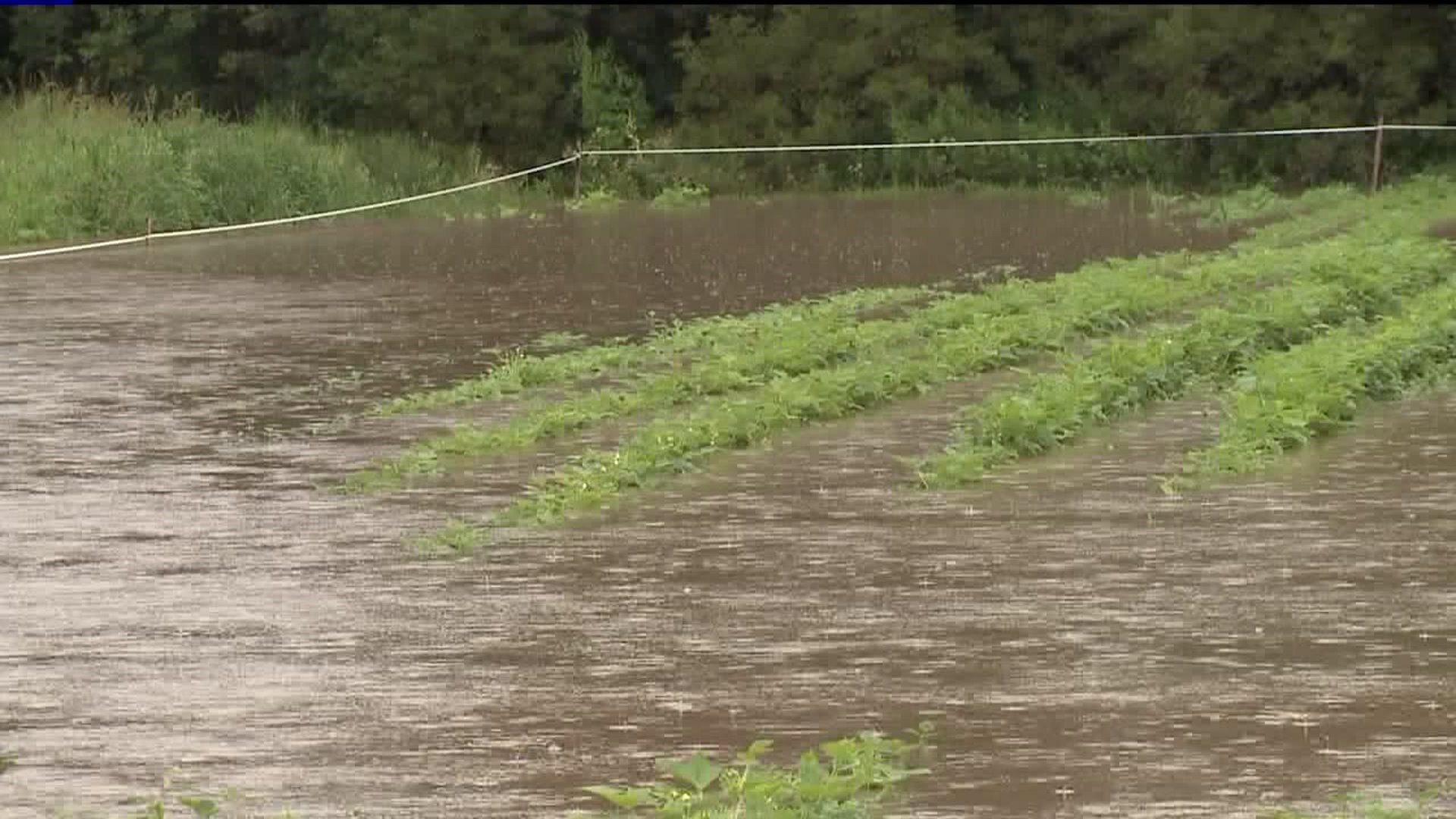 Newswatch 16 last checked in with farmer Larry O'Malia in August. All of the rain over the summer flooded his crops along the Susquehanna River in Plains Township.

"It ended up going to a crest of 29 feet, which put the river at somewhere between 10, 12 feet covering the entire farm," O'Malia said. "So it was a total loss."

Governor Wolf announced this week that farmers in several northeastern and central Pennslyvania counties who suffered losses during the 2018 crop year due to excessive rain and flash flooding can apply for disaster relief from the federal government. O'Malia said he'll consider applying for the help.

"I'll look into it," O'Malia said. "I've been in this place before. Sometimes it doesn't seem quite as lucrative as you would like it to be."

O'Malia said there is a happy ending to his tough year. He said since the summer growing season was so bad, he's anxious for a busy holiday season.

"We couldn't wait to put the summer behind us getting into this Christmas season," O'Malia said. "Sales have started off good."

Longtime customers like Lisa Gilchrist of Jenkins Township are happy to see business at the farm doing better.

"I thought it was great, especially to support a local business like this," Gilchrist said. "Larry's wonderful. He has beautiful things. I come here all the time."

O'Malia said he will get his seeds for the next growing year next month.

To learn more about applying for disaster relief, click here.