DELAWARE WATER GAP — People visiting the Poconos and some who live there were surprised to see a popular road closed due to the government shutdown. And t... 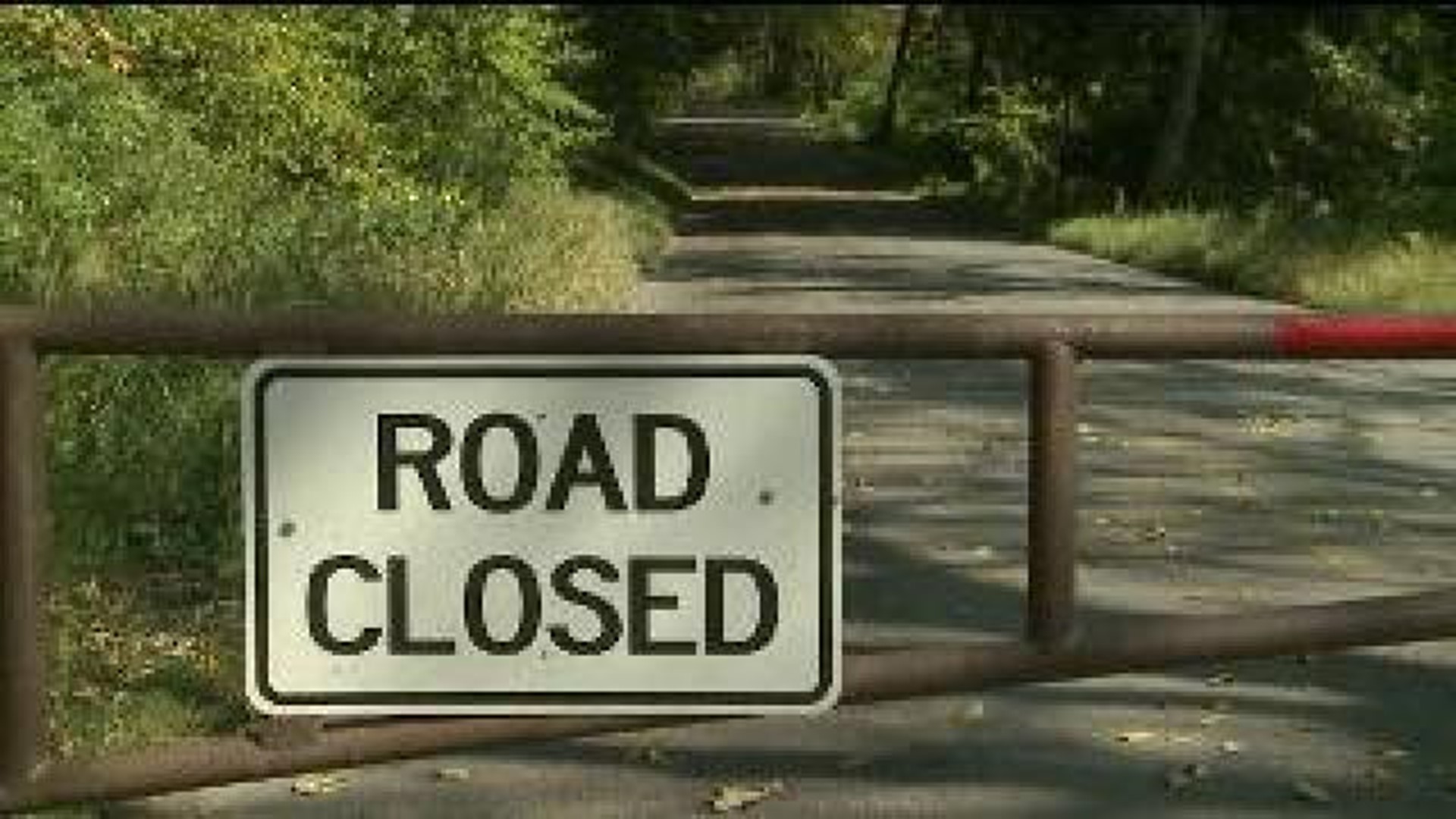 DELAWARE WATER GAP -- People visiting the Poconos and some who live there were surprised to see a popular road closed due to the government shutdown. And those people weren't shy about their feelings of what the government is doing.

The government shutdown forced the Delaware Water Gap National Recreation Area to close. That means people driving through the area hoping to take in the fall foliage weren't allowed to take full advantage of what this area has to offer.

River Road which goes through the recreation area cuts right through beautiful patches of fall foliage.

A couple drove to the Poconos from State College, hoping to get a closer look at the changing leaves. Their drive was going well until they reached River Road, which is overseen by the National Park Service.

"We just pick a road and drove," they said. "And now the government shut it down."

Due to the government shutdown, River Road had to close. A road closed sign is posted and the gate is locked, so the couple along with a few others had to turn around.

"I'm upset. This helps me get to where I got to be for work, which I'm late for in about five minutes."

As she turned around, another driver was also stopped short on his daily commute home.

For Kittatinny Point Visitors Center in Delaware Water Gap, the area is off limits to visitors. The cones are up and so are the barricades, letting everyone know that you can't come into the parking lot and enjoy the park for the day.

Joseph Marioni, who is visiting the area from New York City was confused as to why no one was at the visitors center. The beach area is also off limits.

When Newswatch 16 reminded him of the government shutdown, he had this question for lawmakers.

"Are they losing a day's pay, a week's pay, a month's pay? This affects a huge percentage of government workers but not the people who voted to do it," Marioni said.

To answer his question, congressmen and senators are still getting paid despite the shutdown. But as long as this shutdown lasts, the national parks are closed.