When the Philadelphia Eagles made their Super Bowl run early last year, we introduced you to Giovanni Hamilton, one of the biggest Eagles fans around. Giovanni ... 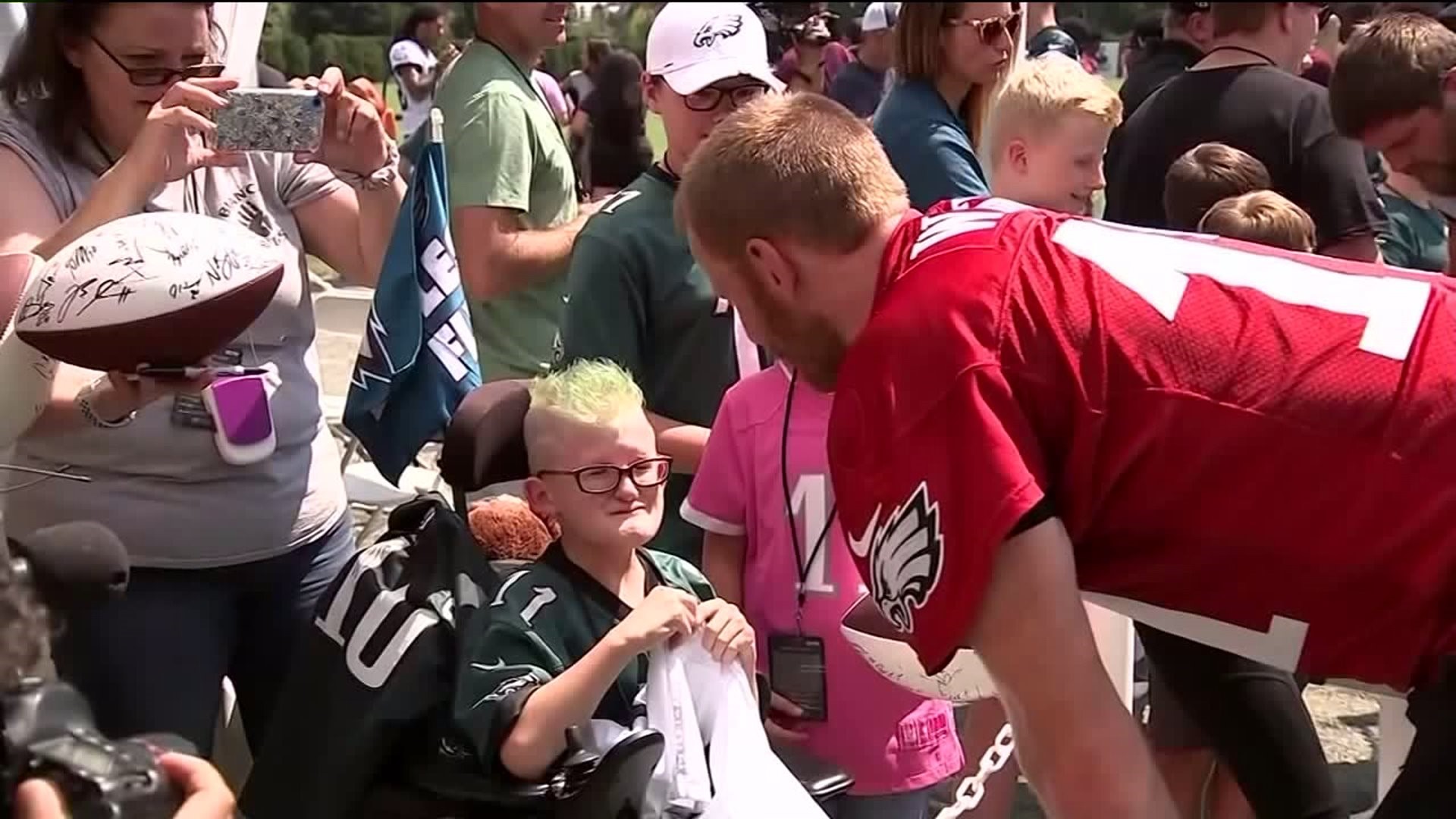 When the Philadelphia Eagles made their Super Bowl run early last year, we introduced you to Giovanni Hamilton, one of the biggest Eagles fans around.

Giovanni suffers from a rare genetic disorder. Giovanni's family took him to the Eagles training camp today in South Philly, where he got a chance to meet his "hero,” Eagles quarterback, Carson Wentz. There were smiles and even a couple of tears all around.

It’s not every day you get to meet your hero.#EaglesCamp | #FlyEaglesFly pic.twitter.com/dezSoFcM9J

As it turns out, Wentz is also a big fan of Giovanni's.

"You get to see kids like Giovanni and other kids like that who just honestly inspire me. They inspire me and remind me that it's so much more than a football game and wins and losses on Sundays. Hearing him tell me that I'm his hero and that I inspired him through his surgeries and stuff like that. Going back to when I saw the clip. When someone sent it to me it almost brought me to tears again. So for me, it's just so much bigger than a game. You get caught up in it so much. You can take a step back and look at it and it really inspires me," Wentz said.

We also tagged along with Giovanni at the Eagles Super Bowl victory parade in Philadelphia last February.