TAYLOR, Pa. — So many people were packed into the Taylor borough building some couldn’t even get into the meeting room for a zoning hearing Wednesda... 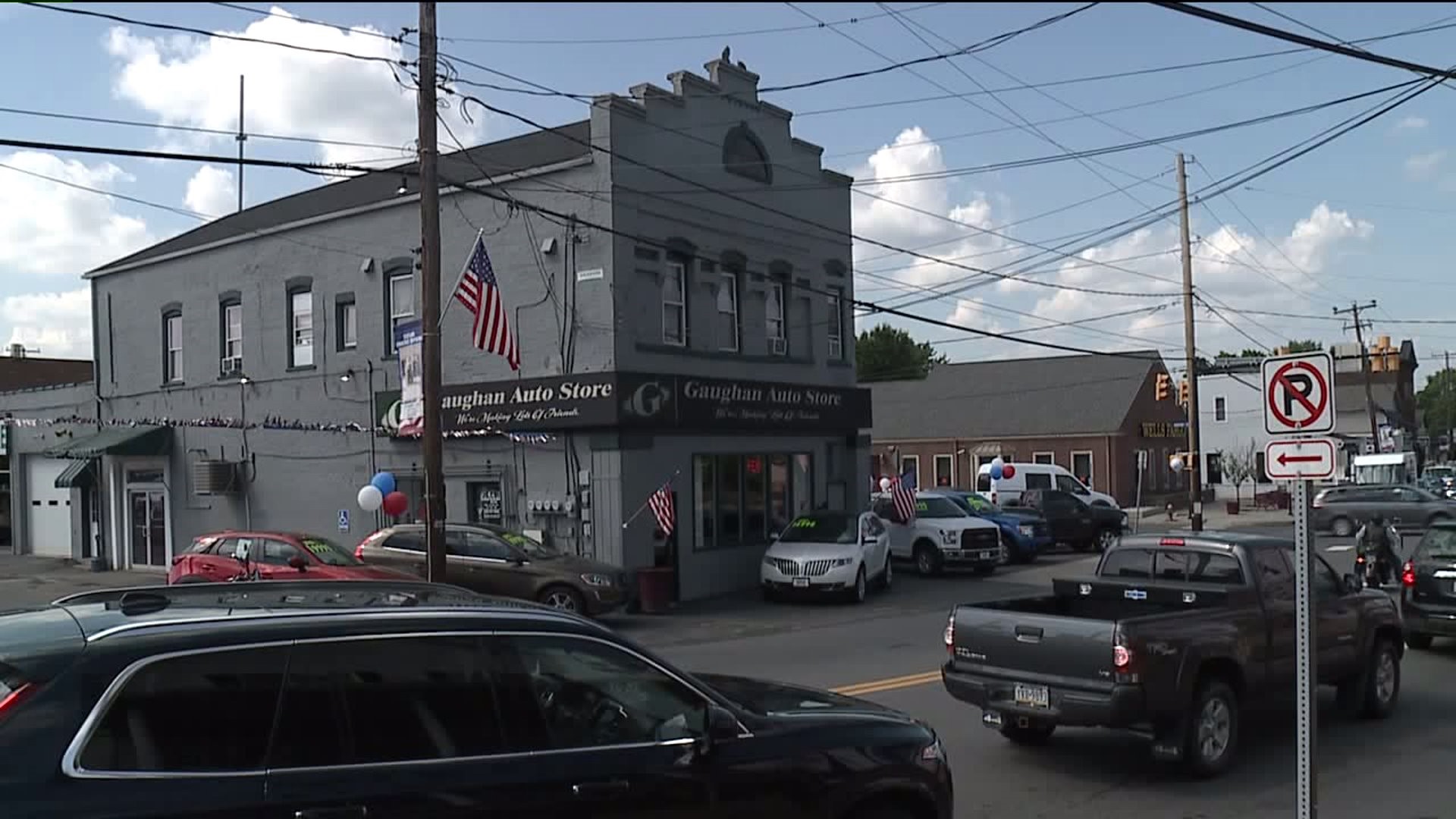 TAYLOR, Pa. -- So many people were packed into the Taylor borough building some couldn't even get into the meeting room for a zoning hearing Wednesday night.

They were all here to express their opposition to a zoning change request submitted by the owners of Gaughan Auto Sales, which sits at the corner of Main and Union Streets.

“We're not parcels, we're people. I just want to make that clear that what you're looking at and what you're doing, is all of these people here, all of us is going to be affected,” said Alexandra Boisar.

Brothers Jim and Michael Gaughan want to change the housing properties they own from residential to commercial so it could be used for a Sheetz location.

“We have been discussing a potential land lease with Sheetz. They've been moving it forward. There's a few different hurdles that we still have to overcome,” said Jim.

But those who live around the auto dealership say the store will bring with it more traffic, which is already congested at that intersection, and lower property tax values.

“My parent's house, which my grandfather had and they had and hopefully will pass down to me will not be worth anything compared to what, the money they have spent for years to maintain their property values,” said Dylan Bonitz.

Still, despite the opposition, the council approved the change during its council meeting following the hearing.

“After receiving a unanimous vote, Ordinance #2 of 2019 is hereby adopted,” said the council president after the roll call was taken.

The Gaughan's say they've already thought about a place to relocate their dealership still in Taylor.

“We do own a spot already on Keyser Avenue where we have our service department at,” said Jim. “It's a great spot, it's seven acres.”

Sheetz did not return Newswatch 16’s request for comment.