DALLAS, Pa. — It might look adorable and even harmless, but the Pennsylvania Game Commission says feeding deer and bears in your backyard could do a lot m... 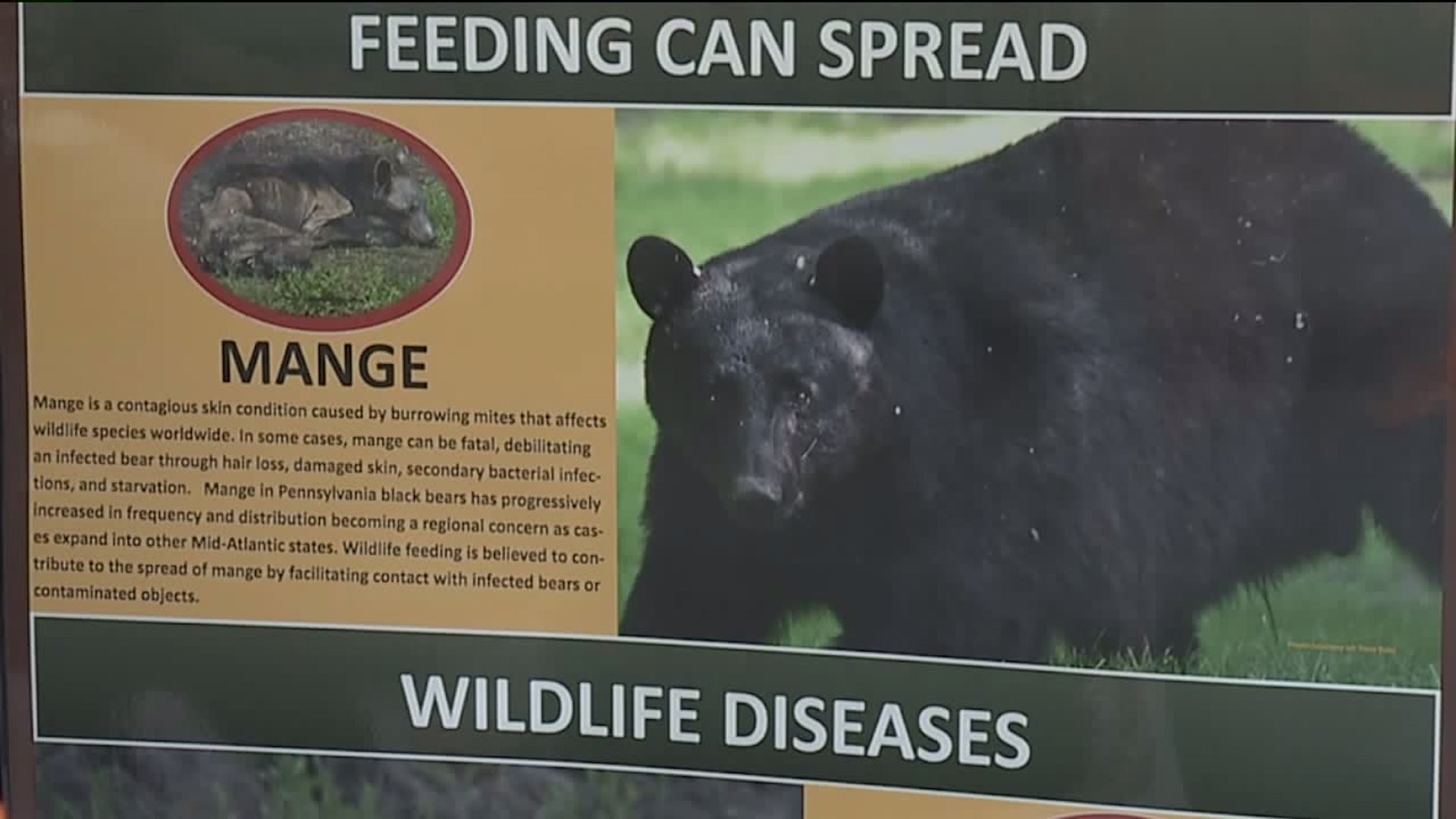 DALLAS, Pa. -- It might look adorable and even harmless, but the Pennsylvania Game Commission says feeding deer and bears in your backyard could do a lot more harm than good.

Bears are more likely to get mange and deer are more susceptible to contract chronic wasting disease when the animals are being fed. The Game Commission says bears and deer who are being fed are in closer quarters with other animals who may already have the diseases.

The Game Commission held a meeting in Dallas to spread the word about how to stop the spread of these diseases, which piqued the interest of hunters like Hank Zakoski.

"A lot of interest involved in the chronic wasting disease. We're both hunters, my son and myself. We own a lot of property. We're concerned that it's going to come into our area," Zakoski said.

So far, chronic wasting disease in deer has not been spotted in our area. However, it has been seen in south-central and northwestern Pennsylvania.

The Game Commission says typically deer don't show symptoms of chronic wasting disease for about two years and look healthy. However, eventually, they begin to show telltale signs of the illness and start to lose weight and begin to drool.

Game Commission officials say chronic wasting disease is contagious and is spread through saliva and urine in deer.

"Any deer that contracts it will die. It's passed from one to another. It's going to accumulate inside the deer. They will die and in the meantime, it will spread to another. Then it keeps spreading," Game Commission deer biologist Bret Wallingford said.

Bears with mange have been seen in our area though, in Lycoming, Synder, and Union counties. Bears can only get mange if they come into contact with another bear who is already sick.

"They scratch a lot. They lose their hair. A lot of them will lose weight. We do know that some bears will die from it eventually, but it's a very prolonged and depressing disease," Game Commission bear biologist Mark Ternent said.

The Game Commission says people have the power to stop the spread of these diseases by not feeding wild animals in their backyards.

If you'd like to learn more about these illnesses, the game commission will be holding another meeting on August 8th at its Jersey Shore location.