COPLAY, Pa. — Former Penn State running back Saquon Barkley was, as expected, drafted second overall by the New York Giants and his family and friends are... 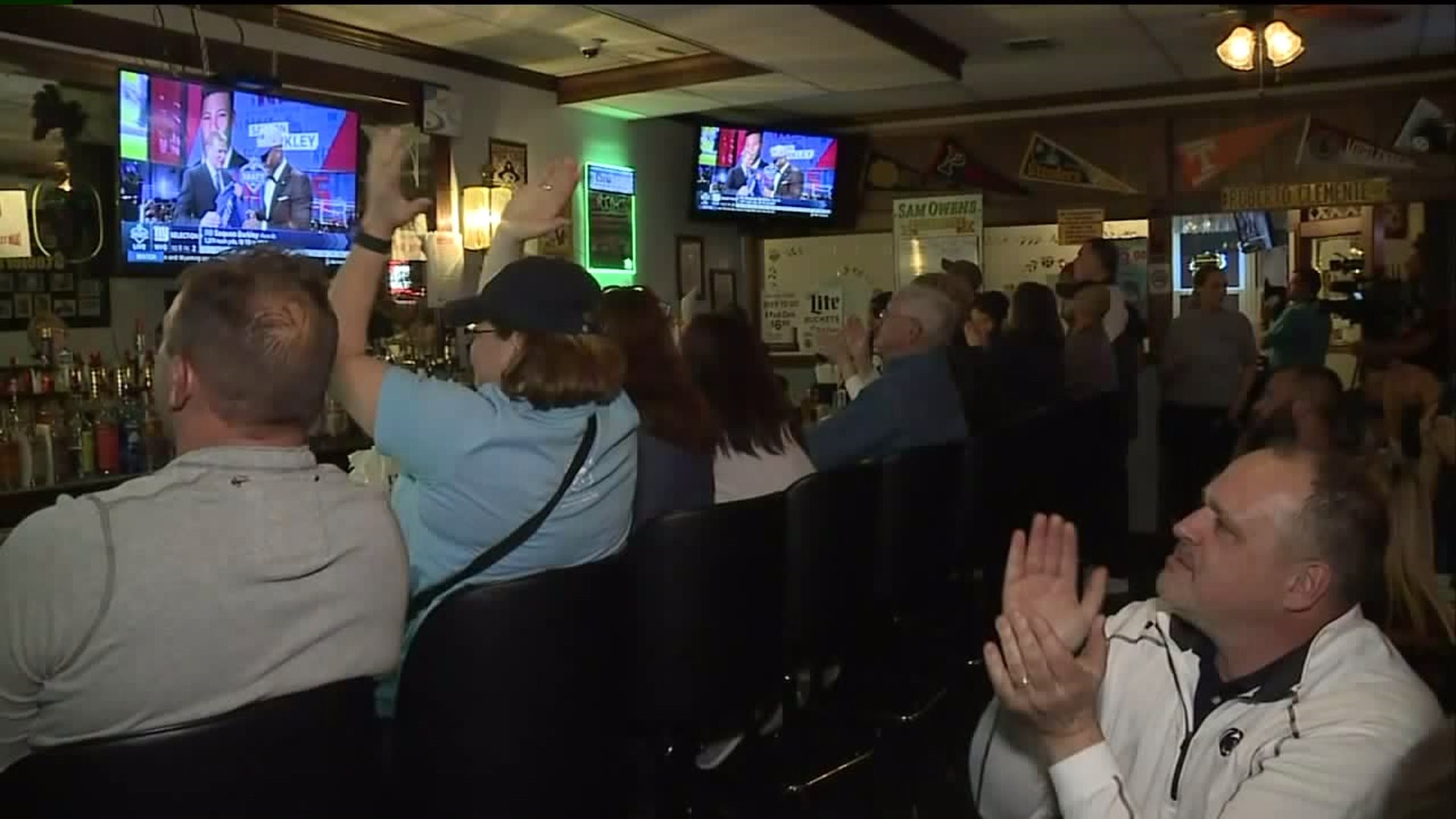 COPLAY, Pa. -- Former Penn State running back Saquon Barkley was, as expected, drafted second overall by the New York Giants and his family and friends are thrilled for him.

"This gentleman is one of the most unpretentious young men I've ever met. My husband was fortunate enough to coach him back in the day and said, this boy was such a coachable boy, was more concerned about everyone else but himself," said Wendy Madous of Whitehall.

Barkley is from Coplay, near Allentown, and folks gathered at a restaurant near the family home to watch the draft and cheer for the former Whitehall High School standout, nicknamed "Say-Say."

"I think Say-Say is gonna have a heck of a career in the NFL. He will bring the team together, he's a great team player," said John Bowman, Coplay.

"Thank God because I'm a Steelers fan, and I probably wouldn't support the Browns even if he went there, but yeah, I'm glad he went to the Giants," said William Loy of Coplay.

Saquon Barkley is at the draft in Texas with his parents.