Free 2BMom: Helping Mothers in the Battle with Addiction

LUZERNE COUNTY, Pa. — A while back, health officials in the area noticed a startling trend: a big increase of babies being born with neonatal abstinence s... 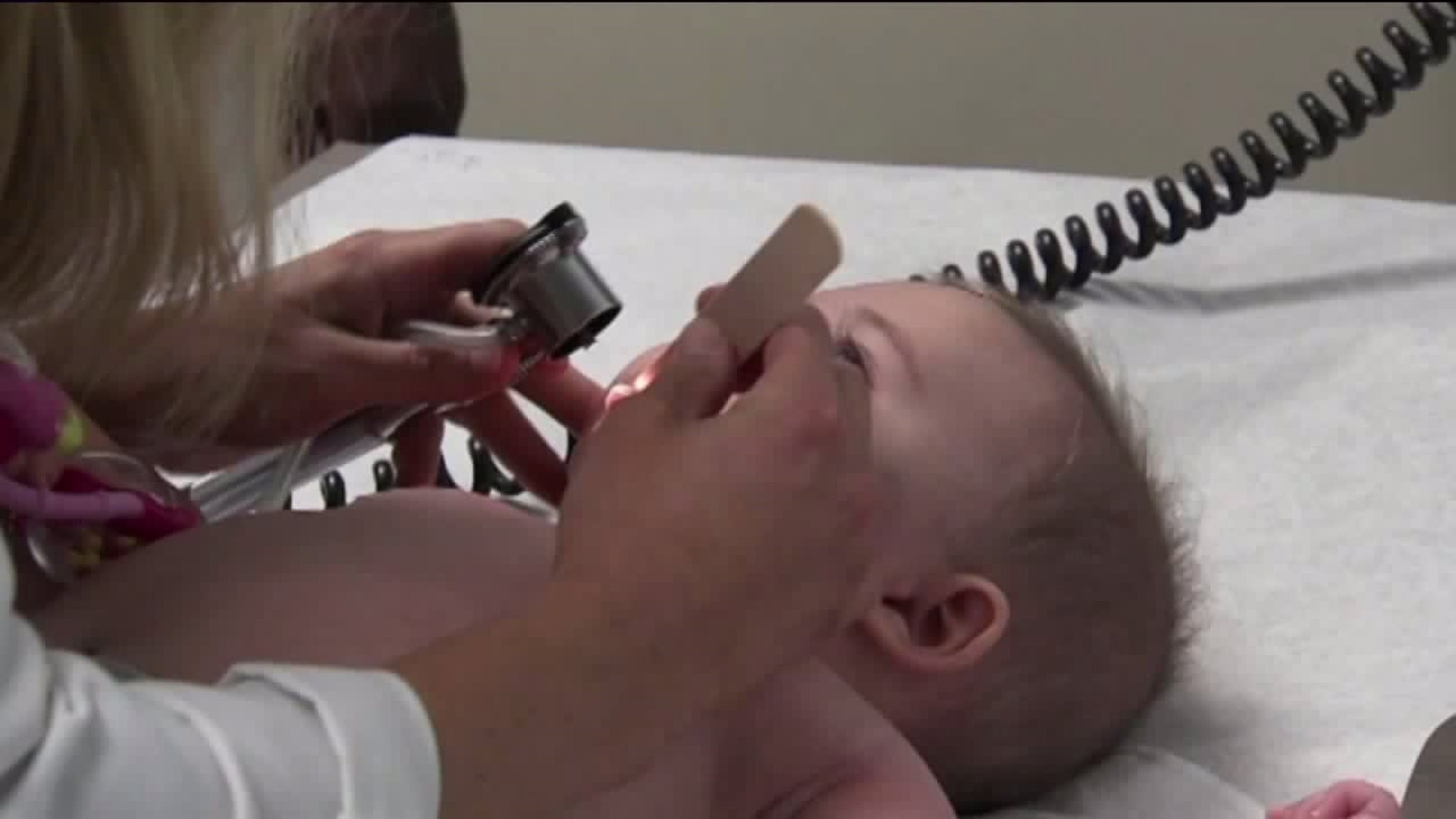 LUZERNE COUNTY, Pa. -- A while back, health officials in the area noticed a startling trend: a big increase of babies being born with neonatal abstinence syndrome (NAS). That's a term for a number of problems a baby will experience when withdrawing from exposure to drugs.

In so many of those cases, the mom never spoke up about her addiction, fearing the repercussions.

A few months ago, those officials, along with various community agencies, launched a program meant to help babies avoid NAS and to get mom the help she needs, too.

30-year-old Alyssa Howe, at the time of this interview, was 30-weeks pregnant with her third child. She lives with her parents and calls herself lucky to be surrounded by love and support.

"We do Sunday dinners. It's an Italian thing, I guess," she laughed.

But she is also honest about the long road she has walked with drugs.

"I've always been a big opiate user. I started using opiates when I was about 20 years old and got into heroin probably around the time I was pregnant with Jamison."

Alyssa used during her first pregnancy, and when the baby was born, was not permitted to be alone with him for three months.

"Unfortunately, Jamison was born with cocaine in his system and Children and Youth had to step in," Howe said. "It was a very hard lesson to learn for me."

"I was using to maintain so that I wouldn't get sick."

What followed was rock bottom.

It was during this time she found help at rehab, then as a patient of Geisinger Bloomsburg's Medically Assisted Treatment clinic (MAT).

When she discovered she was pregnant, doctors at the MAT clinic sent her to Dr. Gary Stoner, the director of the women's health opioid use disorder program at Geisinger Medical Center near Danville.

An OB-GYN with Geisinger for 29 years, this is now his specific job, working with expectant moms who are addicted to opioids.

"The very first thing out of my mouth is, 'Thank you for calling us. Thank you for being here. You are doing the right thing,'" Dr. Stoner said. "I feel like my doctor's hat is off. It's visceral. It's life. There ain't no messing around."

Dr. Stoner does all the same routine checks any other OB would, but he also monitors Alyssa's use of Subutex. That is a variant of Suboxone, a drug used to reduce symptoms of opiate addiction and withdrawal. This type of medication-assisted treatment for pregnant women is part of what's available through Free2BMom.

"The two greatest barriers to care are fear and stigma," said Terri Lacey, the executive director of the behavioral health initiative at Geisinger Commonwealth School of Medicine.

She explains Free2BMom was born from a research project done by two med school students. They found huge gaps in current care.

Free2BMom is right now only in Luzerne County. It launched just a few months ago, and it doesn't just take place in a hospital room. Community partners include social service agencies, mental health providers, and the judicial system.

Luzerne County Head Start is involved as one way of finding families in need.

"We are in a position where we can reach out and reach a lot of families, so to be part of the program, it's very important," said Allyson Leskowsky, health specialist at Luzerne County Head Start.

Also involved is the Human Service division of Luzerne County, which oversees Children and Youth Services, among others.

John Alunni is the program director.

"If we could prevent children from landing in our services, that's a good thing. That's what we want to have happen," Alunni said.

Alunni suspects part of the reason addicted pregnant women don't come forward is because they are scared of Children and Youth involvement.

"Our Children and Youth agency wants to ensure that families are safe, engaged, supported, and together. A common misconception is that CYS wants to come take your child away. That's not the truth. We only get involved when we need to get involved," Alunni said.

Free2BMom participants are enrolled for two years after the baby is born, to address housing and other needs. Doctors say there's a high chance for relapse in those first few years.

But for now, Dr. Stoner says treating these vulnerable patients is possible as long as health care providers set preconceived notions aside.

"They're battling with drugs. And the rest of the world is grappling with obesity, tobacco, alcohol, gambling, shopping, name your demon. We're all in the same boat," Dr. Stoner said.

And he holds up Alyssa as an example of someone who has admittedly failed at sobriety and has gotten herself in a lot of trouble for it but knows now being clean is possible for the long haul.

"Going from using to not using and knowing that you and your child are going to be healthy is the best feeling in the world," Alyssa said.

Since we've done that interview, Alyssa has had her baby girl. Aria Grace was born on April 25, 7 pounds, 9 ounces, perfectly healthy.

Free2BMom is open to all qualified participants in Luzerne County, regardless of availability to pay. Health providers would like to see it expanded to other counties but note it takes community involvement.

Mothers or agencies interested in participating can call Free2BMom at 570-214-2159.