Frank Scavo Voted Out as Old Forge School Board President

OLD FORGE, Pa. — A school board president in Lackawanna County has had his title taken away. Frank Scavo was voted out as president of the Old Forge Schoo... 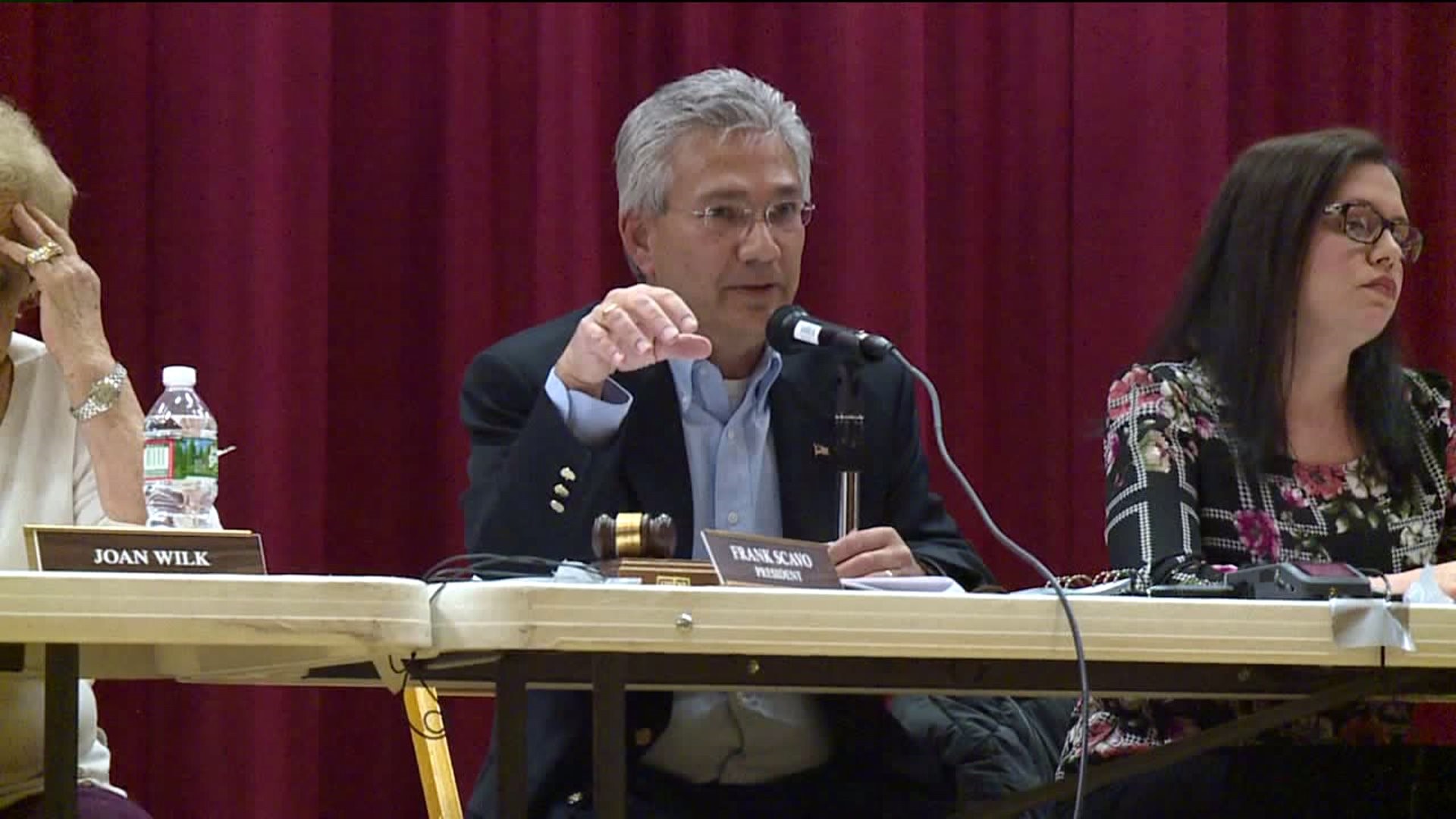 OLD FORGE, Pa. -- A school board president in Lackawanna County has had his title taken away.

Frank Scavo was voted out as president of the Old Forge School Board Thursday night.

The move comes after some offensive posts were found on his Facebook page.

“No,” said Frank Scavo as the members of the Old Forge School Board voted to force his resignation as board president. “Ok, now it's my turn to say I'm not resigning.”

Despite that declaration, Frank Scavo was out as the Old Forge School Board President, with five members voting to have him step down.

That was done at a special meeting at Old Forge High School.

Three members voted for him to stay on.

“I expected this. It's retribution. It's political bullying and it's a vendetta, and I'm not the first in the district to be attacked,” said Scavo.

This rebuke comes after Facebook posts on Scavo's page from 2015 resurfaced that many felt were anti-Muslim.

Scavo, who is the Republican candidate in the special election for the vacant seat in 114th State House district, publicly apologized for the posts.

He says stripping him of the school board presidency is a political attack from fellow board member Chris Thomas, who Scavo fired from his job as a job as a principal in the district.

“I had fired him as the principal who had the nefarious on his computer, so Mr. Thomas had to go,” said Scavo.

“This is a political attack by Frank against me to divert from the entire subject, the fact that he is a person who had racist and bigoted comments,” countered Thomas.

Also at the meeting, the new Old Forge School Board president and vice president were selected.

As the former vice president, Jenna Shotwell will now helm the board.

“I just felt it was our obligation as community leaders in the Old Forge School District to stand up against what Mr. Scavo said. I felt it was abhorrent,” said Shotwell.

Attendance was light for this special meeting, and when it came to public comment, no one stepped to the podium.

One person in attendance did speak after the meeting to defend Scavo.

“I have known Frank Scavo for years, and I've watched him work hard. I know he does have a ton of experience,” said Mary Nolduy from Dunmore.

The special election for the house seat in the 114th district will be held Tuesday, March 12.