HARRISBURG — A jury in Dauphin County court has found Graham Spanier guilty of one count of endangering the welfare of children. He was found not guilty o... 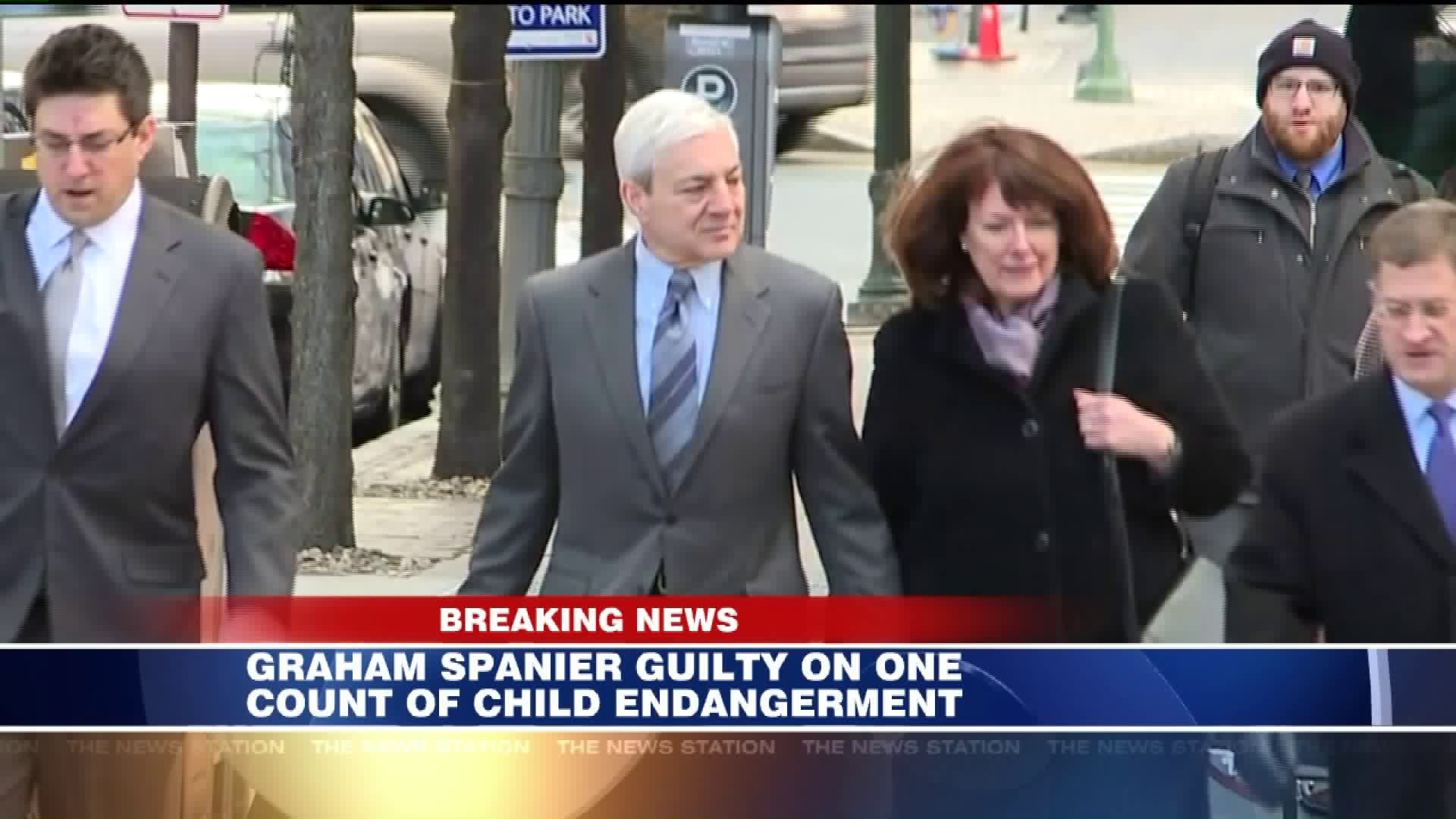 HARRISBURG -- A jury in Dauphin County court has found Graham Spanier guilty of one count of endangering the welfare of children. He was found not guilty on two other charges.

The jury returned the verdict Friday afternoon after more than 12 hours of deliberations over two days.

Attorneys for Spanier argued this was a judgment call and that Spanier did not engage in conspiracy. Spanier was found not guilty of that conspiracy charge.

The jury did find Spanier guilty on a lesser charge of endangering the welfare of a child. Essentially, jurors found he failed to protect children who came to Penn State's campus.

The state attorney general's office prosecuted this case and spoke with the media after the trial.

"Instead of reporting it to authorities, they consciously turned their backs and the abuse continued," said Pennsylvania Attorney General Josh Shapiro.

Lead prosecutor Laura Ditka says she is happy with the verdict.

"While we are obviously disappointed, the jury returned a verdict of one misdemeanor count. We're similarly gratified that's all they returned," said Silver.

Prosecutors said Spanier, along with former Penn State vice president Gary Schultz and former athletic director Tim Curley, was told about the abuse in 2001 but did not report it to police.

Spanier's defense team did not call any witnesses after the prosecution rested on Wednesday.

Graham Spanier faces the same sentence as Tim Curley and Gary Schultz: five years in prison and a $10,000 fine.

Jerry Sandusky was convicted in 2012 and sentenced to 30 to 60 years in prison. Sandusky is continuing his appeals and was in court in Centre County court on Friday.