Former Inmate to Head Pennsylvania Board of Pardons

HARRISBURG, Pa. — The new head of the Pennsylvania Board of Pardons is himself a convicted felon who spent time in state prison on drugs and weapons charg... 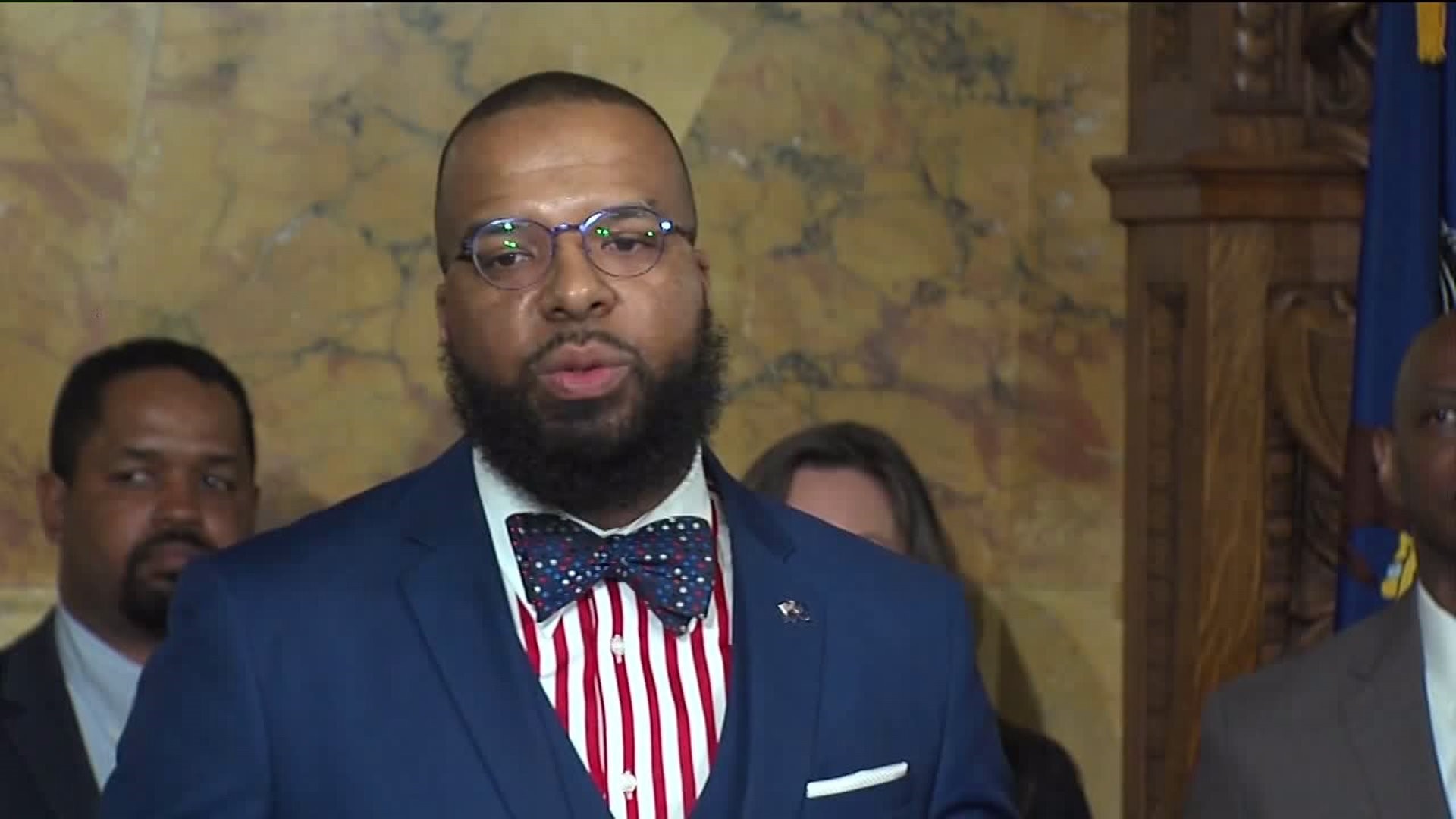 HARRISBURG, Pa. -- The new head of the Pennsylvania Board of Pardons is himself a convicted felon who spent time in state prison on drugs and weapons charges.

On Monday, the Wolf administration announced that convicted felon Brandon Flood will head up the state's Board of Pardons.

Just last month, the governor himself signed off on a pardon for Flood, making him eligible for this position.

Lieutenant Governor John Fetterman believes the man with the bow tie and loud shirt is the perfect person to lead the state's five-member board of pardons.

Brandon Flood spent nine years in state prison on drug dealing and weapons charges. He is now a father, but Flood says his time behind bars gives him the experience and understanding to head the pardon board.

"Oftentimes, when it comes to these positions of influence, a lot of times the decisionmakers do not possess that empathy, so with me, you do have someone who is empathetic," said Flood.

"And what better example of a second chance than somebody who has taken that very same path and received that same second chance," said Lt. Gov. John Fetterman.

Since leaving prison, Flood got his second chance almost a decade ago, when a state representative from Philadelphia took him on as a legislative assistant. He later worked as a lobbyist for labor unions and civil rights groups.

Recently, he led a rally in the state house to decriminalize having small amounts of marijuana.

He's also argued the $1,500 filing fee to get a felony record expunged eliminates many reformed inmates from even trying.

"There are a number of reforms that will require legislative action, so it is engaging our elected officials and our legislators," Flood said.

Flood hopes his appointment eases the stigma attached to felons wanting a second chance, and despite his criminal record, Flood says the input of victims of crime will remain very important in the pardoning process in Pennsylvania.