Former Hospital’s Assets up for Auction

ASHLAND — Tens of thousands of items are up for bid. A former hospital in Schuylkill County that filed for bankruptcy now must sell everything inside. Bit... 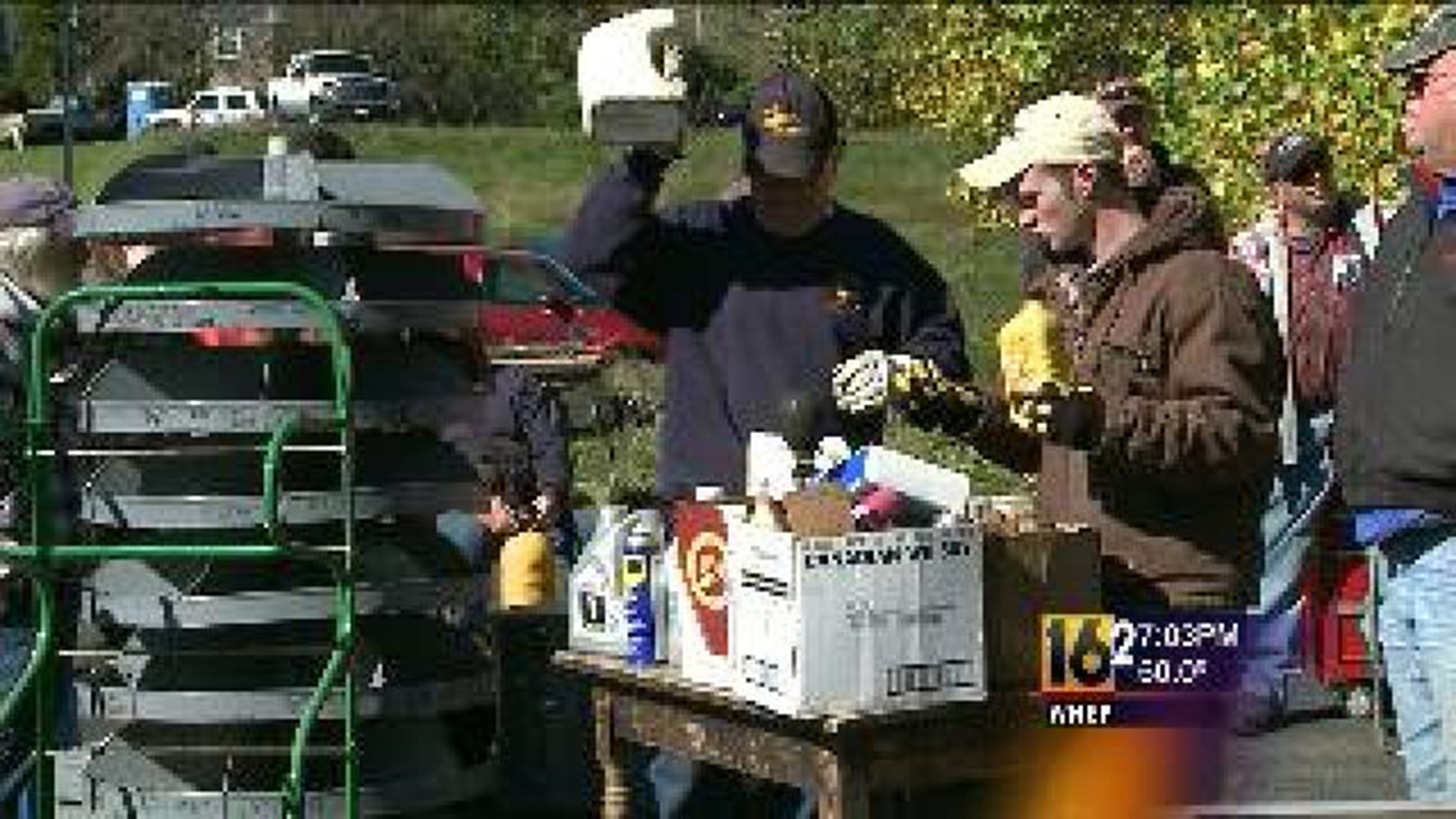 ASHLAND -- Tens of thousands of items are up for bid. A former hospital in Schuylkill County that filed for bankruptcy now must sell everything inside.

Bit by bit, items from the former Saint Catherine`s Medical Center near Ashland were put on the auction block.

Old wheelchairs and exam tables, even more than 10-tons of coal were all for sale to the highest bidder. All of it must go as part of a multi-day bankruptcy auction.

"We have basically a hospital that’s been in existence since before the turn of the century. This building itself and the contents of it have been here since the early 1960s," said William Schwab, bankruptcy trustee for St. Catherine's hospital. "We have anything you can imagine that a hospital would have that`s six stories high and has collected things over decades of operation. It all has to go. Under Chapter 7, we sell everything. If somebody wants to buy a blade of grass, I`ll sell it to them."

The first day of bidding, people like Bob Wentz, who owns an excavating company, came for the big stuff.

"I`m interested in a pick-up truck. They have two nice plow trucks here that have low mileage on them. We need a plow truck for the business. Maybe we can get one," said Bob Wentz of Pottsville.

Eugene Heyer had his eye on the dump truck he used to drive.

"I used to plow snow here and haul coal with it here and different things. I worked here for 10 years at this hospital," said Eugene Heyer of Ashland. "It's a shame. It was a nice place to work."

The hospital and long-term care facility have been closed since April amid operational and financial issues.

"I got some nuts, bolts, valves. I`ve made out pretty good," said Ronny White of Ringtown. "One man`s loss is another man`s gain."

Even Christmas decorations were on the auction block.

"Just looking for some antiques, but there`s not much of that here," said James Graver of Slatedale, who did not go home empty-handed. "Some Christmas ornaments. I don`t know what I`m going to do with them, but."

The hospital`s bankruptcy trustee hopes the auction raises more than $200,000 to help counter some of the several million in debt.

The auction continues Monday, with kitchen and office equipment and furniture for sale.

November 9, the hospital equipment will be up for auction on the internet and at the former St. Catherine's site.