FORKSTON TOWNSHIP– For people who live in Wyoming County the images of the 2011 floods are still fresh in their minds. Hurricane Irene and Tropical Storm ... 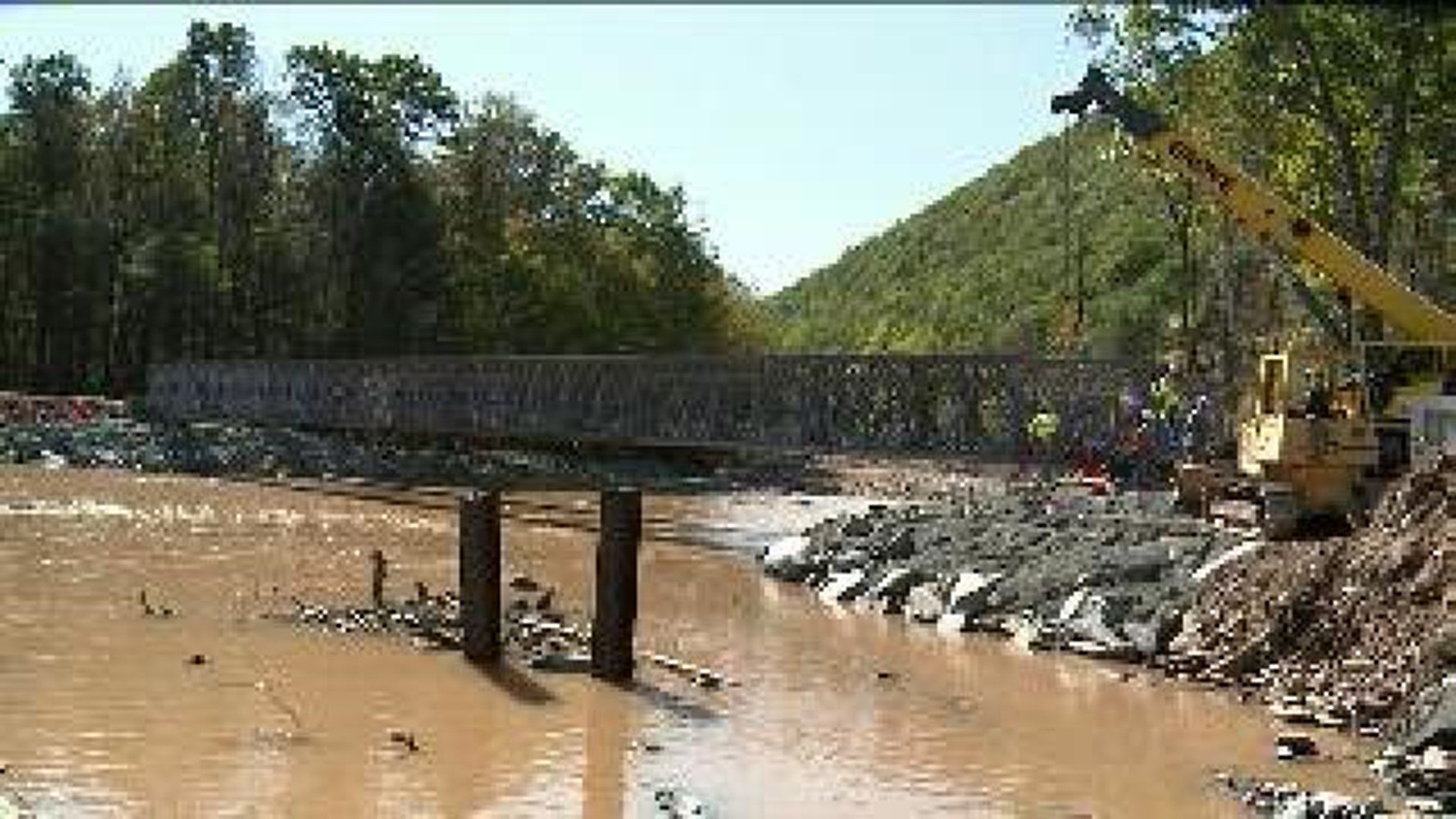 For people who live in Wyoming County the images of the 2011 floods are still fresh in their minds.

A few years later there have been some improvements in the small community , but there is still a lot of work that needs to be done.

"We've worked diligently to get done what we could do. We did some small projects to try and help render the problem and there needs to be more. I can't argue that," Gene Dziak, Wyoming County EMA Director said.

After the storms brought major flooding to Forkston Township work has been done to fix up the Mehoopany Creek.

Residents say they would still like to see improvements made to the creek.

County leaders, homeowners and representatives from PEMA and FEMA came together Monday to discuss the Mehoopany Creek and some of the issues residents are facing.

For a lot of homeowners it's a touchy subject.

"I love it there. I'm hoping everything gets cleared up and gets back to normal. It would be so nice," homeowner Nancy Kitner said.

"We lost 60 percent of the value of our house but we're still paying the same out of taxes. Figure that one out," Phil Howell of Forkston Township said.

After the floods Forkston Township was awarded money from FEMA to complete projects.

Several projects were completed, but the money only allowed them to make certain improvements.

They hope that somewhere down the road they can improve Forkston Township to the way it used to be.

"We are not sitting back asking people to give us anything. We are asking DEP to lighten up on their regulations and allow people to get into these creeks and clean this debris out," Louise Kling said.

Homeowners and county officials plan to create a committee so they can work together and come up with a plan to fix the Mehoopany Creek.