LUZERNE — Firefighters in Luzerne County encountered snow, slick roads, and water problems as they tried to save a log home that caught on fire Tuesday mo... 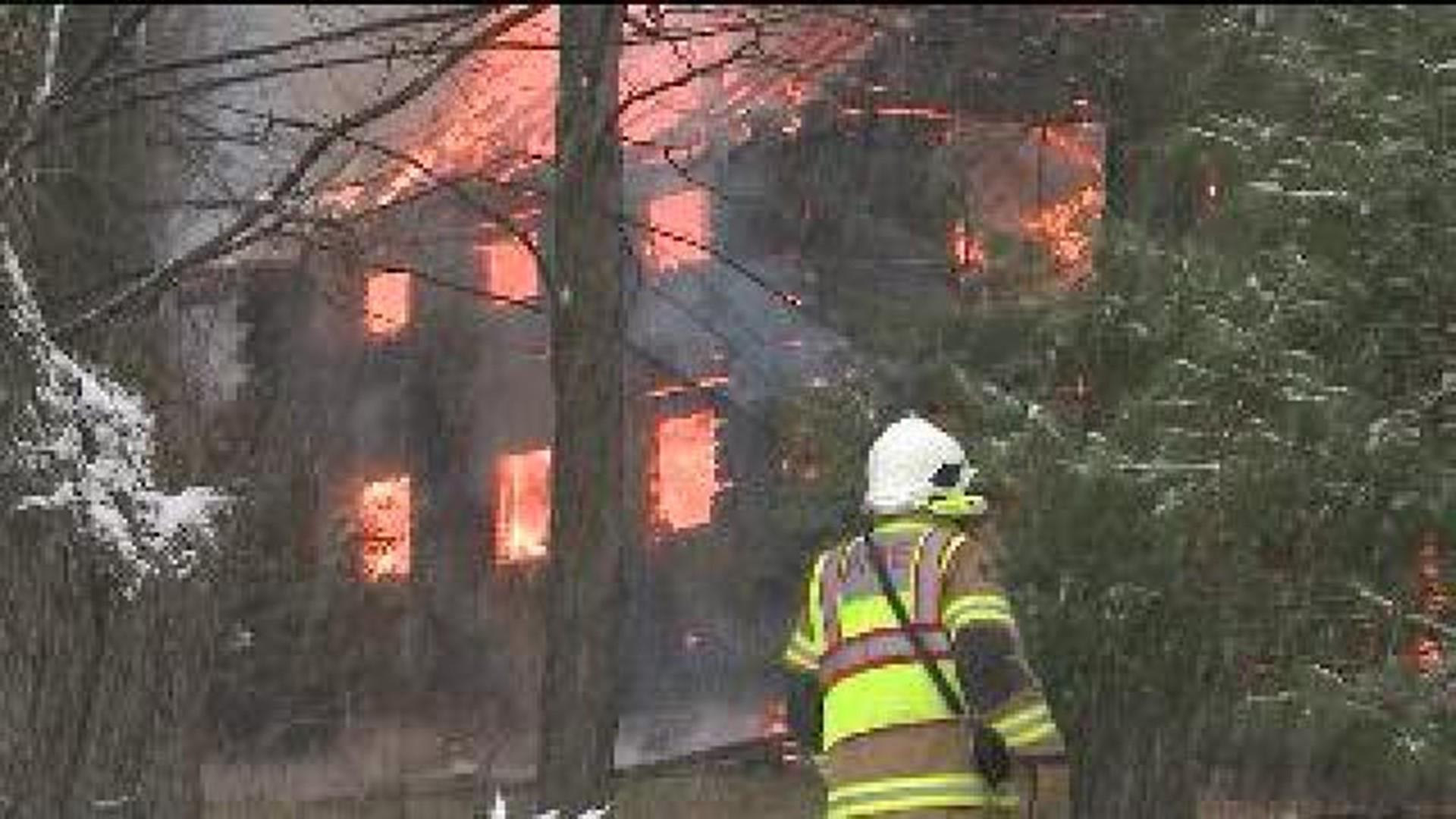 LUZERNE -- Firefighters in Luzerne County encountered snow, slick roads, and water problems as they tried to save a log home that caught on fire Tuesday morning.

The house is a total loss and the family fears that several dogs did not make it out.

That fire tore through the home for nearly an hour until firefighters were able to get water to the house on top of a steep hill.

People who live in Luzerne borough say they're not surprised that first responders encountered so many problems.

Ammunition could be heard exploding as flames tore through the log home on a private road off Cottage Avenue in Luzerne.

As the fire grew while snow fell around the house, borough crews spread cinders so fire trucks could get up the steep, snow-covered back roads.

Volunteers say it took about a mile of hose to reach the nearest hydrant at the base of the hill.

"We have everybody coming out to assist, we’ve got great turnout from all the volunteer departments but unfortunately, like I said, the roads are a hazard, it's hard getting these large trucks into the area. We’re fighting an uphill battle, literally and figuratively,” said Trucksville Volunteer Fire Department Chief Robert Smith.

Firefighters tell us that they struggled trying to pump water up the steep hillside. Other fire departments from throughout Luzerne County were called in to haul water with pumper trucks, to try and save what was left of that home.

"If a house catches fire up there, it’s a loss. But this is the worst. No fire truck can get up that road without doing damage to itself,” said Tom Blight of Luzerne.

Blight watched from his front porch as fire trucks tried to navigate the steep, curvy street.  He says he and other neighbors petitioned for changes to Cottage Avenue years ago, changes which he says could have prevented the family from losing their home and their dogs.

"There's the proof right there. It had to take a disaster, in my opinion, like this to happen. Now we’ll see what the borough does, or what the water company does. And I'm willing to bet nothing."

A state police fire marshal is looking into the cause of the blaze.

Firefighters tell us that no people were hurt but several dogs are believed to be dead.