TAMAQUA — Nine people were forced to run from their homes Wednesday morning after a fire in Schuylkill County, according to firefighters. Crews on scene s... 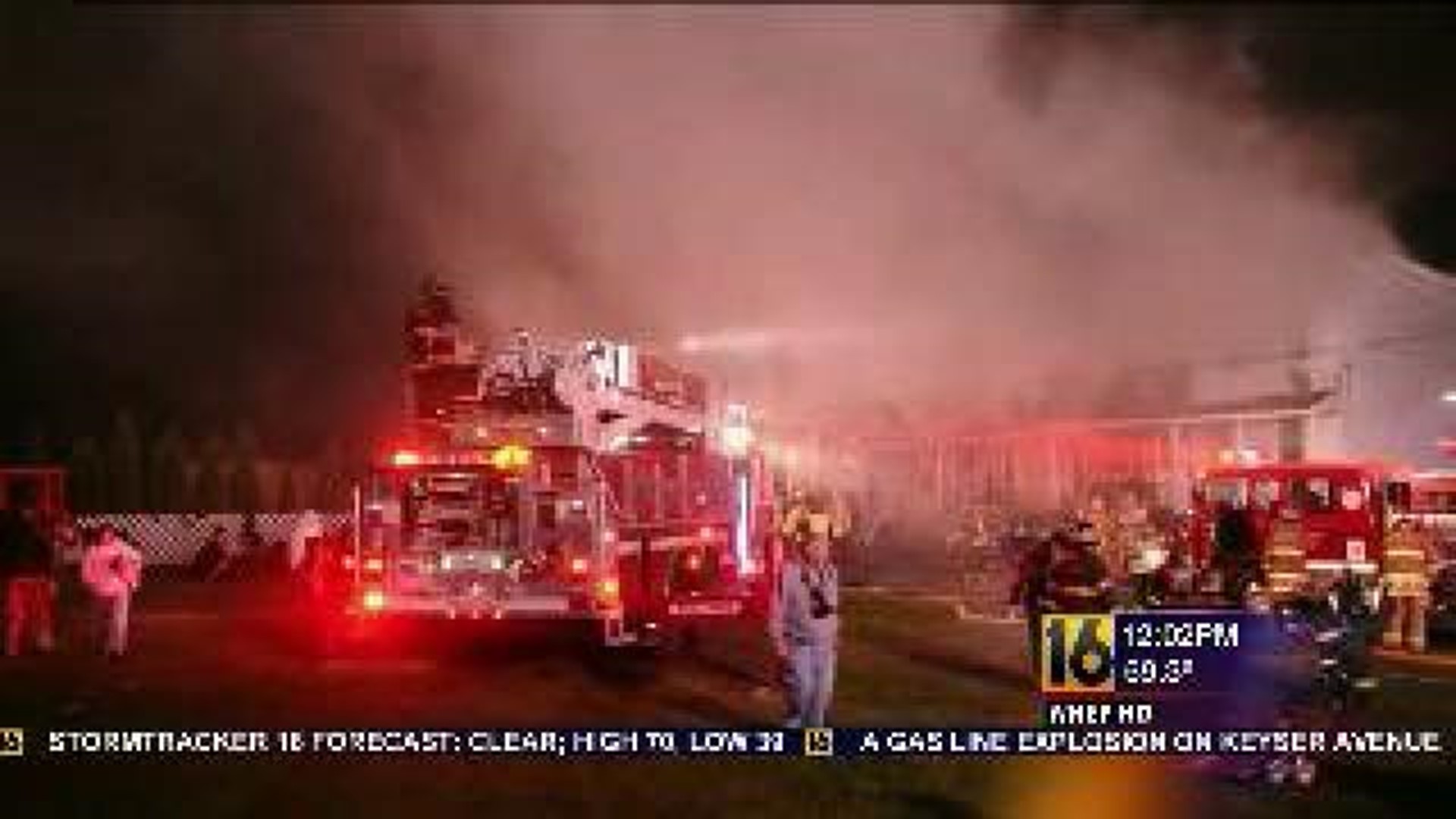 TAMAQUA -- Nine people were forced to run from their homes Wednesday morning after a fire in Schuylkill County, according to firefighters.

Crews on scene said flames started just before 5 a.m. at a home along the 100 block of Coal Street in Tamaqua.  The row homes are located just about a block from the Tamaqua Area High School.

Firefighters said no people were injured but four pets, a dog and three cats, did not survive.

Crews tell Newswatch 16 the blaze was not large, but big enough to damage four homes in all.  Two had some fire damage while another two, including a vacant home, had smoke damage.

When 115 Coal Street in Tamaqua went up in flames, many items inside were ruined.  A singed electric guitar and charred sneakers were just a few of the belongings Cody Counterman's family managed to save.

Cody says his life changed in minutes just before 5 a.m.

"I smelled smoke and just woke up.  I was like 'Oh, God,'" he said. "Terrifying, pretty much because I didn't know if we were going to make it out alive."

"My mom was like 'what's going with all of this smoke?' And I yelled 'there's a fire' and I grabbed my sister and we all just ran outside."

"There was smoke pouring out through the windows and the front door," said Roxanne Counterman. "It was thick, thick smoke."

Cody's mother Roxanne Counterman says she and her three children all got out safely.  But so much smoke so fast made it impossible to save some of their pets.   A family dog and three cats did not survive.  Firefighters think flames began in the basement.  What they're not sure of yet is how.   The smoke soon consumed a section of houses forcing a total of nine people out.

Fire investigators tell us four row homes were affected by the blaze but one of them on the end was vacant.

The American Red Cross and Salvation Army stepped in to help those affected.   The Countermans say they've lived there for about six years and did not have renter's insurance.  Now while they're left figuring out their next move, a state police fire marshal will try to find out how it all started.

The official cause of the fire remains under investigation.