COAL TOWNSHIP, Pa. — It’s been almost three and a half years since the Northumberland County Prison was destroyed by fire, but it will soon come ful... 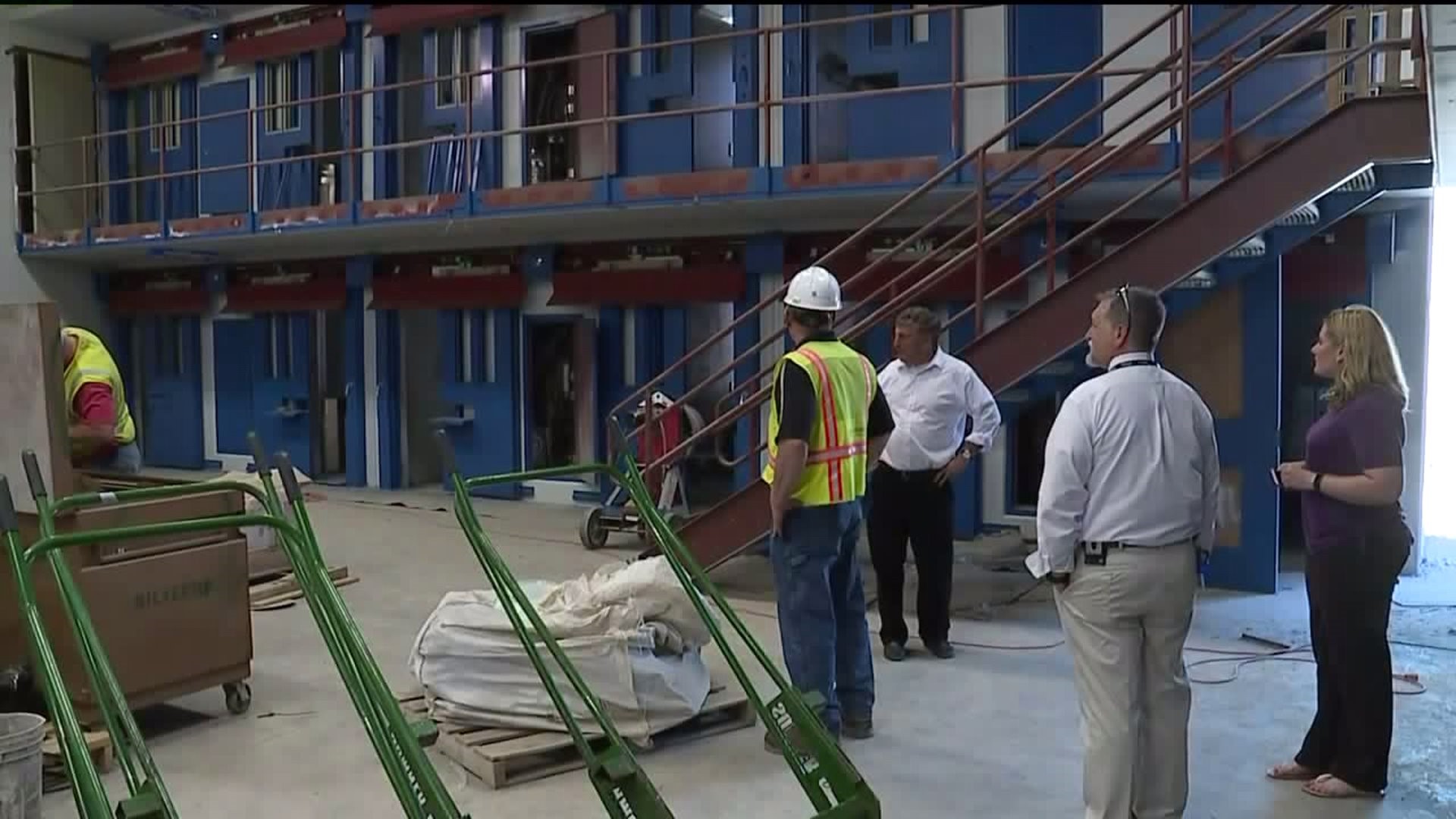 COAL TOWNSHIP, Pa. -- It's been almost three and a half years since the Northumberland County Prison was destroyed by fire, but it will soon come full circle. Construction is coming along on the new prison near Shamokin.

Officials got a tour of the facility on Tuesday.

County commissioners say the finish line is near, as the new Northumberland County Prison is set to open soon after Labor Day. It is at the site of the former Northwestern Academy near Shamokin.

"To see them make good decisions and now be on the edge of opening a facility, what, three, three and a half years later? They did a nice job," Pennsylvania Department of Corrections Secretary John Wetzel said.

Wetzel toured the facility, which is still under construction. The prison will be able to hold nearly 300 inmates, including 60 to 80 females.

"Most county facilities don't have female space, so we're hoping to get some revenue by counties sending female inmates to our facility here," Northumberland County Commissioner Sam Schiccatano said.

Also on the property is a drug rehabilitation/detox facility, which is a project between eight counties.

"They're going to have detox beds right next to their county prison. That's awesome," Wetzel said.

Some prisoners will be given the option to go to jail or rehab.

"We see overdoses all the time with deaths in the paper. If we can start saving some of our kids and some of our adults who are on drugs, I think that's a great accomplishment," Schiccatano said.