First Look at ‘The Irishman,’ Mob Movie with Local Ties

KINGSTON, Pa. — In the new trailer for the Netflix movie “The Irishman,” people will see the past come to life as the lives of Jimmy Hoffa, Russell Bufali... 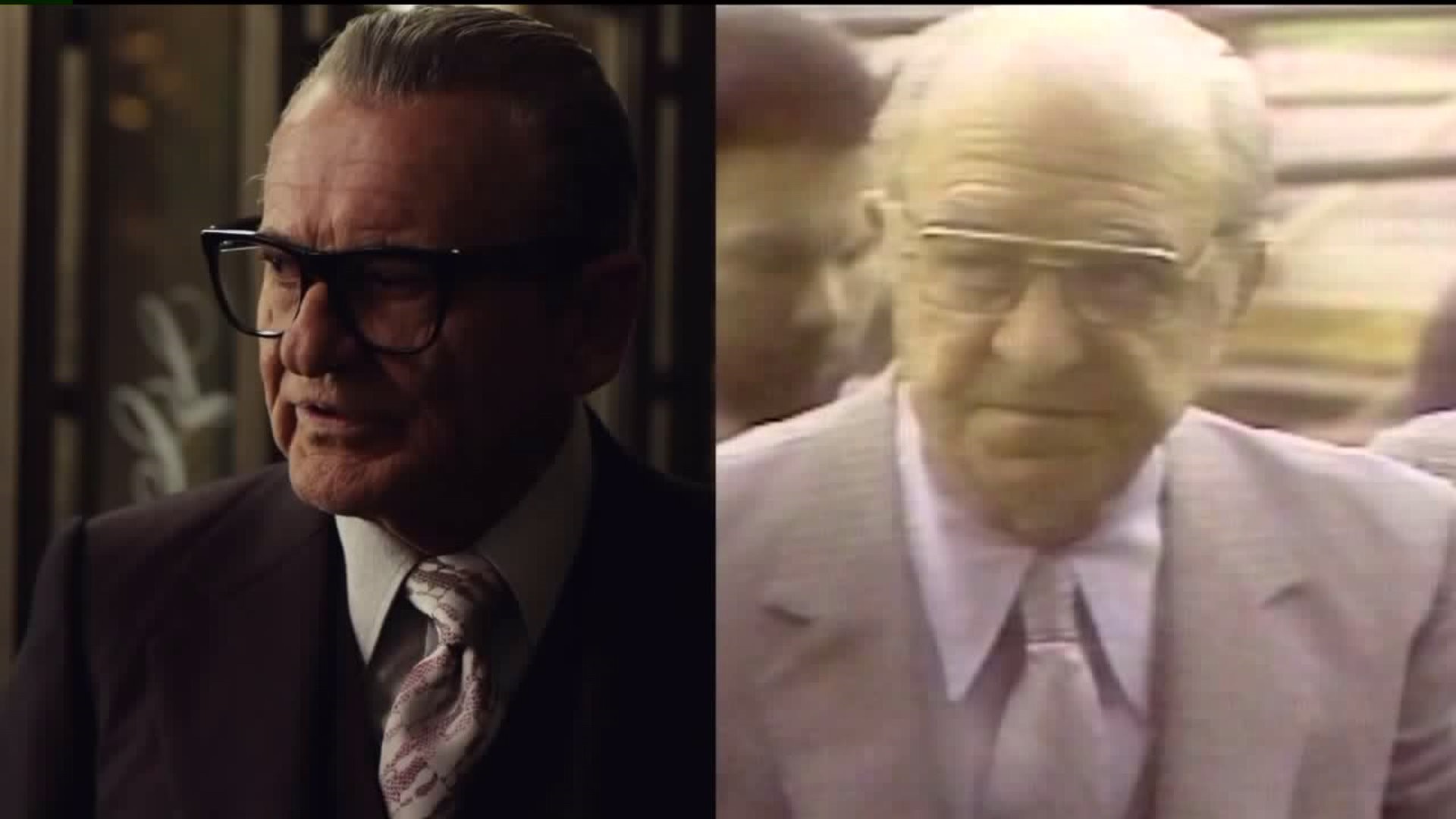 KINGSTON, Pa. -- In the new trailer for the Netflix movie “The Irishman,” people will see the past come to life as the lives of Jimmy Hoffa, Russell Bufalino, and the Bufalino crime family’s alleged hitman Frank Sheeran are played out in a story of organized crime, based on the book “I Heard You Paint Houses.”

Directed by Martin Scorsese, it's an A-list cast with actors including Robert De Niro as Sheeran, Al Pacino as Hoffa, Joe Pesci as Bufalino.

Bufalino, the man who would be known as one of the most powerful mafia bosses, lived in Kingston.

Jessica Appolo lives down the street and thinks the movie will do well here.

“Even reading the book, some of the places that were named, you recognize them right away and you sense that this is a part of our area,” said Appolo.

David Yonki is a local political and pop culture blogger.

“Anytime you have a story about a local resident, it kind of adds to the color of the area, no matter whether it was deemed good or bad, or alleged,” said Yonki.

Al Gomez was a featured extra in the movie as an associate of legendary mafia boss Sam Giacana.

“We went to wardrobe and everything. It was set up like it was in the '60s so I'm looking, I'm like, I look pretty ridiculous right now, but it actually came out very good,” said Gomez.

While history remembers Russell Bufalino as a powerful mobster, Yonki says he was very generous to the people in his home community.

“Especially after the anthracite mines closed that he would be giving out shoes to young people, to children and helping people out and charitable causes,” said Yonki,

“The Irishman” is set to be released at the New York Film Festival in September.