TOWANDA, Pa. — A woman in Bradford County who shaved her head to support a little girl fighting brain cancer is now in need of some community support hers... 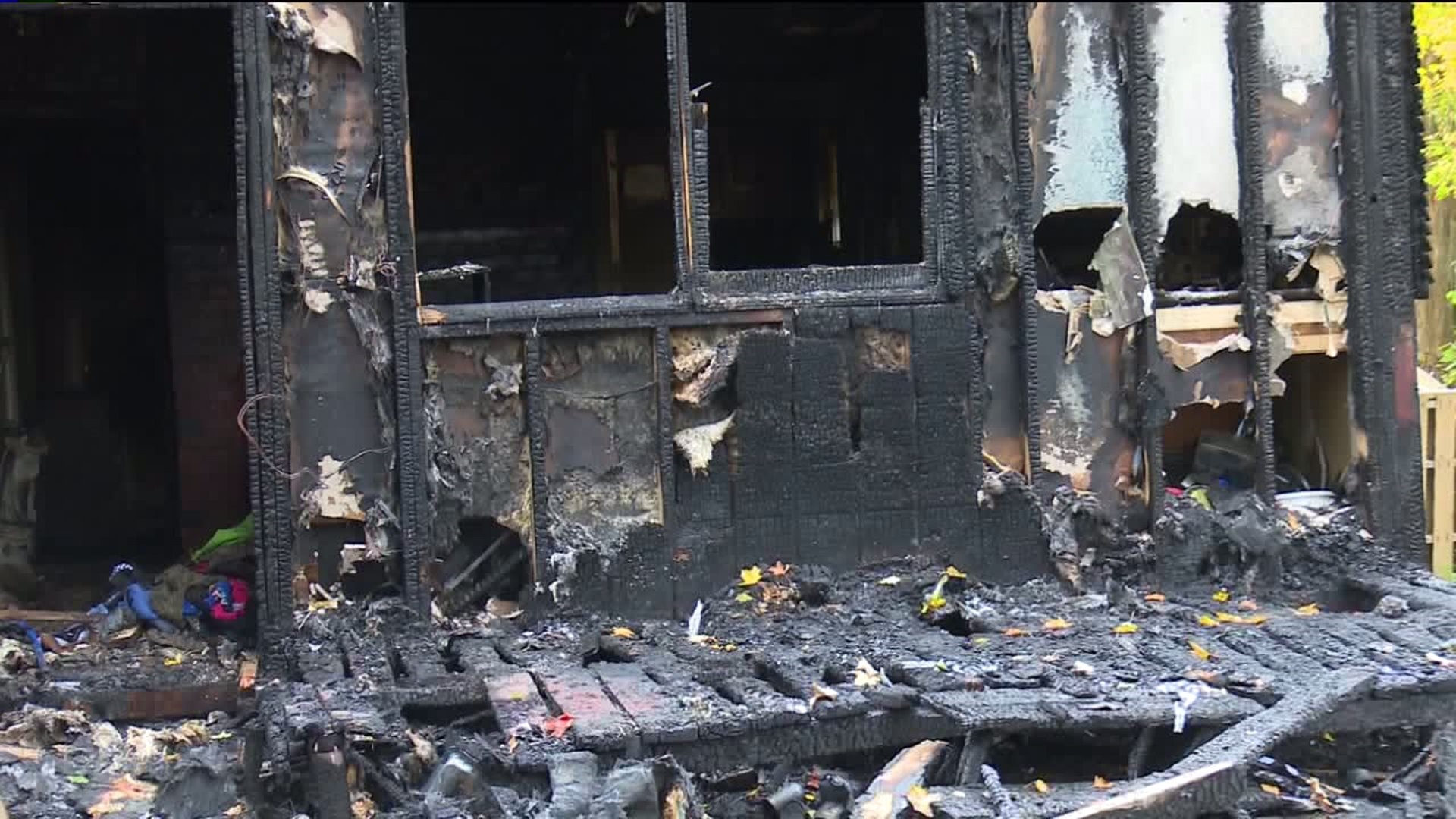 TOWANDA, Pa. -- A woman in Bradford County who shaved her head to support a little girl fighting brain cancer is now in need of some community support herself.

That mother of four lost her home Tuesday morning to a devastating fire.

Among the charred rubble that now covers the backyard of the home in Towanda, you can still see children's toys and household items.

Everything inside the home off Mix Avenue has been damaged by smoke or water. It belonged to the family of Kim Skaggs.

You may remember seeing her on Newswatch 16 last Friday when she shaved her head to show her support for Ariah Cook, a 6-year-old girl from Ulster Township battling brain cancer.

I promise this story will make your day. https://t.co/gVIjeZYDsx

"I didn't want her to feel alone. So, I decided to get rid of my hair too so we could look pretty together," said Skaggs.

Just before 6 a.m. Tuesday, the home where Kim lives with her husband and four children went up in flames.

"I just couldn't believe it honestly. I mean, of all people," said Shannon Mccarthy.

Shannon Mccarthy lives just around the corner, and she's known the Skaggs family for more than 20 years.

"I mean, she has such a big heart. Sometimes you wonder why these things happen, but she's strong, and we have a strong community. Everyone's gonna stand behind them, and they have each other," said Mccarthy.

According to the Towanda Fire Department, only Kim and her dog were in the home at the time of the fire, and both made it out safely.

Kim ran out with only the clothes on her back.

"I mean, she doesn't even have shoes right now," said Mccarthy.

The Skaggs are staying in a nearby hotel right now.

Several members of the community have offered to donate clothing, shoes, and toiletries. Kim's sister started a fundraiser on Facebook.

Newswatch 16 went back to the Stylin Station Salon, where Kim and Ariah got their haircuts together just a few days ago.

"Karma's not supposed to work like this. It's very shocking that this happened to her being that she just did this amazing thing for this little girl," said Tara Gardner, a hairstylist at The Stylin' Station Salon.

The cause of the fire is still under investigation.