LIMESTONE TOWNSHIP — Owners of a farm in Union County are cleaning up after crews spent six hours fighting a barn fire that killed six pigs. It broke out ... 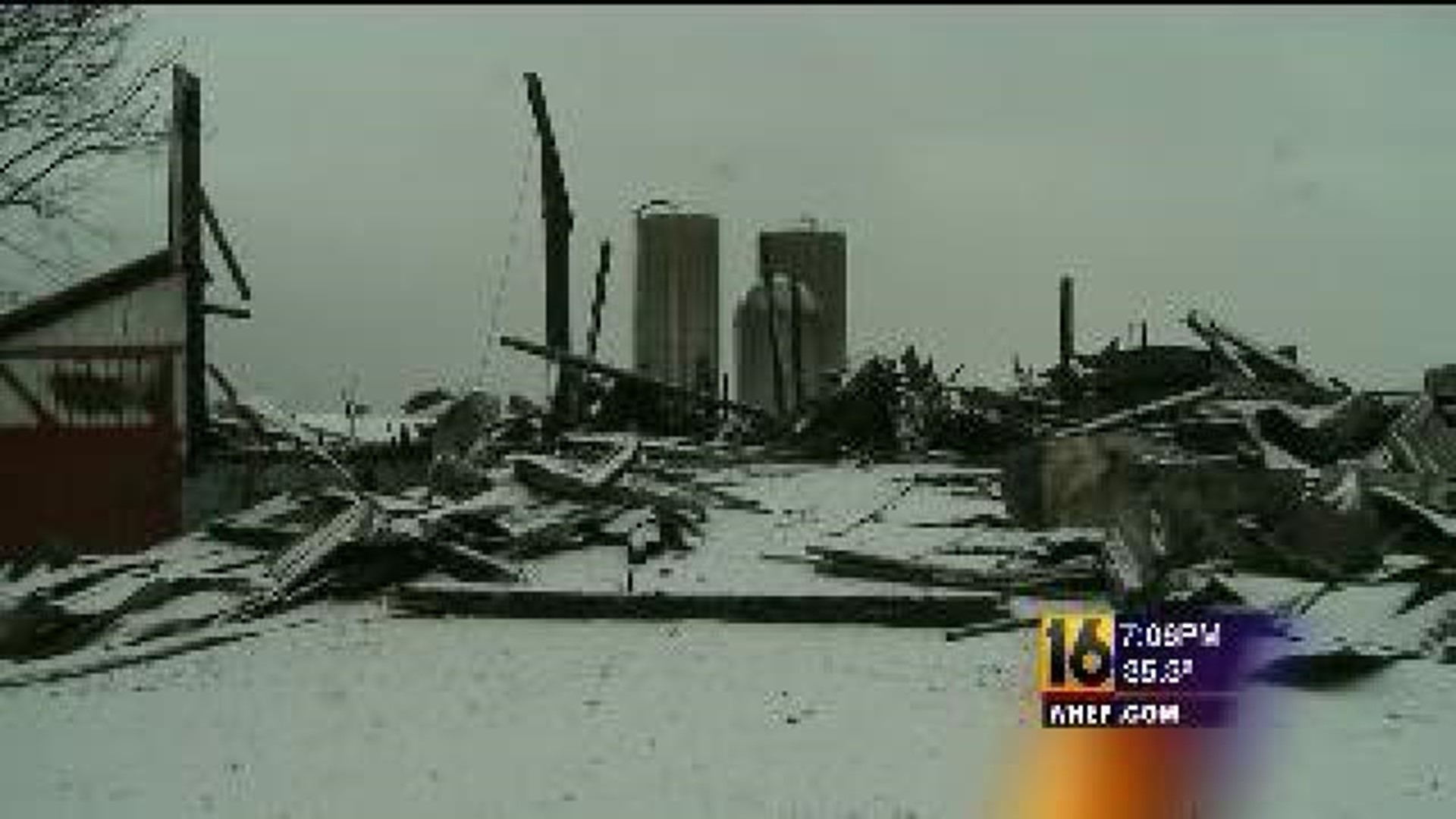 LIMESTONE TOWNSHIP -- Owners of a farm in Union County are cleaning up after crews spent six hours fighting a barn fire that killed six pigs. It broke out just after 11 last night at Sauers Haven Farm near New Berlin.

The flames are out, but the smoke keeps coming in this charred barn along Route 304 near New Berlin. With that smoke, the reality of loss sets in for Rob and Bob Sauers, who own Sauers Haven Farm.

"It's a mess. I just can't imagine all the work cleaning everything up and trying to get things back to normal," said Rob Sauers, one of the owner of Sauers Haven Farm.

In all, two barns went down, half a dozen wagons and other equipment destroyed, and six pigs killed in the fire.

"Tried to get my pigs out and I couldn't," said Rob Sauers.

It was Rob's father, Bob, who first heard a loud bang just after 11 at night. He says he ran out of the house to see one of the farm's century-old barns up in flames.

"Til the firetrucks got here, it takes some time til they get here and then it spread it to the barn," said Bob Sauers, another owner of Sauers Haven Farm.

Just to give you an idea of how hot this fire was, the fire started right behind me and the wind blew it over this way toward the pool, where it melted the fence.

Rob estimates about $100,000 in damage, most of which should be covered by insurance. But the biggest loss, he says is irreplacable.

"It's something you never want to have to see. Just hearing those pigs and I couldn't get them," said Rob Sauers.

A fire marshal will visit later this week to investigate exactly how the fire started.