SOUTH ABINGTON TOWNSHIP, Pa. — A family in Lackawanna County says someone vandalized a memorial for their loved one at the South Abington Rec Park. A plaq... 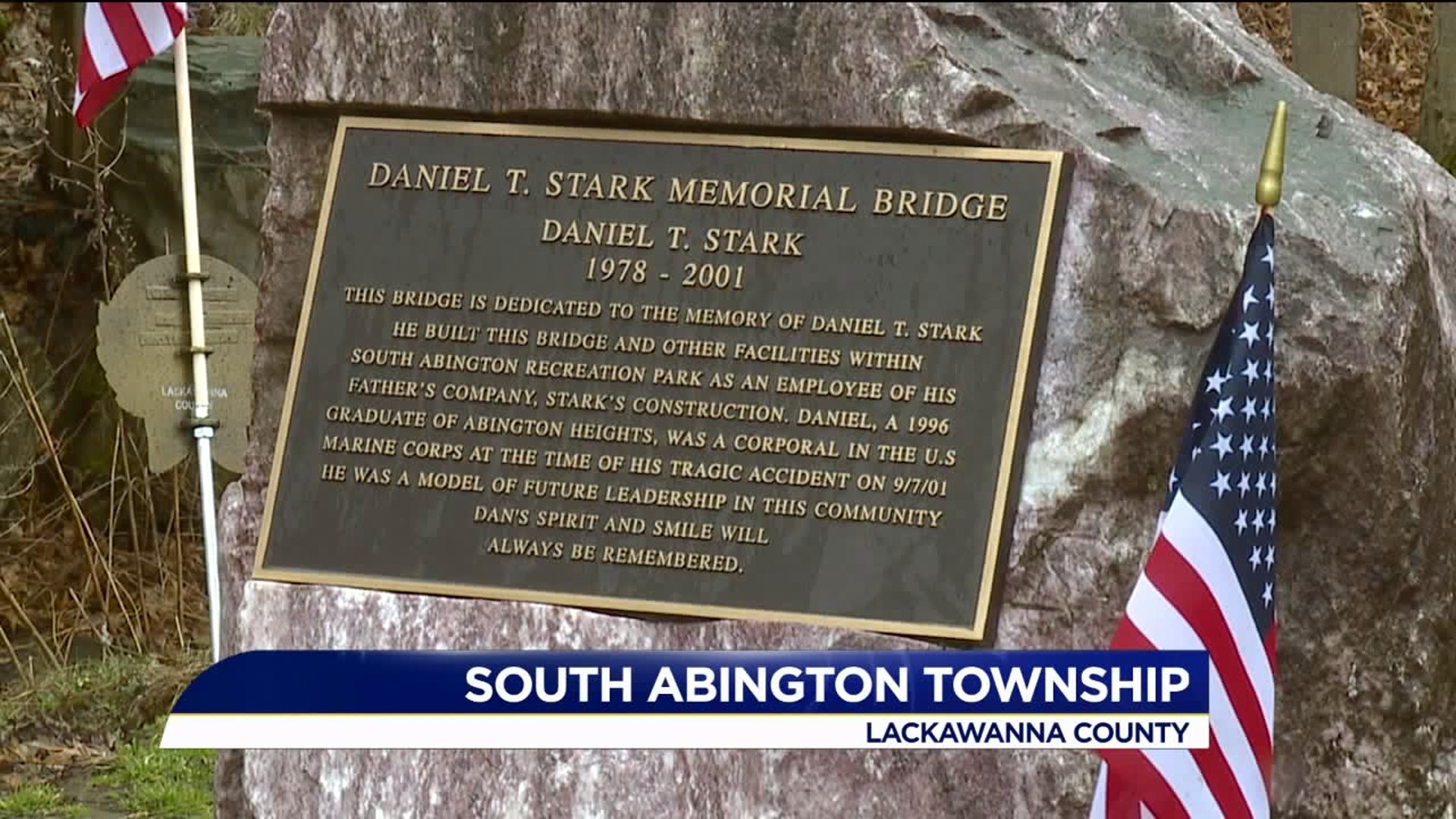 SOUTH ABINGTON TOWNSHIP, Pa. -- A family in Lackawanna County says someone vandalized a memorial for their loved one at the South Abington Rec Park.

A plaque honors Daniel Stark, a native of South Abington Township, who was a marine killed in a motorcycle accident in 2001.

A picture posted to Jamie Stark Davis's Facebook shows an American flag sitting in the creek that runs through South Abington Rec Park near Clarks Summit.

Davis says that flag was one of several missing from the memorial for her late brother, Daniel Stark.

She believes someone intentionally threw it in the creek that runs under the bridge named in Daniel's honor.

“I noticed the flags were missing from the holders and when I crossed the bridge I could see the flag in the water, so they were snapped off,” said Davis. “At first, I was hoping it was the wind, they had blown out but they were snapped in half.”

Daniel served as a Marine Corporal in Afghanistan and Kosovo in the late '90s before he was killed in a motorcycle crash in Lackawanna County in 2001.

A relative has already replaced the missing flags, but the family says this isn't the first time the memorial has been vandalized.

“Sometimes people leave little memorials here for him and there was an angel statue here maybe two years ago. That was smashed,” said Davis.

“It's heartbreaking because we did put a lot of effort into trying to keep it nice, my sister brings down things for every season and she gets upset too,” said Daniel’s mother, Ellen Stark.

Jamie and Ellen say memorial rock was paid for with funds donated by the community and that the township placed it here because it was their family's construction company that helped build this park.

“We built the bridges and a lot of the other park things. We put the lawns in and he always helped his dad, he's been working with my husband since he's 9 years old,” said Stark.

The park closes at 11 p.m. and the family believes the vandalism happens after dark.

They ask people to keep watch for anything suspicious during the evening.