Family Rings in 2013 With Baby Girl

WILLIAMSPORT — What better way to start out 2013 than with a New Year’s baby? A family in central Pennsylvania welcomed a baby girl within the first... 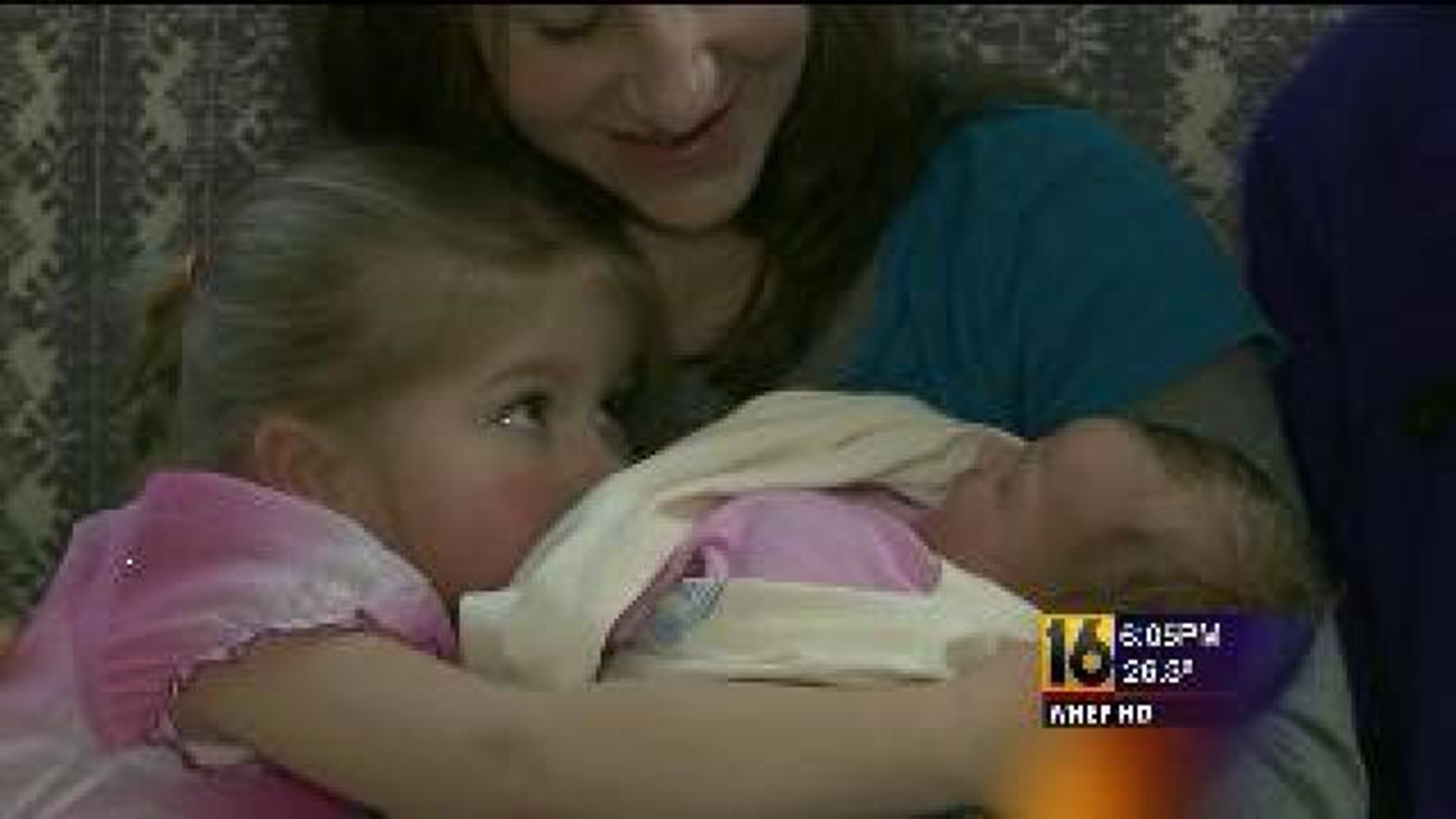 WILLIAMSPORT -- What better way to start out 2013 than with a New Year's baby?

A family in central Pennsylvania welcomed a baby girl within the first hour of the new year.

Last year, four-year-old Ryleigh Sox was an only child. Then, shortly after midnight on New Year's Day, she became a big sister.

Mom Sarah gave birth to a 7 pound, 13 ounce baby girl named Rhyan, the first newborn of 2013 at the hospital in Williamsport.

"We were watching the clock and it was right after 12, a new year baby then," said Sarah Sox.

The family of four spent New Year's Day at Williamsport Regional Medical Center. Dad Kristopher said he and his wife chose not to find out if Rhyan was a girl or boy, until 12:38 a.m. when she was born.

Little Rhyan and mom Sarah should be able to go home to McElhattan soon, starting off the new year with something small the family can celebrate in a big way.

"She's truly a blessing for us, for our family," said Orwig. "Probably the most worthwhile New Year's I've spent in my life."

According to statistics, 8 babies are born every minute in the United States. That means little Rhyan Sox is one of the many babies born in the first hour of 2013.