MAHANOY CITY — Firefighters and police in Mahanoy City have a mystery on their hands. What caused an explosion and fire in the basement of a home on East ... 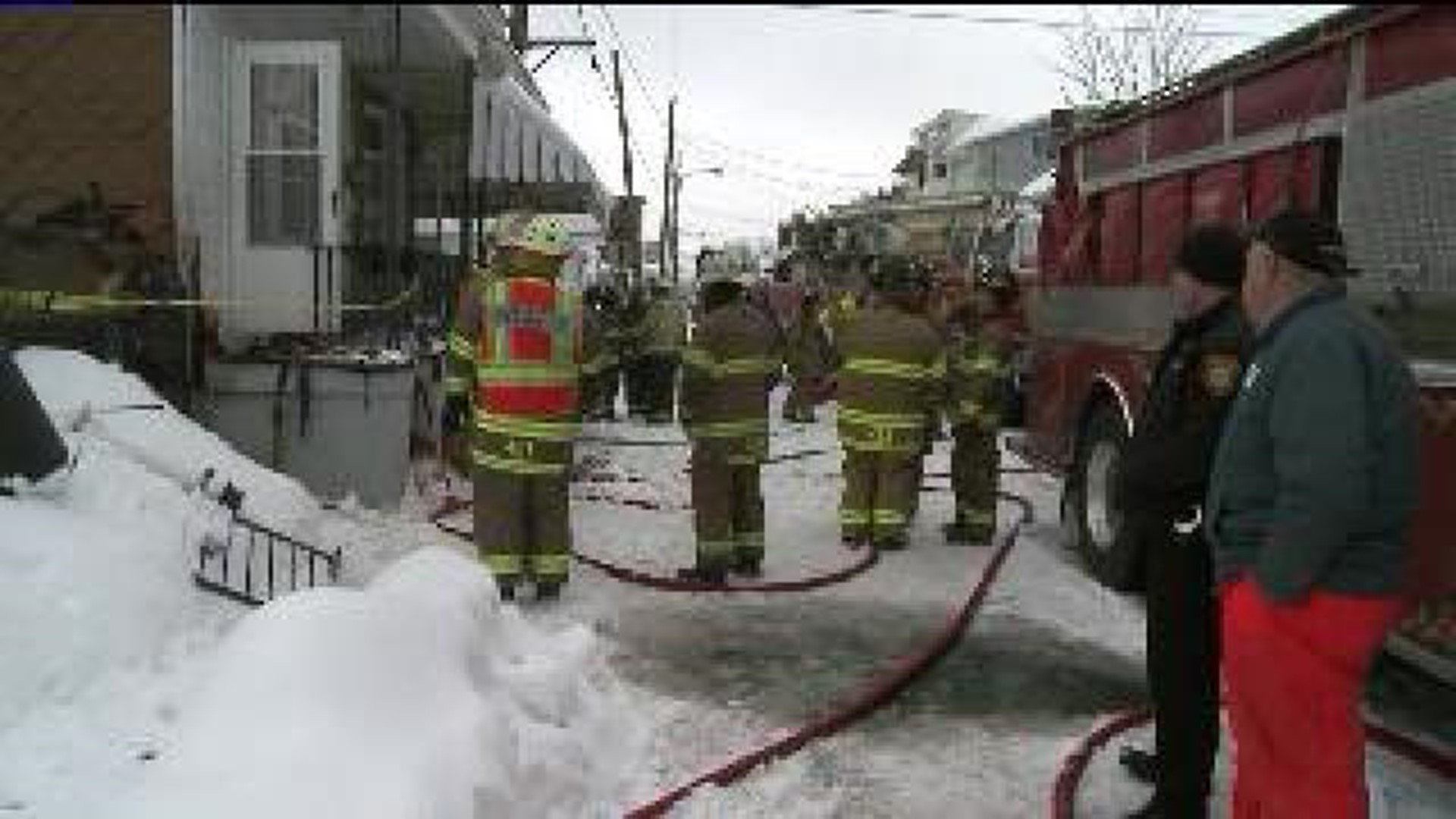 MAHANOY CITY -- Firefighters and police in Mahanoy City have a mystery on their hands. What caused an explosion and fire in the basement of a home on East Pine Street?

Investigators inspected a propane truck which was making a delivery to a neighbor at the time, around 11 a.m. Tuesday.  The hose stretched near the foundation of the damaged home.

Truck owner Bob Gabardi says the hose was wrapped up and the delivery was finished when the explosion was heard.

“We took all the hoses off for them, pressured it for them and checked there is no leak in the hose. The truck has no leaks,” Gabardi said.

You can clearly see the structural damage of the home. Neighbors say they heard an explosion.

“It doesn't look like it was started by the furnace but again it's under investigation,” said Mahanoy City Fire Chief Randy Kalce. “It's important to the homeowner and to us to find out what happened.”

Peggy Palavage was at home when the blast rocked the building. She was too upset to talk to us on camera. A family member was handed some of her personal belongings from the house, a house which fire officials say is now too dangerous to live in.

Dan Wetzel lives next door to the damaged home.

“What really scared me, when I got a call at work that the house was on fire, the wife was hysterical and by the time I got here they pretty much had everything under control and they saved my house,” said Wetzel.

A state police fire marshal will join the investigation to help figure out what caused the mystery explosion and fire.