Elite Motors: Is It Still In Business?

SCRANTON — The Pennsylvania Attorney General’s Office continues to prosecute a used car dealership in our area accused of ripping off at least 30 bu... 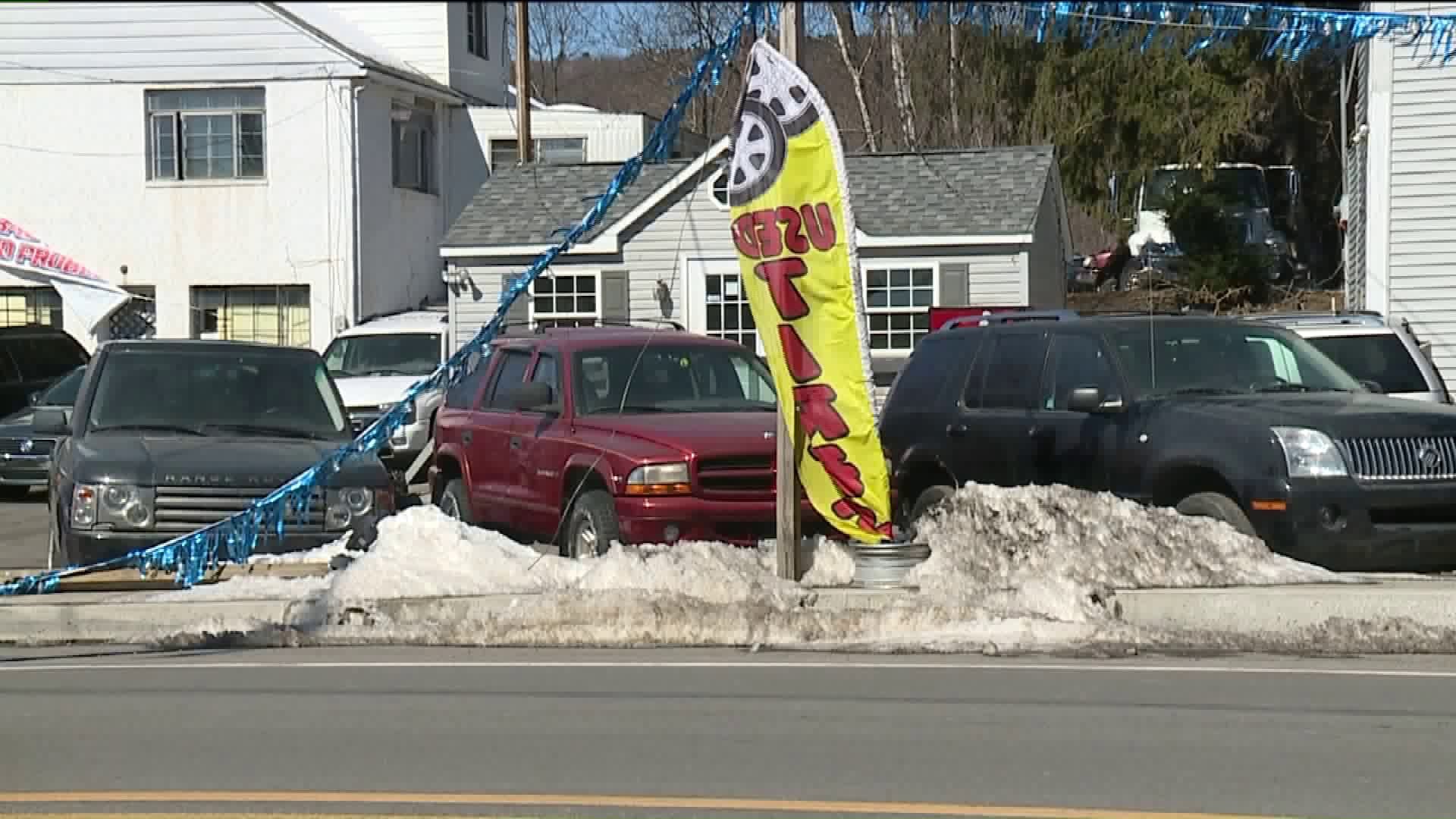 SCRANTON -- The Pennsylvania Attorney General's Office continues to prosecute a used car dealership in our area accused of ripping off at least 30 buyers. The question now, however, is simple: Will those who claimed they were cheated by Elite Motors ever have a chance to get their money back?

The Attorney General's lawsuit claims that Elite Motors cheated customers and sold defective cars, SUV's, and pickup trucks to more than 30 people. While Elite Motors operated two dealerships in the region -- one in Plains Township, and another along Keyser Avenue in Scranton -- neither appears to be operational in present day.

In Plains Township near Wilkes-Barre, the landlord evicted Elite Motors from the lot in the fall of 2016.

When Newswatch 16 approached the Plains Township lot, the front window still bears the phone number for Elite -- however, when you dial the number it says it is no longer in service.

As for Scranton's Keyser Avenue lot? It's set to be sold at a judicial sale, because owner Robert Ferri owes more than $21,000 in back taxes.

Newswatch 16 also tried the phone number for the Scranton lot -- to the same end.

This does not bode well for the nearly 3 dozen people who claim they were ripped off by Ferri -- they worry they might not get their money back, now that Elite Motors does not appear to be in business.

One former customer, Annamarie Medina of Scranton, bought a used Kia from Elite Motors in 2014. She claims that not long after the purchase, the car began to fall apart.

"Bad brakes, bad rotors, tires are bad," said Medina. "The bumper is still not fixed, and the bumper is now off the car, because of the wind and the storms this winter."

Since her initial purchase, Medina spent more than $2,000 just to keep the car drive-able.

She plans to be a witness for the Attorney General's Office in the lawsuit against Elite Motors and owner Robert Ferri. But even if she can't get restitution, she hopes her complains helped push the dealership and its owner out of the used car business.

Newswatch 16 Investigates attempted to get Robert Ferri to comment -- but we were unable to find him, and apparently we were not alone.

The Lackawanna County Sheriff's Deputies could not find Ferri to notify him of the judicial sale of the Keyser Avenue lot, which was scheduled for Monday.

UPDATE: As of late Friday afternoon, Ferri paid the $21,000 in back taxes, meaning the lot on Keyser Avenue will no longer be up for judicial sale. However, the State Attorney General's lawsuit still continues.