DUNMORE, Pa. — Dunmore fans rallied at Carmella’s Restaurant as they watched the girls’ basketball team fight for the title of best in the sta... 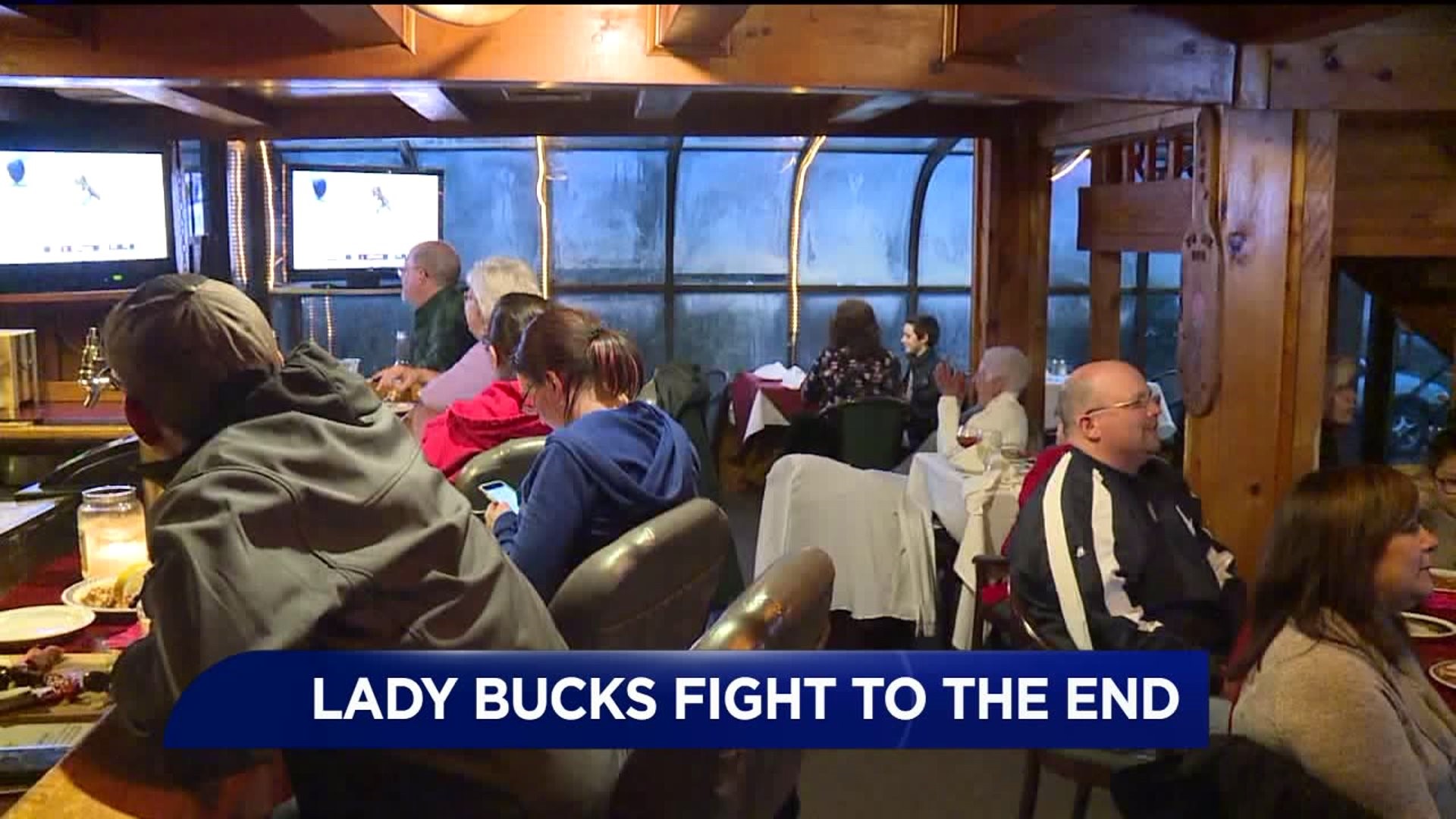 DUNMORE, Pa. -- Dunmore fans rallied at Carmella's Restaurant as they watched the girls' basketball team fight for the title of best in the state.

The Lady Bucks rallied too, after falling behind in the first half of the state championship game in Hershey.

But unfortunately, in the end, Dunmore lost 49 to 43 in a nail biter.

“The first half, I thought they got out of sync a little bit but the second half they played very, very hard, you got to be proud of them,” said Rick Sabato.

And played hard they did. The Lady Bucks were trailing the team from Delone Catholic by double digits going into the third quarter but managed to close that gap by the fourth.

“It shows a lot of heart, I mean those kids have a lot of heart at what they did and they should be proud of themselves,” said Scott Hercher.

Fans say the fact the team made it all the way to the championship game undefeated with 29 wins and no losses was incredible enough.

“I`m proud of those girls, I really am, they came a long way,” said Liz Yurkovick.

If the Lady Bucks had won the game, it would have made school history, it being the first state championship title the team claimed.

“That would have been very exciting but come in second place, got to be proud,” said Sabato. “I think all of Dunmore is still going to be proud, no doubt about it.”

“They shouldn't be forgotten, they were 29 and 1, that's a really good season,” said Hercher.