WILLIAMSPORT — More than 500 people, many holding signs, crowded into a room at Lycoming College in Williamsport late Monday afternoon. They were there to... 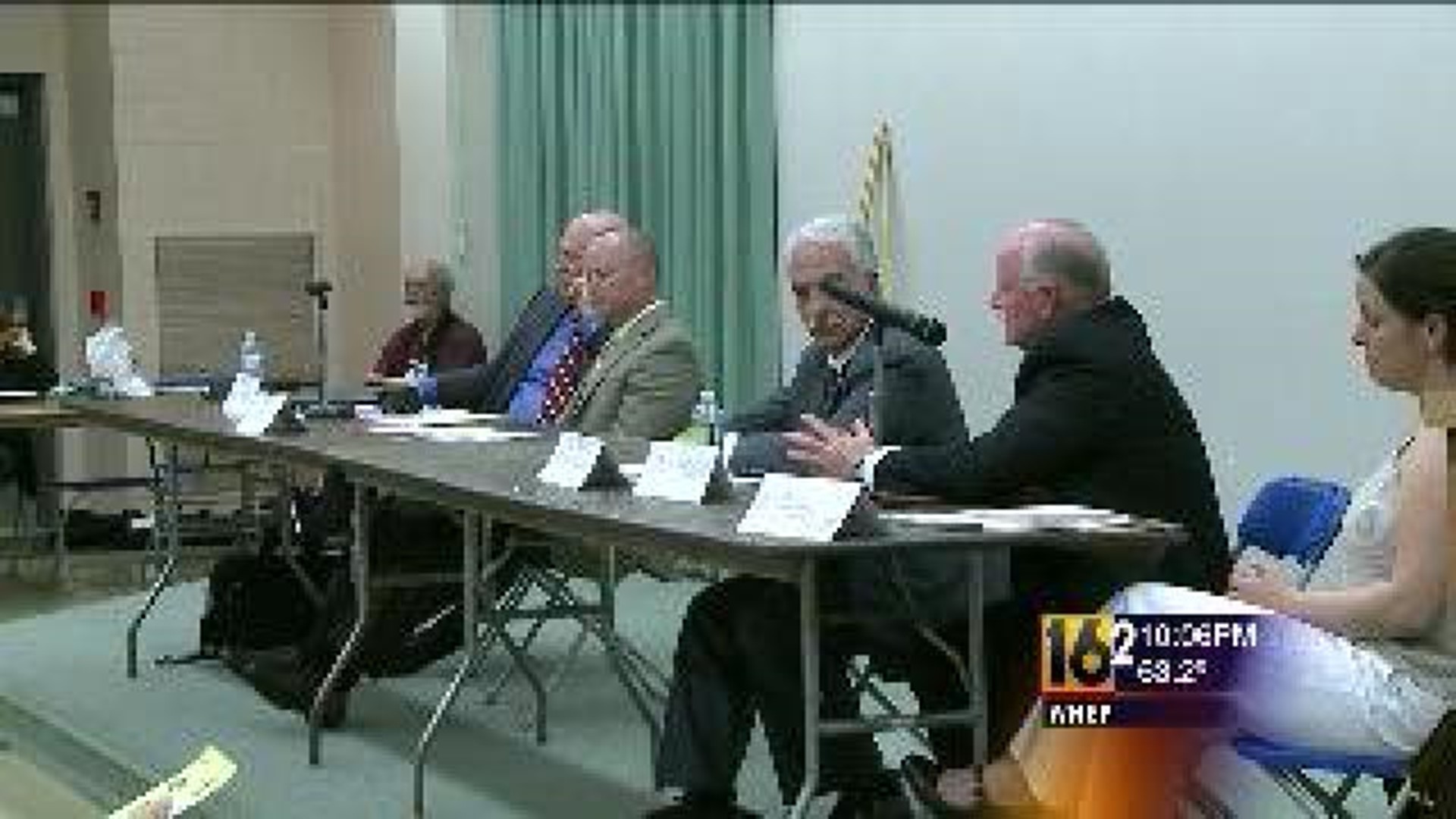 WILLIAMSPORT -- More than 500 people, many holding signs, crowded into a room at Lycoming College in Williamsport late Monday afternoon.

They were there to protest gas drilling on thousands of acres of the Loyalsock State Forest.

The forest stretches over 100,000 acres in Bradford, Lycoming, and Sullivan Counties.

The part of the forest that could be drilled includes what is called Logger’s Path and an area known as Rock Run.

"We have people who have come in from all over the state today to attend this hearing to tell DCNR to let rock run alone. Keep it wild,"said Jeff Shmidt of the Pennsylvania Sierra Club.

The Pennsylvania Department of Conservation and Natural Resources (DCNR) held the meeting about plans for gas development in the state forest.

"Lots of people were asking for the opportunity to let us know what their concerns were, why they think we should or shouldn’t do this," said Chris Novak, press secretary for the DCNR.

The drilling issue is a complex one legally, but some at the meeting said it seems clear cut to them: the land belongs to the people and the wildlife and should not be drilled.

”We are sacrificing our land mass our other natural resources such as water, clean air," said John Trallo of Sonestown.

"I think the government doesn’t care who it impacts and I think that’s sick," said Ralph Kisberg of Williamsport.

"I feel very strongly about it because I am 92 years old this month so I have a lot of memories. I remember when I first dropped a worm in the end of a fishing line into the Rock Run area when I was 11 years old," said Jack McKee of Williamsport.

DCNR officials said they will consider the public input. No word on when a decision may be reached.