A few dozen men and women can now call themselves Americans. The ceremony in Williamsport Thursday was a happy one for those new citizens who came here from all... 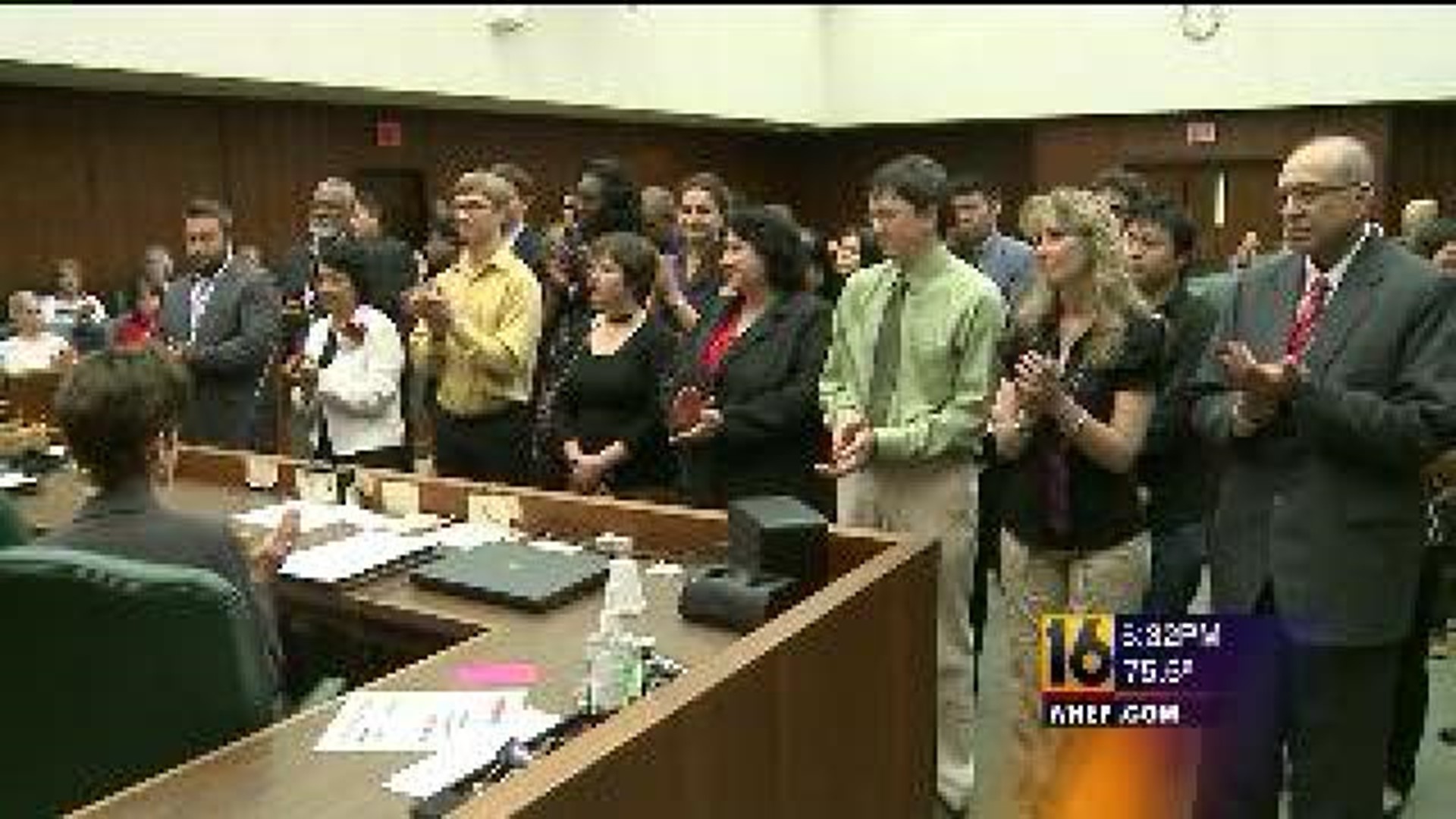 A few dozen men and women can now call themselves Americans.

The ceremony in Williamsport Thursday was a happy one for those new citizens who came here from all over the world.

You could sense the excitement in the courtroom at the federal courthouse in Williamsport. The families and friends of soon-to-be U.S. citizens were there as their loved ones made it official.

Once all 34 men and women stood before the judge, he administered the oath of allegiance.

Linden Lewis has lived in the U.S. nearly 20 years. Nowadays he is from Lewisburg and only now can call himself an American citizen.

"There is a story to be told by all of us here about the journeys we have taken to arrive at this stage," said Lewis.

When the ceremony was over, members of the Daughters of the American Revolution handed out flags and the proud, new Americans posed for photos.

Edward Rosbach of Forksville met his girlfriend, Gabriella while at work. She said it is a dream come true and the couple cannot be happier.

"It means a lot, she's been through a lot to do this," said Rosbach.

Then there was Claudia Mantilla Herrera who has come all the way from Colombia to Coudersport. With her husband and son by her side, she was overcome with emotion.

"It took six months, it's very organized. They took my fingerprints. You're just ecstatic. You've got a wonderful country," she said.

It may have been a long road for those 34 new U.S. citizens to get to the point where they are today, but said it was well worth it. The judge has said they have to participate in the U.S. democracy, starting out this November, voting in their first election.