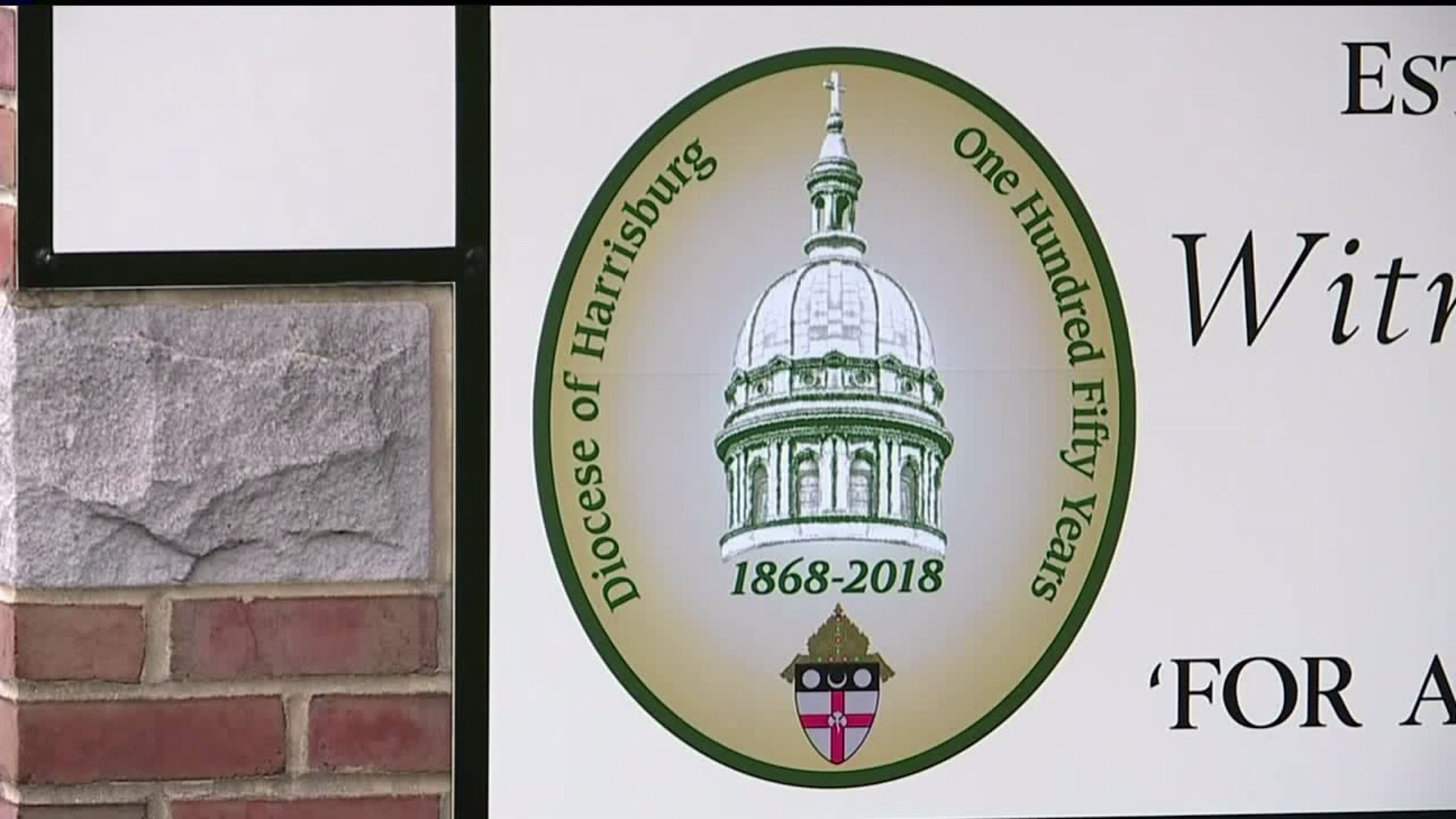 HARRISBURG, Pa. -- The Diocese of Harrisburg has published a list of 71 people connected with the diocese accused of sexual abuse, and launched a new website -- youthprotectionhbg.com -- to combat the issue, officials announced at a news conference Wednesday morning.

Bishop Ronald Gainer announced the findings of the diocese own internal investigation into child sex abuse.

Bishop Gainer said the Diocese of Harrisburg Youth Protection Program is dedicated to the healing and reconciliation of victims of sexual abuse as a minor.

The bishop also waived any past confidentiality rights agreements so survivors can feel free to tell their story.

"Many of those victimized as children continue as survivors to suffer from the harm they experienced. In my own name, and in the name of the diocesan church of Harrisburg, I express profound sorrow and I apologize to the survivors of child sex abuse," said Bishop Ronald Gainer, Diocese of Harrisburg.

Bishop Gainer waives any past confidentiality rights agreements so survivors can feel free to tell their survivors. @WNEP pic.twitter.com/GPdcpdXlWB

The list of people accused stretches back to the 1940s. According to the diocese, since 1941 there have been 71 priests, deacons, or seminarians accused of sexual abuse of a child.

This all comes after the state Supreme Court said a grand jury report on six dioceses in Pennsylvania can be made public later this month.

"We thought it was appropriate for us to provide a list of clergy accused of abuse against them," Bishop Gainer said.

The bishop also announced the names of those accused of sex abuse on the list and the names of all bishops in charge after 1947 will be taken down from buildings or any place of honor.

Members of the diocese say the investigation has caused them to not only look at their past but also their future.

The diocese now has what they call an aggressive safe environment program with procedures for addressing allegations of sexual abuse.

All employees and volunteers are now screened with multiple background certifications. They're also trained to recognize and report child abuse.

"The present and the future of our church is very different and I want to say as far as possible, it's a safe environment for our children," the bishop added.