HARRISBURG — Many of those who spent Friday stranded on highways in the Poconos wonder how they could be stuck for so long, 11 years after a similar event... 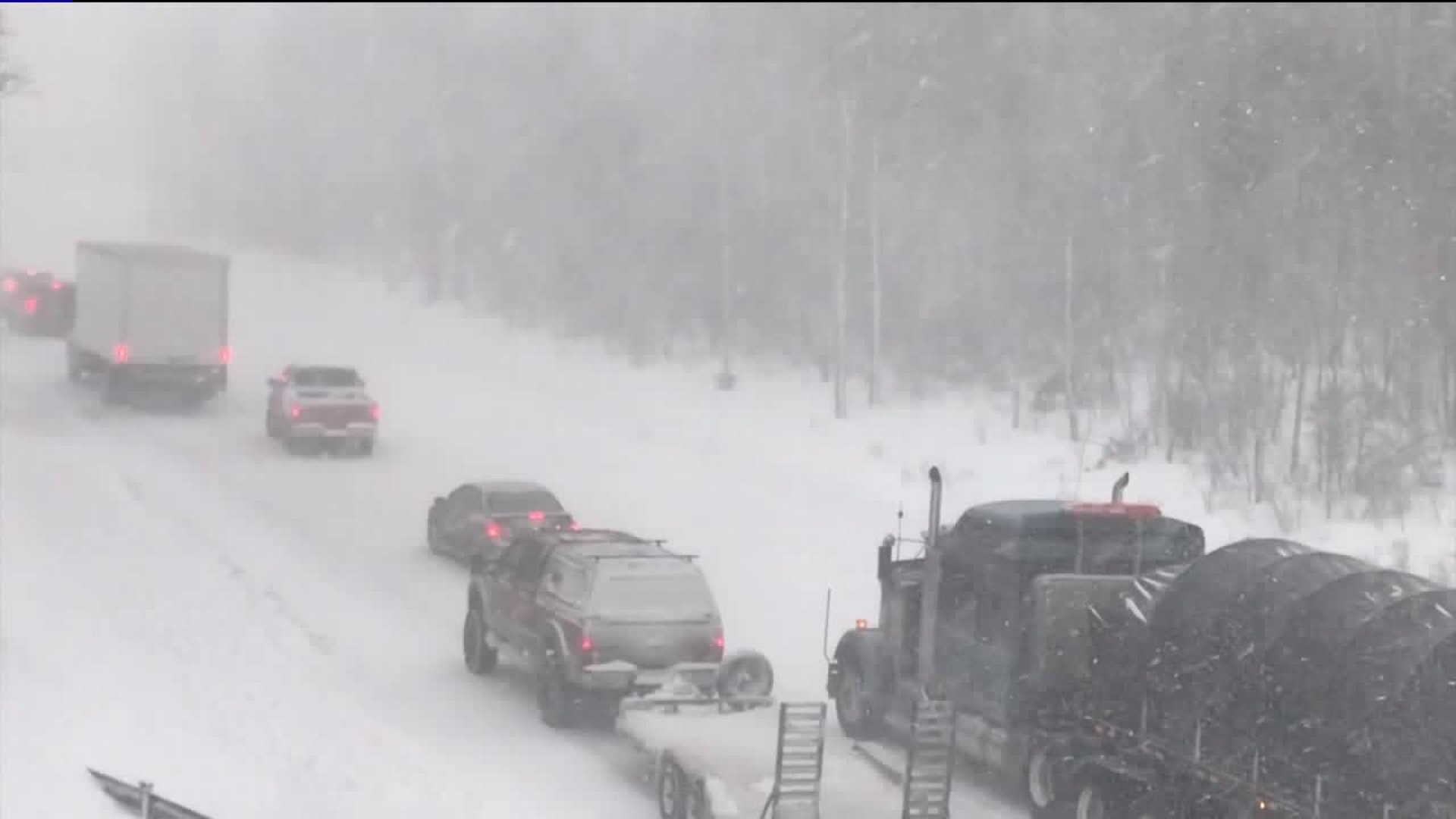 HARRISBURG -- Many of those who spent Friday stranded on highways in the Poconos wonder how they could be stuck for so long, 11 years after a similar event left hundreds of drivers similarly stranded on area interstates.

A report from a crisis management firm blamed the 2007 incident on what it calls a "total breakdown in communications."

Some who were stuck in the Poconos for a part of the weekend wonder if history repeated itself.

Back on Valentine's Day 2007, like this weekend, drivers sat in their cars and trucks on interstates, unable to go anywhere.

Lawmakers representing the Poconos say they've been bombarded with phone calls. People wonder how after the storm of 2007, and the changes recommended in its wake, could so many cars be stuck on highways for so long.

During the storm of 2007, Baker had just finished her first month serving in the Senate.

Six weeks after that storm, a critical report from a crisis management firm called for changes to the way PEMA communicates with other state agencies to get crews in place ahead of storms.

"I think the lessons that we should have learned from that, clearly we did not learn," Sen. Baker said.

Flinn says his agency could not keep drivers from being stranded. Instead, it helped hundreds after they got stuck.

"Our emphasis was recognizing (that this could happen)," Flinn said. "So we activated early, got the Guard in early, totally different than the St. Valentine's Day (storm)."

Flinn also says PEMA and other state agencies will soon review the way they handled the storm in the Poconos.

They will ask if the state could have done more to reduce the number of stranded cars and trucks and reduce the amount of time they spent stuck on the road.