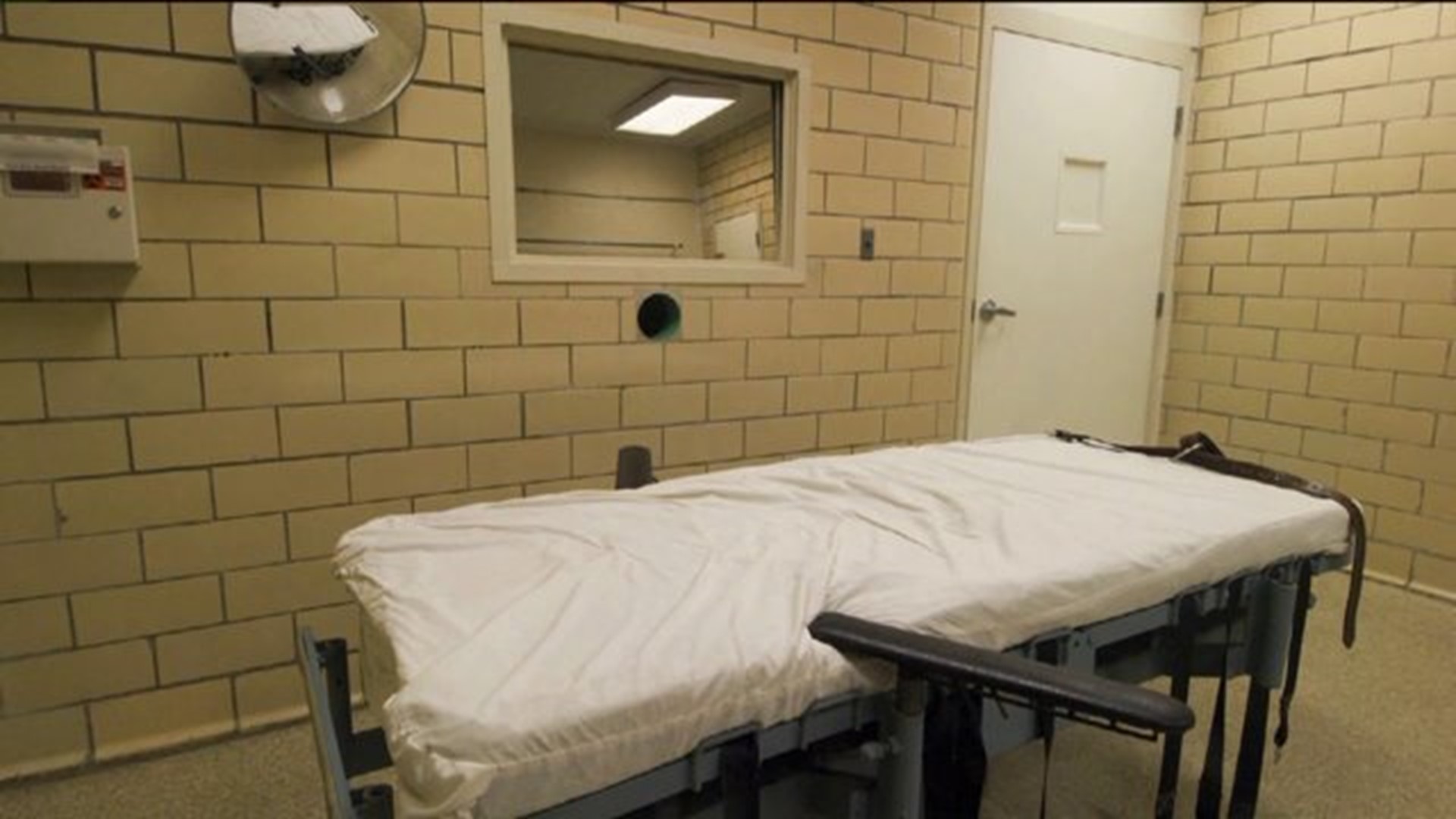 It's been more than a decade since the last execution in Pennsylvania which leaves some people wondering why we even have a death penalty in Pennsylvania if no convicted criminals are put to death.

"He should die. He was found guilty. He killed two officers. We've waited long enough."

Two Bradford County women say it's been a long 10 year wait, waiting for the day that justice is served and Dustin Briggs is finally put to death.

"He killed two people, two family men. He ruined countless lives so I have no problem with it being done," said Kim Burgert, the widow of one of the victims.

Briggs took the lives of two Bradford County deputy sheriffs in 2004 outside of a Wells Township home. Now, 10 years after the crime, Dustin Briggs is still alive.

"I just want to see him gone. To me there is no complete closure ever, but the burden of him being executed would help me," said the victim's mother Margo Davidson.

"There's just not enough justice for what was done to him."

A binder full of newspaper clippings is a reminder everyday of how James Sementelli was brutally murdered at 83 years old. He survived the bombings at Pearl Harbor, but not the hands of Shonda Walter.

"I think somebody ought to do the same thing to her in a human way, just not brutal like the way she did," said the victim's brother Bill Sementelli.

In 2003, Shonda Walter struck her elderly neighbor 66 times with a hatchet in his home. She's been locked up at SCI Muncy where she's one of three women in the state on death row.

"She should be punished for what she did, not living on death row for the next 50 years or whatever it takes until she dies."

Probably the most famous death row case is that of George Banks, who killed 13 people, including members of his family. He's been on death row for decades but was later declared "incompetent to be executed."

In a recent jailhouse letter to Newswatch 16, Banks wrote:

"Across the board, all of my civil and constitutional rights were horrendously violated, and are continuing to be so, every nano second I spend in prison illegally!"

"When they are out of their cells for showers, visits, use of the mini law library, phone calls, etc. they are escorted by at least two officers and are handcuffed and shackled," Department of Corrections Secretary Susan McNaughton said.

Every year millions of dollars are spent to house these inmates in state prisons. The Pennsylvania Department of Corrections secretary said most of that is due to increased staff for these inmates.

"Due to the extra staffing that is required to manage a capital case inmate, the cost rises to about $45,000 per inmate per year," McNaughton said.

"I don't think that we deserve to kill anyone," said attorney Bill Ruzzo.

Attorney Ruzzo has been a public defender for more than 20 years. He's strongly against the death penalty.

"The state has the power to kill someone, execute someone. However, that power should only be used when there are no other means available to protect society."

"Most of my clients don't think it's going to happen."

That's because it hasn't happened in Pennsylvania for 15 years.

Gary Heidnik was the last person to be executed in 1999. He and the two men put to death before him all chose to give up their rights to appeals

Killers on death row have the chance to appeal their conviction and sentence multiple times. They can appeal it to the trial court, the appellate court, and even the United States Supreme Court.

"We've waited long enough and I feel bad for all of the families who are waiting, this eternal wait."

Of the 32 states that have capital punishment, none match up to the state of Texas. Since the 1980s there have been 515 executions there, with only three here in Pennsylvania.

Margo Davidson knows the appeals process for her son's killer will take some time. She just hopes to live and see the day when Dustin Briggs is finally put to death.

"I don't know how long, but I'm sure it will happen down the road. At least I'm hoping."

We tried to ask Governor Tom Corbett why no one has been put to death in Pennsylvania since 1999. His office put the blame on an inmate's right to exhaust all claims and appeals.  That process is a lengthy one with each death penalty appeal taking about five to ten years.