Dealing With The Heat In Schuylkill County

POTTSVILLE — People are doing what they can to deal with the heat. One official in Schuylkill County calls the souring temperatures a crisis. The sun is 9... 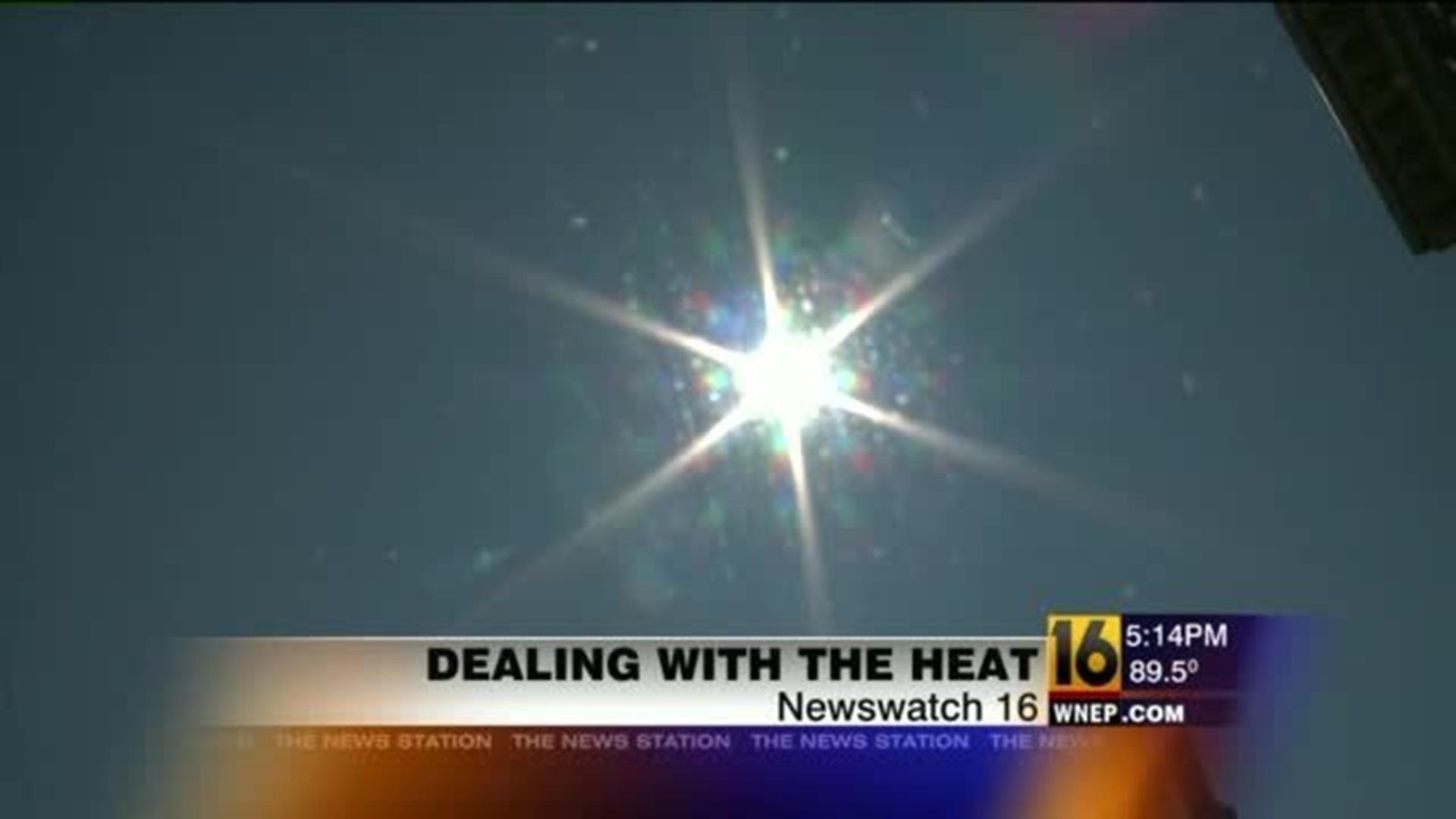 POTTSVILLE -- People are doing what they can to deal with the heat. One official in Schuylkill County calls the souring temperatures a crisis.

The sun is 93 million miles away but the heat has generated some concerns in our area.  At the Pottsville Senior Citizens Center and the senior center in Mahanoy City, officials are extending their hours until 6 p.m. every day through Friday.  It gives folks a chance to get out of the heat and into the air conditioned buildings.

Georgene Fedoriska of the Schuylkill County Office of Senior Services said it is also important to remember others.

"I think it's very important that if you have family, friends, or neighbors during this heat crisis to please check on them and that they're OK and if they need anything."

Violet Gayesky knows that senior citizens can be affected by the heat early.  That’s why she enjoys shopping at the air conditioned Schuylkill Mall.

"Up here it's nice and cool, the buses are cool. It's only when I have to walk home that I don't like it." Gayesky explained.

The heat can also endanger children. That’s something that mother Jackie Killian said she is aware of.

"Especially my youngest, she gets hot pretty fast so I keep her out of heat as much as possible."

Some people were beating the heat at Locust Lake State Park.

Chad Bennett said he made sure his children had sun screen and hats to protect them from the sun.

"We’re from Georgia so it’s not so bad but we're camping here and it's in the shade and it's nice."

Back at the Schuylkill Mall, a crew just finished replacing air conditioning units for the movie theater.

Ren Shontz, a contractor said that's to make sure temperatures were comfortable.

"One or two of them weren't functioning so we had to swap them, replace them, so that’s what we're doing today replacing the two roof units."

Click here for more information on staying cool and the health effects of the heat.