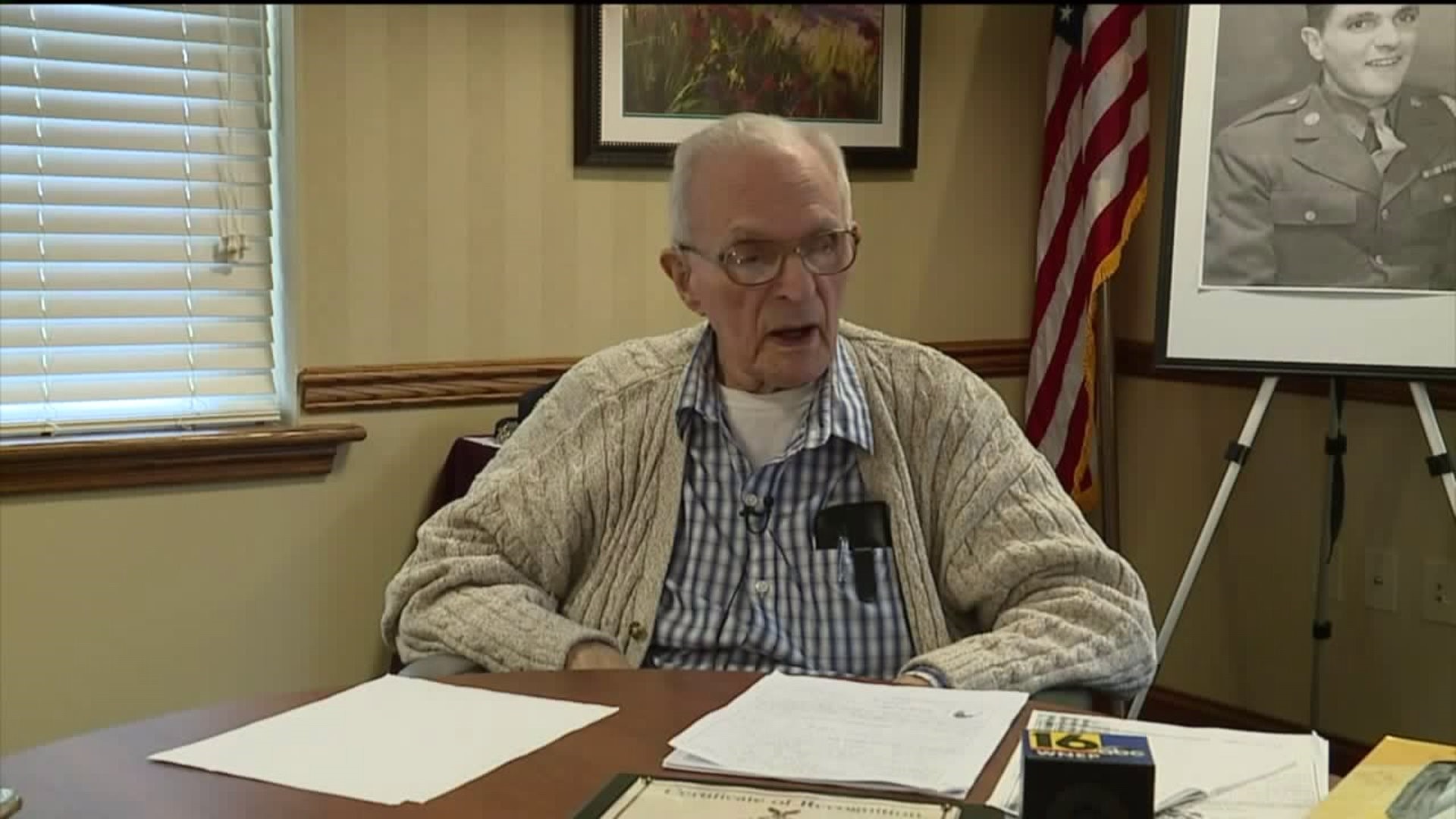 Many of us know of the Normandy landings from movies or history books, but Bill Cowles of Sayre experienced it firsthand. Cowles graduated from Waverly High School in 1942 and immediately enlisted in the army. He was part of a military police unit and achieved the rank of corporal. Bill went into Normandy at Omaha Beach with the third wave of Allied soldiers. He remembers coming under cannon fire.

"Shells started coming in and I released up and said, 'what's that?' The fellow that was in the shell hole with me said, 'Get down, you damn fool, they're shelling us!' That's when I got both ears blown out," Bill recalled.

"How can we possibly say we are saving these people? We're blowing them all apart."

Some of the brutal things Bill saw at Normandy stuck with him after all these years.

"I looked at some of the houses and I said, 'How can we possibly say we are saving these people? We're blowing them all apart.'"

As Bill recalls these memories he would really like to forget, he has an audience. On this day, Bill is being honored with a Quilt of Valor which is meant to cover veterans touched by war. The Bradford County commissioners presented him with a certificate of recognition. Bill is the last known survivor of Normandy in Bradford County.

"It's quite an honor to be able to talk to him and see what he had to go through during those times, and just to know that your trip to the beach is because of his trip to the beach," said Pete Miller, Bradford County Veterans Affairs.

In addition to being recognized this year by the commissioners, Bill was also recognized back in 2004 by the French government on the 60th anniversary of D-Day.

A French veterans organization also sent Bill a letter which was translated by a teacher at Towanda Area High School. The letter thanks him for his heroic service.

Now at 94 years old, Bill and his wife Virginia live at Sayre Personal Care Home. Bill says he can't believe it's been 75 years since D-Day.

"It's unbelievable, really. It's so long," he said, shaking his head.