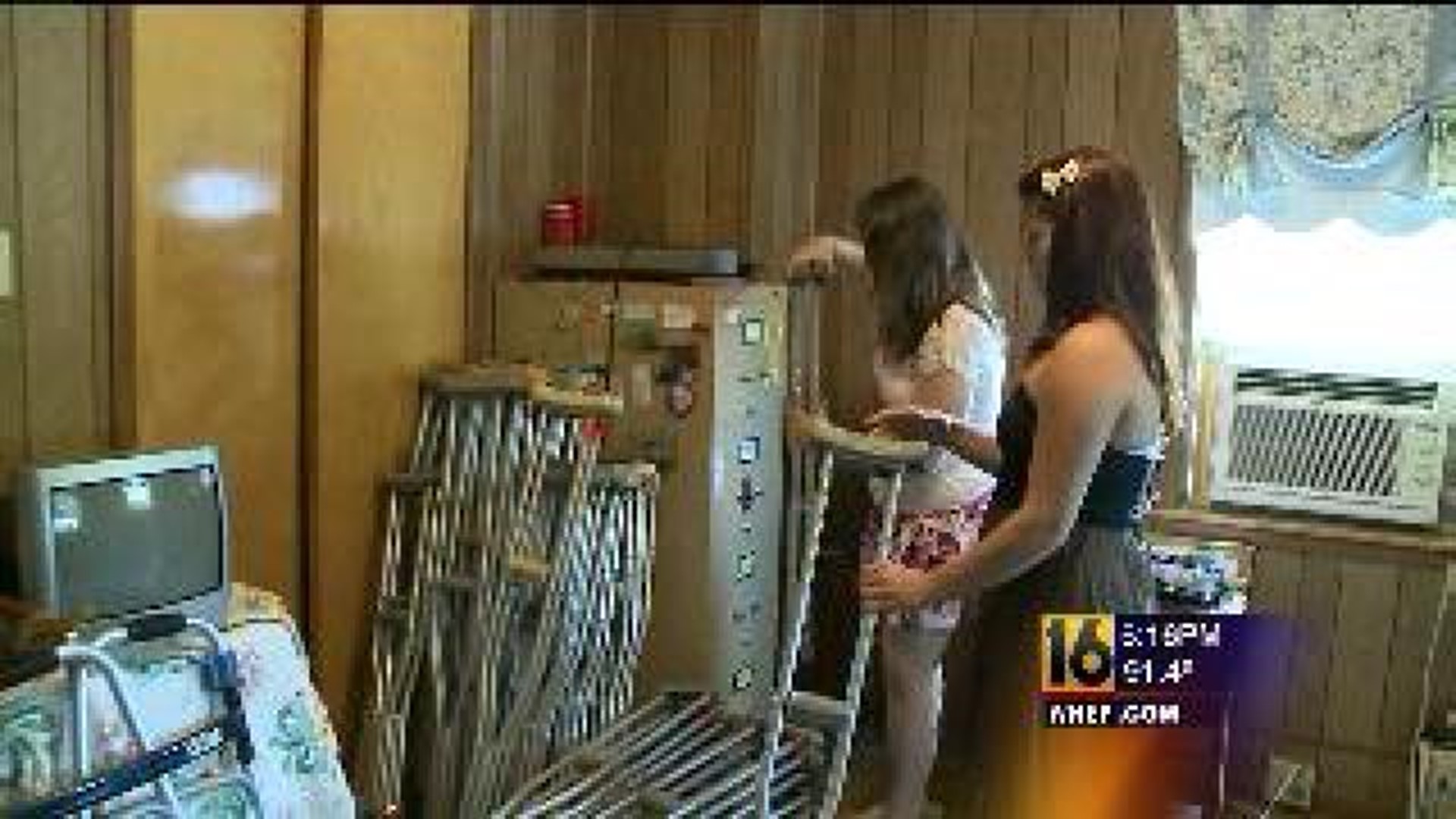 Kassidy Hoban and Katherine Trapani live near Minersville. They're sorting crutches, walkers and canes they have collected. Trapani said the goal is getting them in the hands of the physically disabled.

"One day, me and my Mom were cleaning out the attic and found three pairs of crutches, and we thought maybe there is an organization that could use these crutches. and I did some research on the Internet and found Crutches for Kids, which is a non-profit organization in New York."

Kassidy Hoban said the project has a lot of community support.

"It's amazing! 62 pairs of crutches in just a few weeks and the drive hasn't even started yet, so I can only imagine how much we'll get."

"At the Pottsville post office, the Saint Clair post office and the First National Bank of Minersville, you can drop that off."

Katherine Trapani explained the crutch collection has personal meaning for her.

"For me, I am sort of a community service junkie, and I enjoy doing that kind of thing, and when I graduate college, I was looking to do missionary work. I thought it would be cool sometime in the future I could meet a kid that received one of the pair of crutches that I collected," Trapani said.

In downtown Minersville, on July 27 and 28, teens will be holding a major collection drive of crutches, canes and walkers. The hours are between noon and 4 p.m.