TOWANDA — One of the smallest schools in our area has its first state cross-country title. The Northeast Bradford team from Bradford County won the champi... 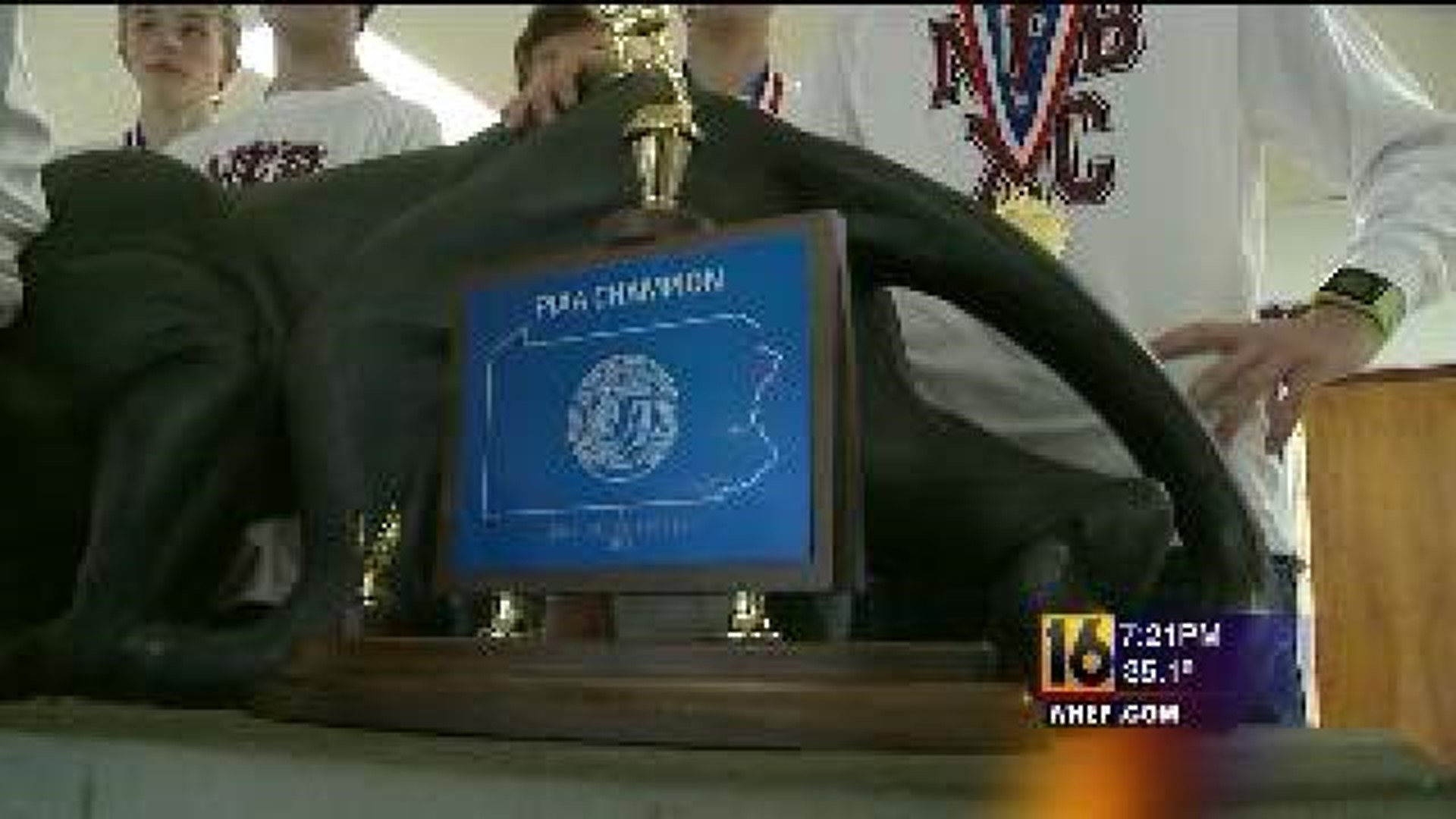 TOWANDA -- One of the smallest schools in our area has its first state cross-country title.

The Northeast Bradford team from Bradford County won the championship over the weekend.

The Panthers have spent years chasing the cross-country state title.

Finally, the Northeast Bradford team from a Class A school near Towanda has it in hand.

"It is just so huge for us, to bring it back to a small school like this, we never had a state title before," said senior Sam Williams.

Williams placed third in Saturday's race in Hershey. Curt Jewett was right behind him in fourth. And with an average of 17 minutes on the course the team took the top spot in Single A.

That means the cross-country runners get to proudly wear medals around their necks, symbols of all the hard work that paid off with a big win.

And to think, the team did it at a school with just 400 students in seventh through twelfth grades.

When they compete with bigger schools, the high school athletes have to explain where Northeast Bradford is, but not anymore.

"A lot of coaches shake their heads, they're like, i don't understand how they do it, not only this year, but for the last decade," said coach Michael Murphy.

Ever since late Summer, the cross country team at Northeast Bradford schools has been running 50-70 miles per week -- all to get ready for a run at the state title. The team ended up pulling it off this weekend, winning the first title for the school district.

Team members said their inspiration was the coach's mom who passed back in June, and they dedicated their season in her memory.