WILLIAMSPORT — Demolition crews are tearing down an old factory in Williamsport to make way for housing. Heavy machinery took the first swipe at the brick... 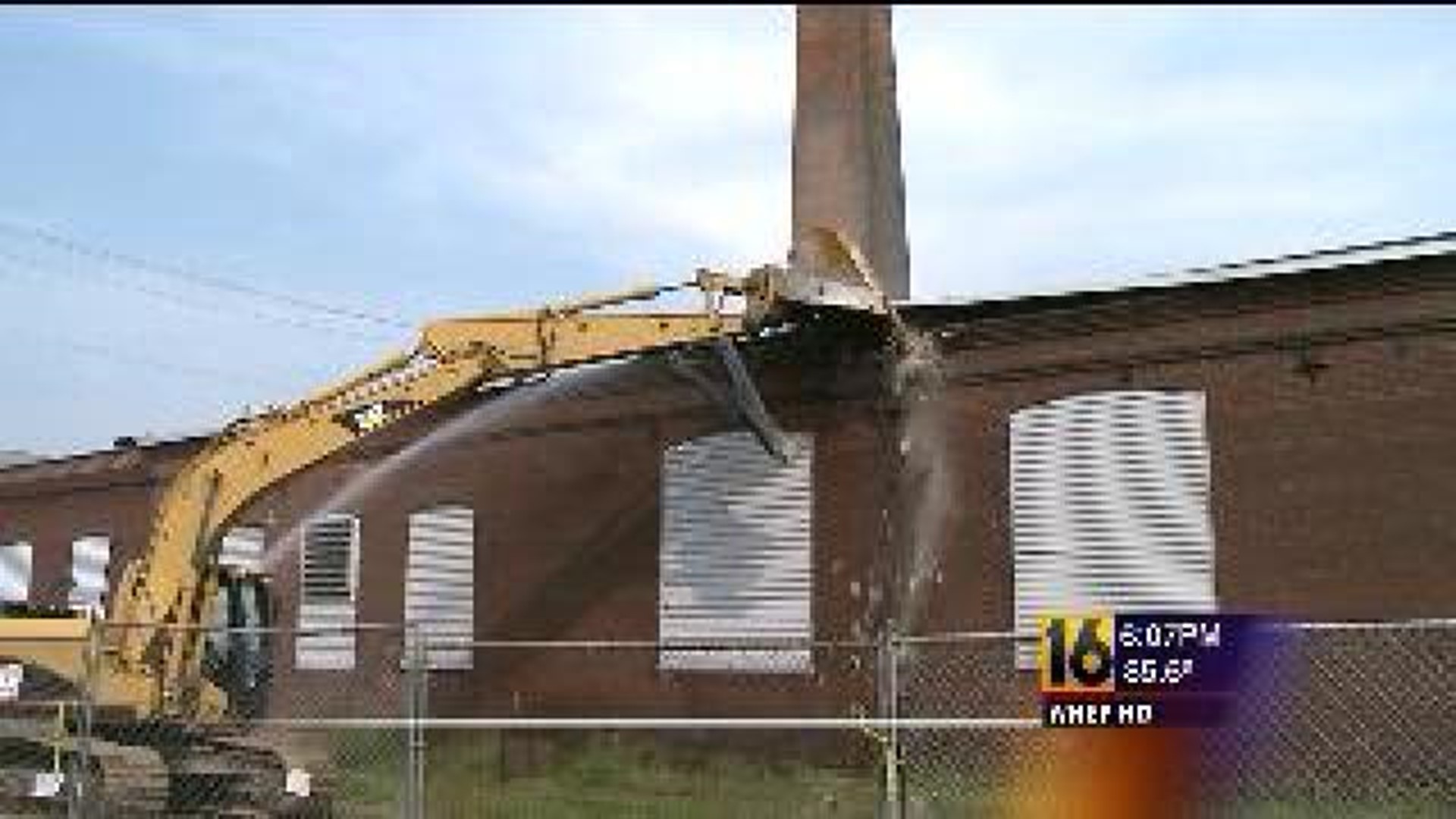 WILLIAMSPORT -- Demolition crews are tearing down an old factory in Williamsport to make way for housing.

Heavy machinery took the first swipe at the brick wall thats part of up former Brodart furniture factory in Williamsport.

The one, two and four-story buildings take up an entire city block between Memorial Avenue and Scott Street.

"I've been coming around here everyday trying to see when they're going to start taking it down, today's the day I guess," said Tom Crocker.

Crocker and his fellow Brodart employees have not worked at this facility since operations moved out of the city in the late 1990's.

Crocker wanted to see the place that was built in 1892 start to come down.

"It's going to be a weird change not seeing this here after all these years," said Sober.

The demolition project is expected to be complete by the end of the year. All the bricks will stay on site but in a different form, according to contractors. The bricks will be crushed into a sub base and used for a different purpose: new housing.

"Why, we're happy it's going, the whole neighborhood," said neighbor Raymond Harpster who says he looks forward to welcoming apartments and townhouses when the demolition work has ended.

"They kept it cleaned up real good and mowed, now we're getting rid of it and they're putting homes in here."