Newswatch 16's Rose Itzcovitz talked to the woman who now has a gaping hole in her house and no idea about who's responsible. 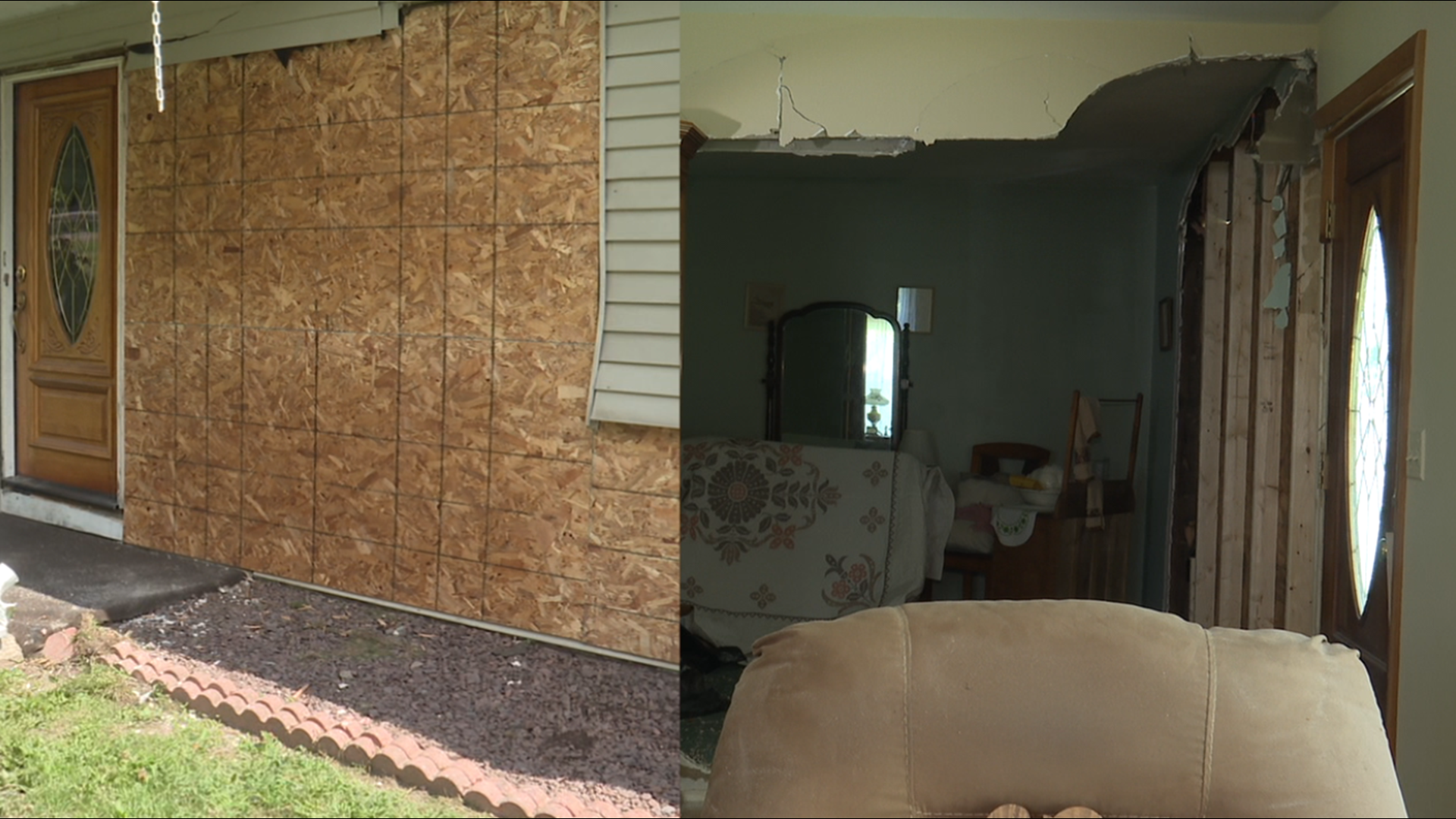 TROY, Pa. — The huge hole in the side of a home near Troy is now boarded up from the outside, but after surviving the damage with just some cuts on the legs and toes, it's no wonder reporters wanted to talk to Dolores Hartford.

"I just couldn't believe it," she said.

Hartford says just before 6 p.m. Wednesday, she heard a loud noise, then a heavy piece of furniture came crashing down on her legs.

"I just kept pushing and pushing. I didn't ever think I was going to get that cupboard off of me," Hartford said.

The 85-year-old great-grandmother did manage to push it off and ran outside.

"There was a lady there, and she said, 'Are you alright?'"

State police say a woman told them she saw a gray pickup truck.

According to police, that witness said the truck was heading northbound up Route 14. It crashed into the fence, coming down toward the house and barreling into it. Then it backed up, leaving skid marks, and headed eastbound on Route 514.

Troopers say they're trying to find out the make and model of the pickup based on the mirrors which came off in the wreck.

As for Hartford's loved ones, they're grateful she's alive but, like state police, are asking anyone with information to help them fill the missing holes in this case.

"We are so thankful. This could be so much worse," said granddaughter Julie Williams. "We can't believe that someone would do this and then leave the scene, not knowing if someone was injured."