LEWISBURG –There’s a bit of confusion surrounding a Corvette that used to belong to NASCAR driver Dale Earnhardt Jr. The controversy is over a tweet... 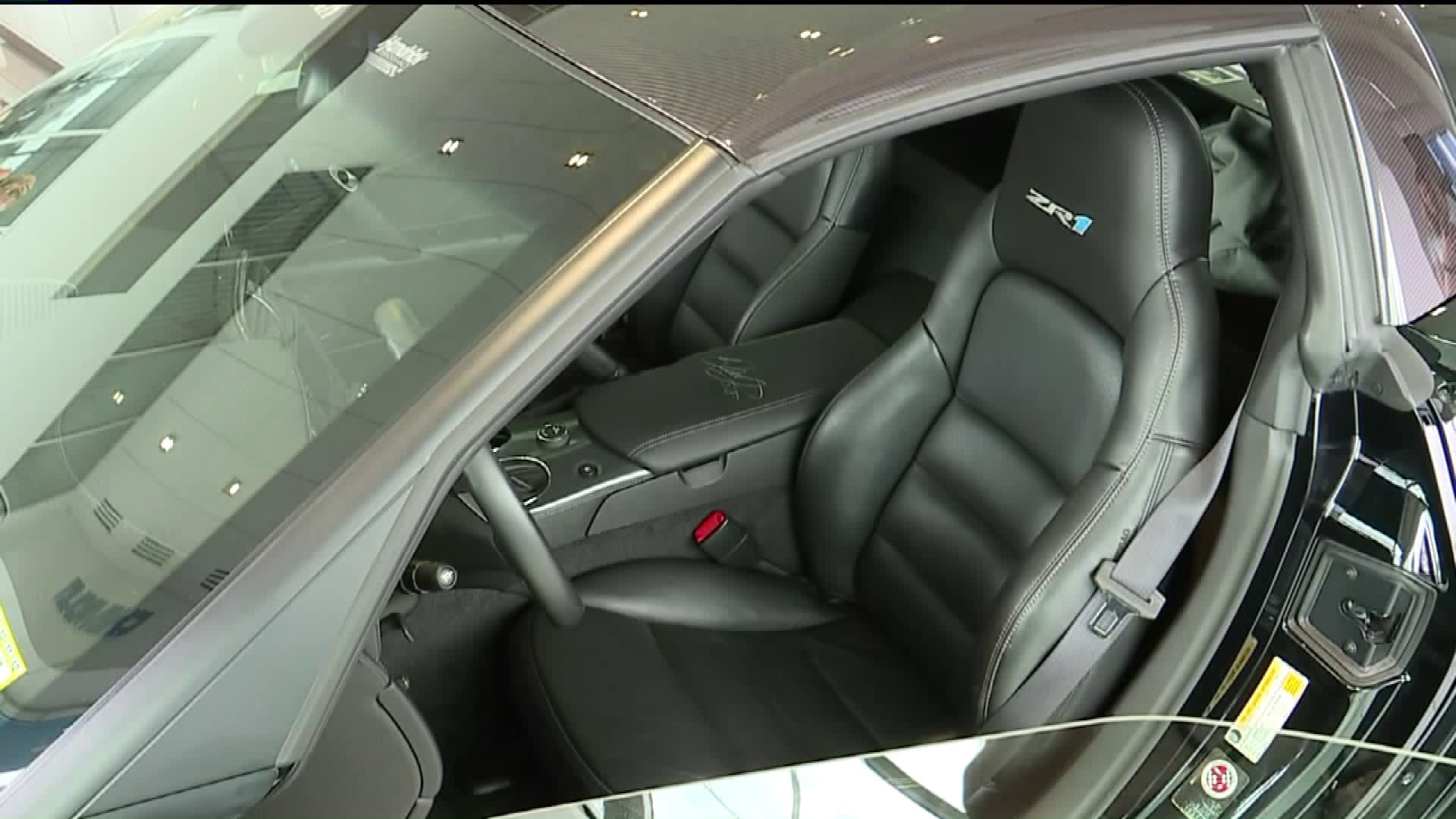 LEWISBURG --There's a bit of confusion surrounding a Corvette that used to belong to NASCAR driver Dale Earnhardt Jr. The controversy is over a tweet Earnhardt sent about a dealership selling the car. But here's the kicker. The dealership is in Lewisburg.

This shiny black Corvette is at Fairfield Chevrolet in Lewisburg. It has just over 1,500 miles on it and is being auctioned on eBay for close to $100,000. It used to be owned by NASCAR driver Dale Earnhardt Jr. It was given to him by the company he races for.

"It was one of the four ZR-1s he ordered for his racing drivers and it was specifically ordered for Dale Earnhardt Jr.," Fletcher Quigley said.

"We try to find cars with cool stories or cool backgrounds and then you get a lot of people in who want to see the car," Quigley said.

In January, they went to the Barrett-Jackson car auction in Arizona and bought the Corvette. They even met Junior while they were there.

About a week ago, there were some questions about the authenticity of this car after Dale Earnhardt Jr. put out a Tweet about it.

Not my car. Never drove it. Never did it once spend a minute in my driveway. Buyer beware. https://t.co/XDh6G3GIUH

"Not my car. Never drove it. Never did it once spend a minute in my driveway. Buyer beware."

The eBay listing was flagged, and the aftermath of that Tweet set in.

"I was getting about 100 emails a second, death threats, threatened legal action, you name it. We were getting it all. Calls at every dealership saying you guys deserve to go out of business," Quigley said.

Quigley says the Corvette was bought by Rick Hendrick, owner of Hendrick Motorsports. Hendrick gave the car to Earnhardt, who drove it for promotional purposes.

"We have documentation and everything. The bill of sale is in Rick Hendrick's name still," Quigley said.

Hendrick's assistant told Fairfield employees that a public relations person most likely sent the Tweet from Dale Earnhardt Jr.'s account. Quigley says even after all of this, there are around two dozen people seriously interested in the car.

"It is going in the right direction and hopefully we'll have it sold soon," Quigley said.

We reached out to Hendrick Motorsports for a comment, but they did not return our calls.