Coroner: Man Accused of Three Killings and Suicide was off Anxiety and PTSD Medications

WILMOT TOWNSHIP, Pa. — The Bradford County coroner says the man believed to be responsible for killing three people before turning the gun on himself did ... 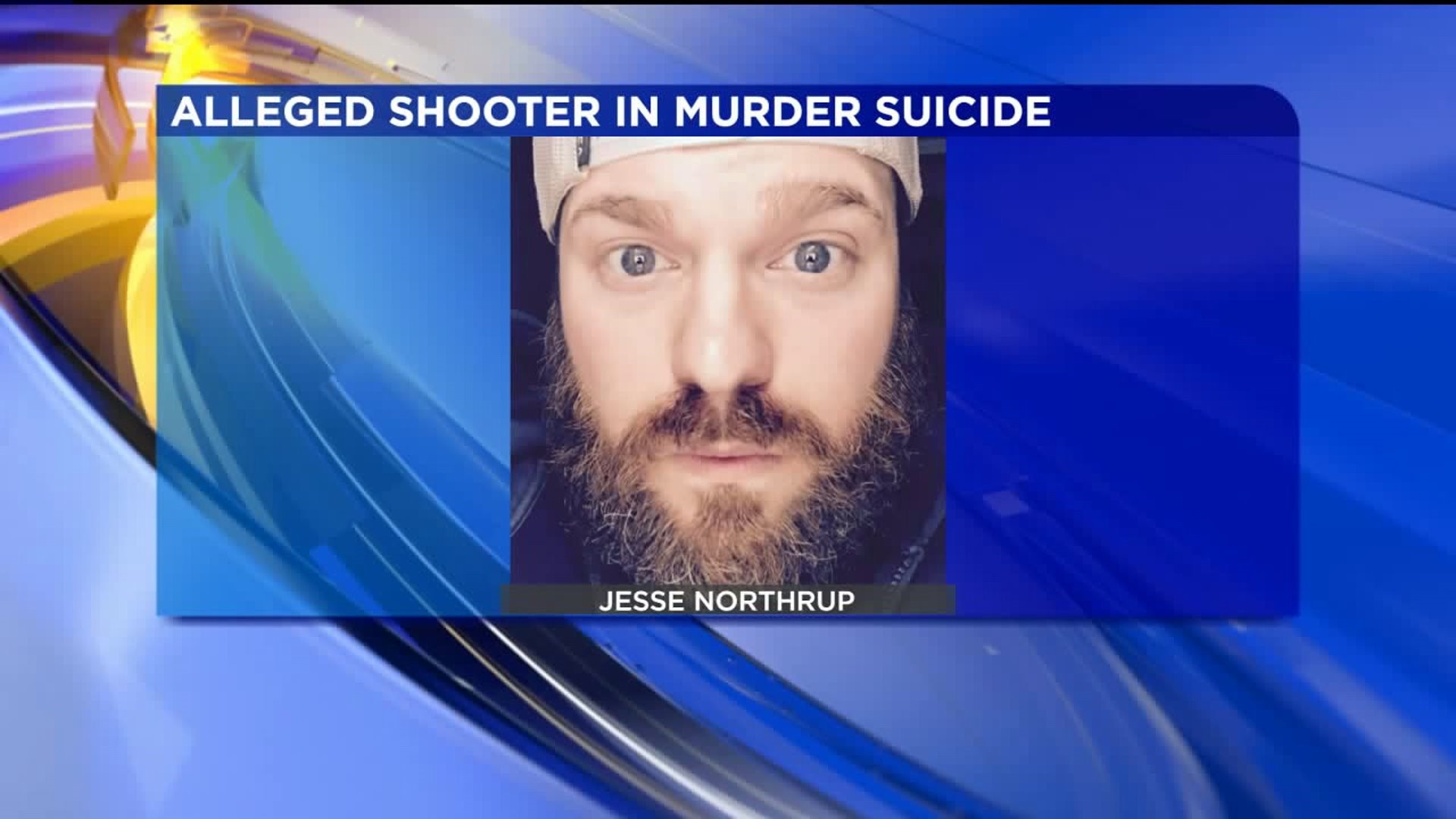 WILMOT TOWNSHIP, Pa. -- The Bradford County coroner says the man believed to be responsible for killing three people before turning the gun on himself did not take his medication for anxiety and PTSD for two months leading up to the killings.

Police say Jesse Northrup was fired from his job at a meat packing plant near Wyalusing because he got in a fight with another coworker. His last posts on Facebook were also concerning to the coroner.

State police say Northrup shot and killed his mother, stepfather, and a man who worked for his stepfather before killing himself on Friday.

The day before the murders, Northrup posted on social media a picture of the gun state police believe he used in those shootings and wrote in another post: "I try not to think about my life. I have no life. I need therapy."

The coroner has finished autopsies on all four people and says Northrup did not take three of his prescribed medications for anxiety and PTSD for two months leading up to the killings, which could have some serious side-effects.

"It can certainly lead into episodes of psychosis. It can lead into rebounding of anxiety, depression," Bradford County Coroner Thomas Carman said.

The Bradford County Coroner's Office is now doing a psychological autopsy on Northrup to check on his history with anxiety and PTSD and to see whether psychosis may have played a role in the killings.

The bodies of Edwin Bidlack, Candy Bidlack, and Johnnie Johnson were found in a home near Wyalusing late Friday night. Northrup lived at the home with his mother and stepfather. The coroner says Northrup first killed his mother, surprising her when he shot her. Northrup then waited hours before his stepfather and Johnson came home. According to authorities, Northrup shot and killed the two of them and then killed himself.

"Mr. Northrup had covered each respective victim with a blanket that I interpret as a sign of remorse," said Carman.

The psychological autopsy on Northrup should be finished in a week.

State police are still looking for a motive.

The funeral for Edwin Bidlack is scheduled for this Thursday in Wyalusing.

“OFF HIS MEDICATION”: Police say Jesse Northrup shot and killed his mom, step-dad, and a man who worked for his step-dad before killing himself Friday. Now, the Bradford Co coroner says Northrup was off three of his medications for anxiety and PTSD for the past two months @WNEP pic.twitter.com/nUHPr0MMpm

An earlier version of this story mistakenly identified Candy Bidlack as Cindy Bidlack. Newswatch 16 regrets the error and apologizes for any confusion.