BRADFORD COUNTY, Pa. — Farmers in Bradford County are seeing the worst season they can remember for their corn crop, but surprisingly, it has nothing to d... 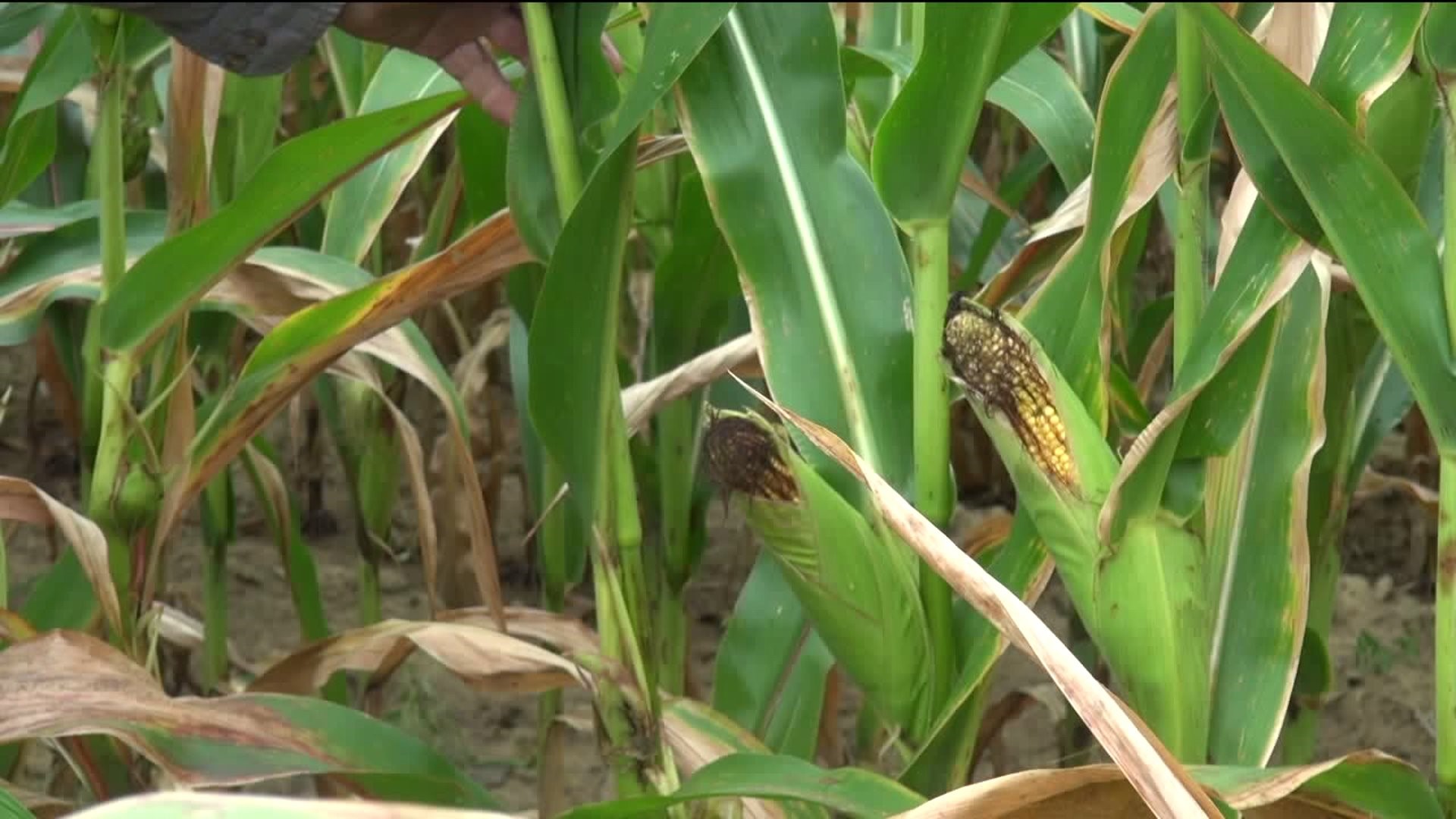 BRADFORD COUNTY, Pa. -- Farmers in Bradford County are seeing the worst season they can remember for their corn crop, but surprisingly, it has nothing to do with the weather.

Farmers are looking for any answers to prevent the damage being done by deer.

"Too wet in the spring, way too dry in the fall, way too many deer the entire time."

Farmers in Bradford County say the clouds and light rain have them hiding right now, but by evening, this cornfield near Wyalusing could have 20 deer eating away.

Farmers in this part of Tuscarora Township all say they've been having the same issue: deer eating away at their corn crop. They've been in touch with the Pennsylvania Game Commission, but farmers tell Newswatch 16 there are just too many deer and not enough time.

"If you go in your cornfield after it's shoulder high, if they let it get that high, you will hear deer crashing out of it every which direction," said farmer Mark Smith Gary.

Farmer Ty Cobb found a repellent spray that does work, but it isn't a perfect fix.

"It doesn't last forever. As soon as it rains, over a half an inch of rain will take it right off, so you have to do it quite often," Cobb said.

And that can get expensive, especially for Cobb who has hundreds of acres of crops. Farmers say they will likely have to move on from growing corn within the next few years.

"There's very little margin in the farm industry now anyway, and it's not a break-even situation anymore, and agriculture is slipping in this area every year."

Cobb has a permit for the Game Commission's Red Tag program. That allows deer to be hunted on his land out of season, but he says there are just too many deer.

Farmers we spoke with say wildlife damage like this isn't covered by crop insurance.