TOWANDA– The fire that ripped through the Chamberlain family’s home Christmas Eve Morning showed no mercy. A cell phone video taken by a neighbor sh... 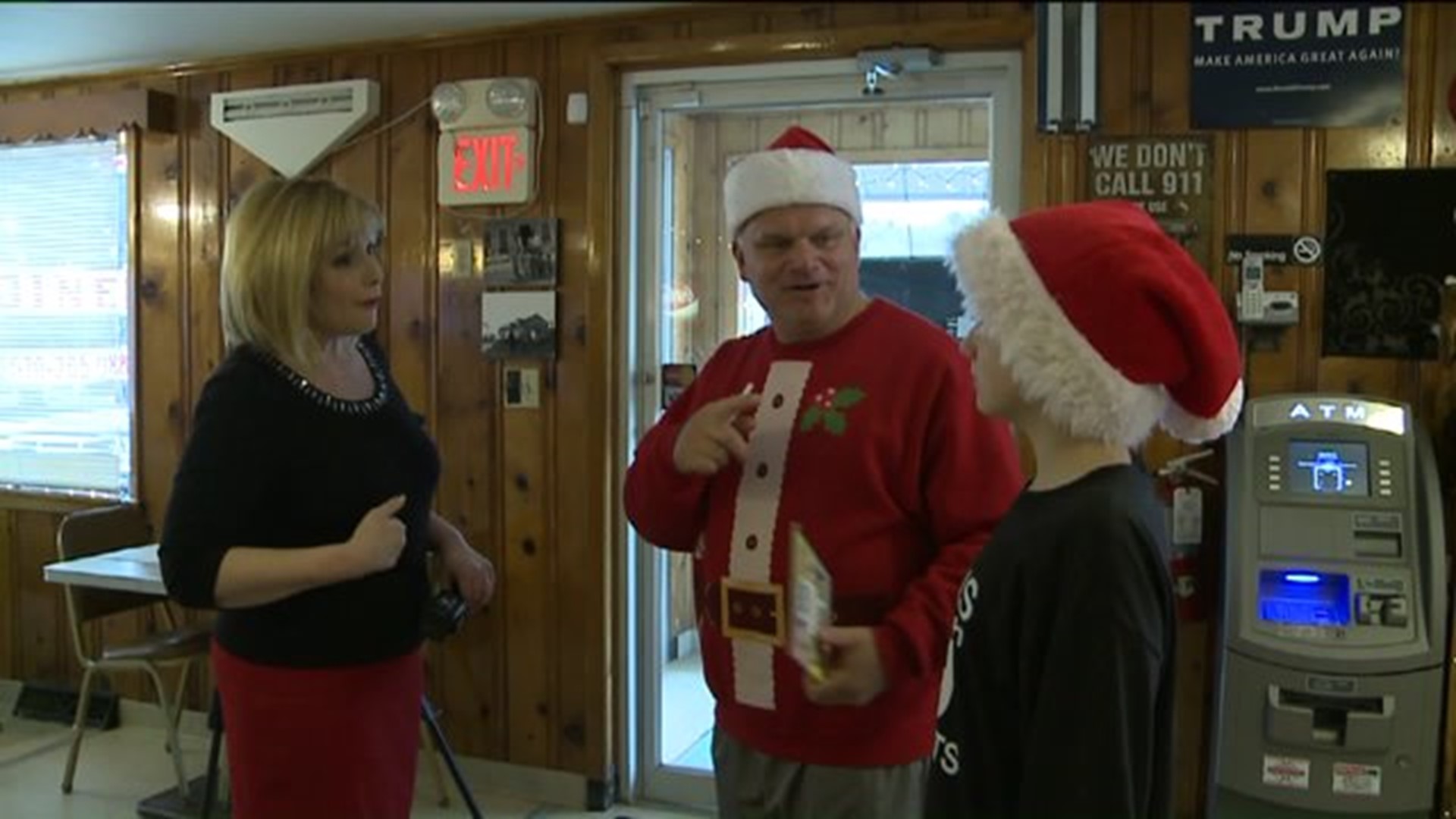 TOWANDA-- The fire that ripped through the Chamberlain family's home Christmas Eve Morning showed no mercy. A cell phone video taken by a neighbor shows how quickly the flames destroyed almost everything. Hours later people on North Main Street were still shedding tears looking at what happened.

"This is ridiculous, they have nothing," sniffed Brian Russell.

Investigators tell Newswatch 16 the fire was sparked by careless smoking.

Friends say five family members, a mother, father, uncle and two sons were all inside the burning home, and that the mother spent the day at the hospital being treated for smoke inhalation.

Some neighbors were dealing with a flood, since the mud and water from the fire rushed across the street into their home.

Officer Joshua Lake says,"I took the child, told him to get out of the house, I took the child ran out and gave him to one of the firefighters who had arrived on the scene."

Kaycie Benjamin of Wysox said,"We come from a family that has a lot of Christmas stuff, and it's no fun to not have anything and lose everything before Christmas, so I thought some money would help them out."

The restaurants owner was flabbergasted by the show of generosity.

"At the drop of a hat, people can be so giving to somebody who has lost," said Blythe Jones.

An online fund has been set up at Give Forward.