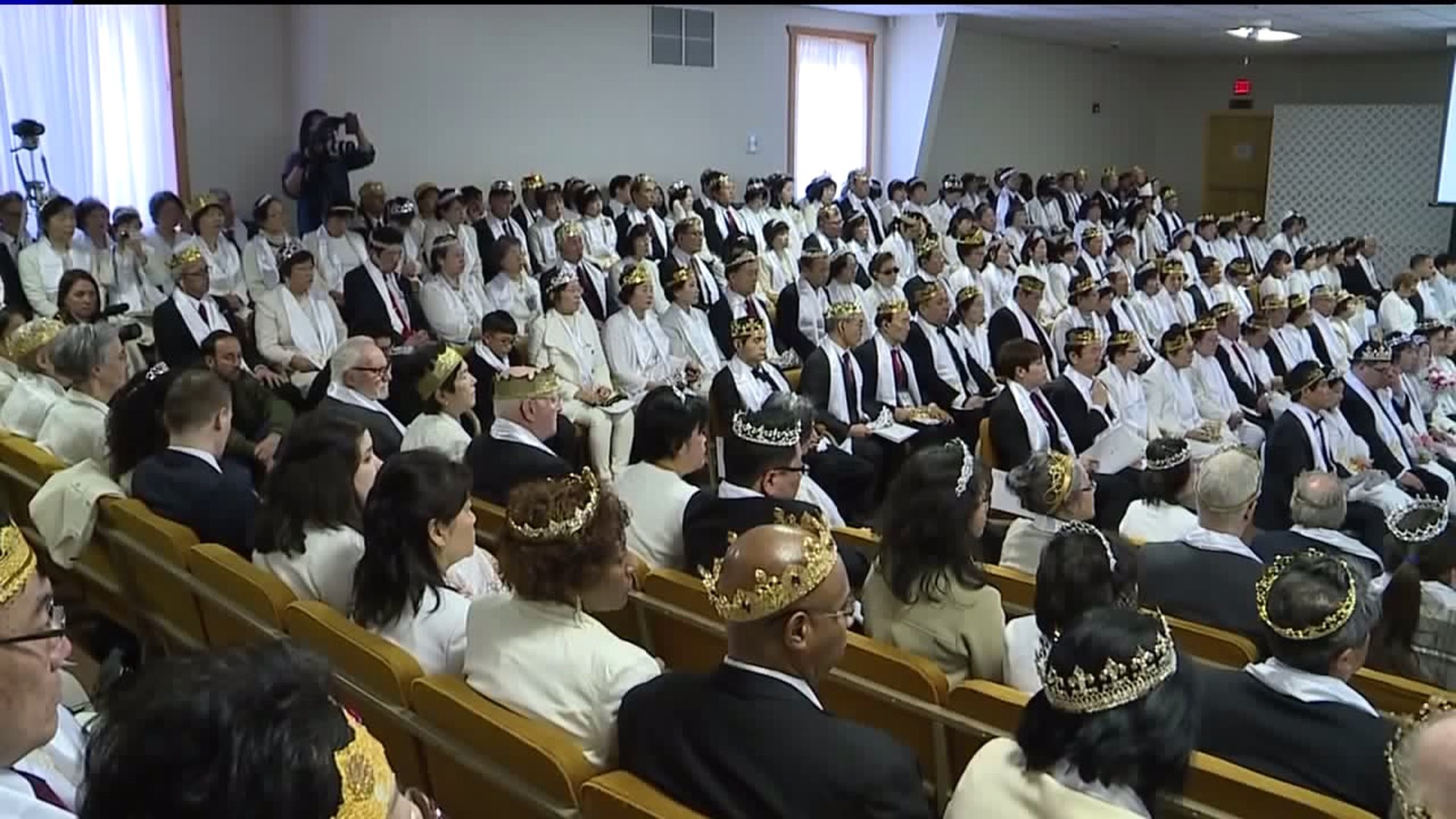 DREHER TOWNSHIP -- A church ceremony inviting hundreds of people to bring their high-powered rifles sparked controversy and protest Wednesday morning in part of the Poconos.

The ceremony at Sanctuary Church near Newfoundland started at 10 a.m. and wrapped up shortly before noon.

Followers of the offshoot from the Unification Church came with their AR-15s which they believe are the rod of iron mentioned in the bible.

Reverend Sean Moon, son of the late Sun Myung Moon, led the blessing of couples inside the church. Several hundred worshippers wore crowns -- some made of bullets -- and held their firearms throughout the ceremony.

Just within the last year, Rev. Moon incorporated the belief of the rod of iron and a human right to bear arms.

There was a lot of media attention on this ceremony, mainly because of the involvement of the same weapon used in recent mass shootings across the country.

Even before the blessing ceremony at Sanctuary Church started, members of the congregation and their assault-style rifles had to go through security.

Unloaded and zip-tied for safety, the guns became part of the ceremony at the request of Reverend Sean Moon, son of the late Sun Myung Moon who believed he was Jesus Christ.

"Jesus did return in 1920. He returned with a new name," said Tim Elder of Sanctuary Church.

The sanctuary was packed. Most were Koreans and all are firm believers that they are kings and queens wearing crowns -- some made of bullets --and dozens were armed with AR-15 rifles.

"We pray they would stand as kings and queens with their crown and rod of iron," said Rev. Sean Moon.

The blessing is a big deal for the church and its followers.

Jonathan Franco of Tannersville was born into the Unification Church and now follows the offshoot Sanctuary Church.

Even though Sun Myung Moon never taught the biblical "rod of iron" to be an AR-15 like his son, Franco fully supports the idea that these guns are God's gift of self-defense.

"If you don't have a rod of iron then, unfortunately, you can come into a situation where your life can come to an end. Who else is there to blame if you yourself didn't take the responsibility to preserve your own life? "Franco asked. 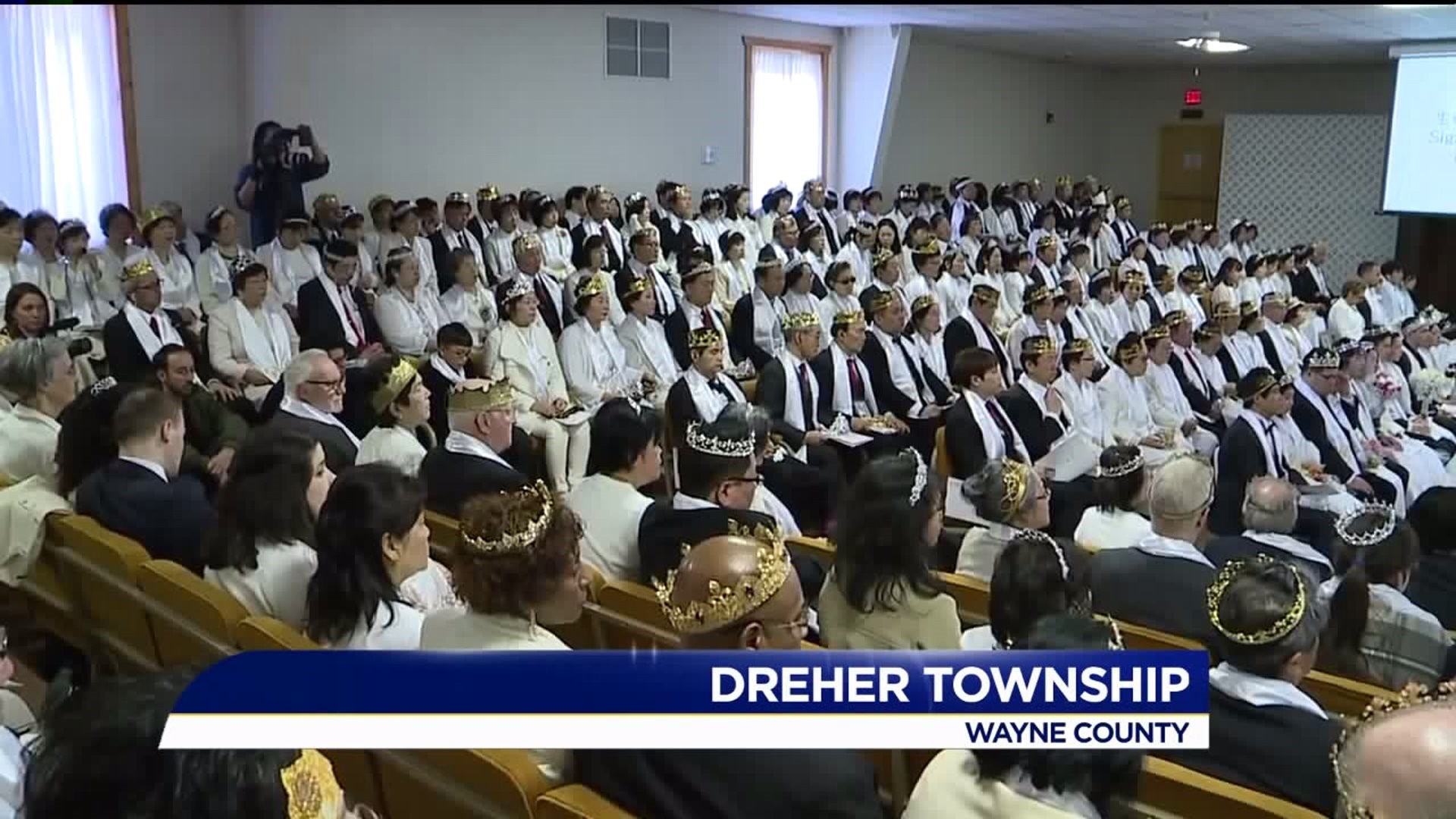 Outside, a group of people protested the church's move involving guns in worship.

"This is the continuation of the Moonies as far as I'm concerned, now they're armed," said Lisa Desiena of Scranton. "This guy's the messiah, it's a cult, period."

The service was supposed to be broadcast on YouTube but church leaders announced their live stream was shut down by the company for "violating community standards."

There's a group of protesters along Route 507 and a small state police presence but no issues.

Students at the nearby elementary school were bused to a different school in the Wallenpaupack Area School District.