Competing in the Bricklayer 500 in Bradford County

WYSOX TOWNSHIP, Pa. — Masons from all over the northeast showed off their skills Thursday in Bradford County in a bricklaying competition. When it comes t... 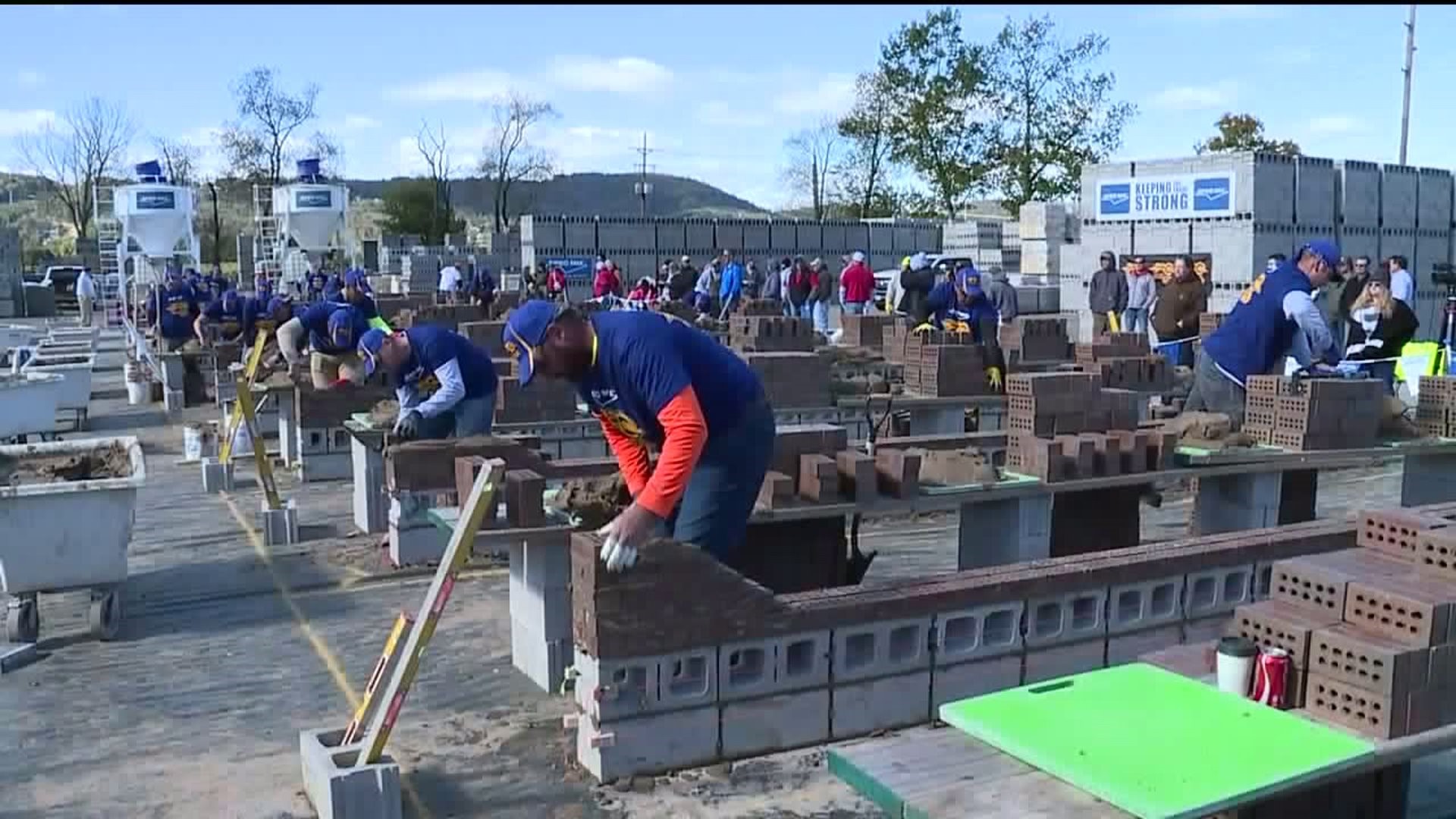 WYSOX TOWNSHIP, Pa. -- Masons from all over the northeast showed off their skills Thursday in Bradford County in a bricklaying competition.

When it comes to laying bricks, many of these guys could probably do it in their sleep. They've been masons for a long time.

"I've been doing the masonry since I was like 15 years old," said Greg Feduchak.

These men are from all over the northeast and they are at Keystone Concrete and Block and Supply Company near Towanda. They are competing in the Spec Mix Bricklayer 500.

"These guys are known for their talents, so we went out and hand-selected 10 teams," Shawn O'Malley said.

Contestants had one hour to build a 26-foot wall fast.

"It's designed for speed but they have to keep their quality in check. They can't just throw anything in there," O'Malley explained.

These guys work fast and efficient. Greg and Michael Feduchak are from Kingsley and it's their first time competing here.

"It's awesome. It's really cool. It kind of promotes our business and it's a chance for us to show what we're made out of," Greg Feduchak said.

"To compete, get recognition. It's fun, all the guys who come out are great. it's a good time," said Byers.

The event is also held as a way to promote masonry.

"We have to get the younger generation introduced to it, not only to perform the task, but to become knowledgeable and educated with the task and keep that going, because masonry is not going away," O'Malley added.

A father/son team from New Jersey won. They will go to World of Concrete Competition in Las Vegas in January.