FACTORYVILLE — There aren’t many places where you can get your bread and milk with a hug, but for decades, people have been doing just that at Ray&#... 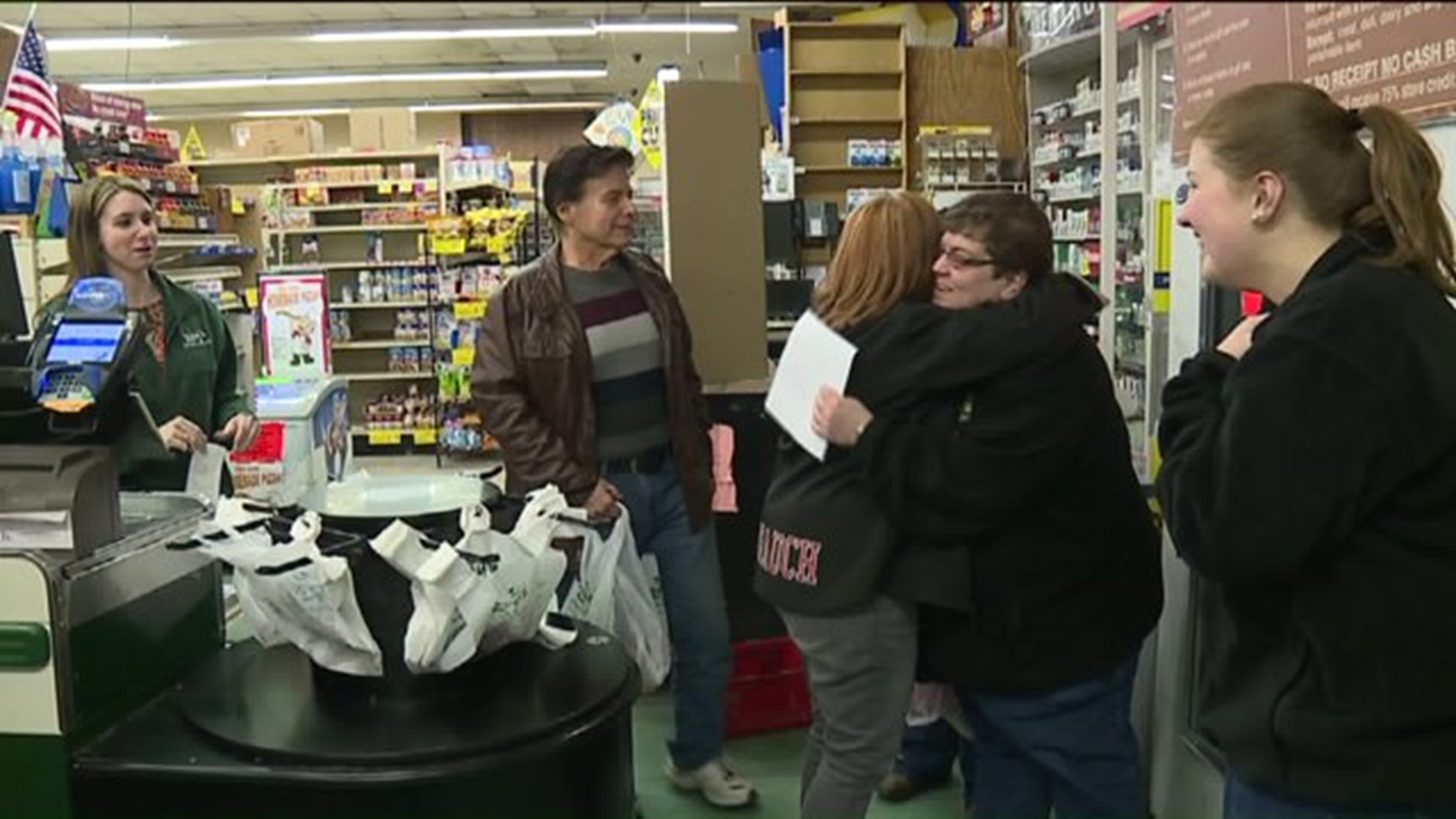 FACTORYVILLE -- There aren't many places where you can get your bread and milk with a hug, but for decades, people have been doing just that at Ray's Supermarket in Factoryville--mostly from Tammy Migliori, who's worked at the store for decades.

"I'm gonna miss this though. This has been home for 25 years,” she said.

In the end, it seems what people loved about this Ray's--the small size--is why it was forced to close.

Local school kids made a sign of goodbye and thank you and many stopped to sign it.

On Tuesday, the last day of business, many shelves stood bare and shoppers stopped in by the dozens to say goodbye.

"Everybody knows your name. They hug you. They kiss you for Christmas. And I have friends that visited me from Europe and they love it when they come. We told them, you know my daughter sent a message on Facebook. They are like, ‘What? No! They can't do that! You have to go to the mayor and complain!’" said Tina Seamans of Factoryville.

"It's going to be greatly missed because it is the main meeting place in town,” said Steve Stearns, the closing manager at Ray’s.