From fighting on the front lines, to standing in the unemployment line, military men and women are battling some of the toughest battles of their lives, trying ... 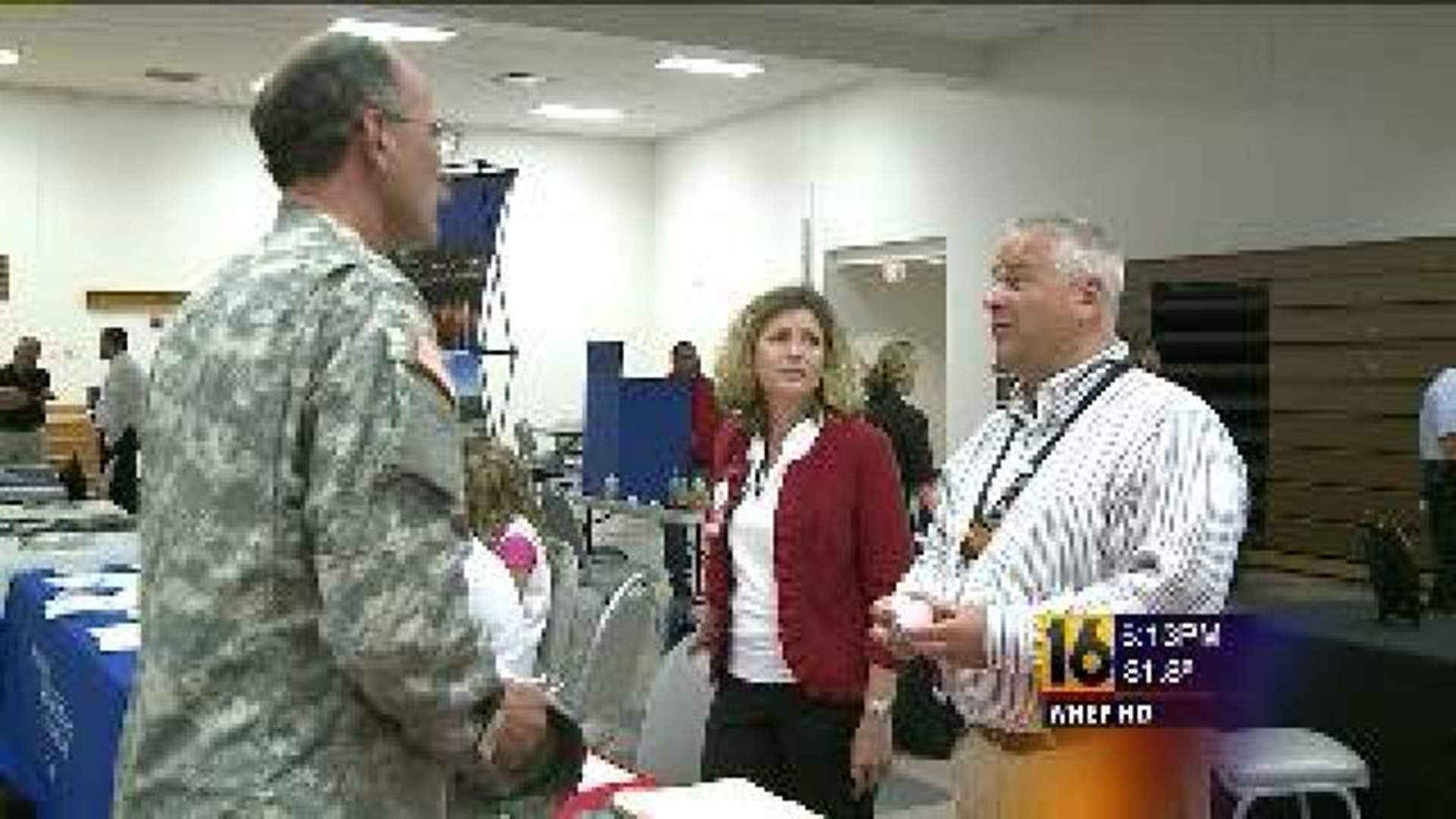 From fighting on the front lines, to standing in the unemployment line, military men and women are battling some of the toughest battles of their lives, trying to find a job.

Specialist Merissa Smith was deployed to Afghanistan with the Pennsylvania National Guard, but when she returned in December of 2011, her job was gone.

"My position was filled by somebody else, and I wasn't getting it back," said Specialist Smith.

She's now working a temporary job until September, but Smith said she's frustrated her last employer left her in this position in the first place.

"Bitter, everything I done for you, everything you know, I've never missed a shift, I was never late, you know and you just threw me under the bus like that and here I am now," said Spc. Smith.

There are thousands of soldiers in the same situation returning from deployments. First Lieutenant Gregory Kuleba was out of work for two full years when he came home from Iraq.

"I remember it just being very depressing at times. I've got stacks and stacks of 'thanks but no thanks' letters, and 'you're not the right candidate' letters followed up by the 'no thanks' email," said 1st Lt. Kuleba.

According to the Department of Labor 11% of National Guard members were unemployed in 2011. That's compared to the almost 8% unemployment rate of non-vets within the state.

Many companies from across the state stopped at Fort Indiantown Gap this July, looking to hire our service men and women for job openings that need to be filled immediately, including McClain Distribution in Jessup.

"We found that the ex-military are often, they're a lot like we do with the dedication and the loyalty and the hard work, the physically fit. We have a lot of driver need, and we have those folks that unload trucks so they really do need to have those qualities that you can find in the military, so it's a good fit," said Michelle Chestnutt of McClain Distribution Center.

Despite the thousands of jobs available for service members, many times their skills sets get lost in translation, but now there's several programs out there working to change that.

"Somebody can say I want a truck driver, but I have somebody else that says they're a truck driver in the army, which is an 88 Mike. The employer doesn't know what an 88 Mike is," said First Lt. Kuleba.

US Navy Lieutenant Commander Chris Chadwick works closely with the Hero to Hired program that just began a few months ago. It's designed to help employers and military job seekers communicate more clearly.

"It's like a monster or career builder, but it's tailored specifically for military guard reserve veterans.  It's got skills translators that assist with somebody from the military figuring out how what they do in that life translates into a civilian career," said Chadwick.

Veteran Joe Repa of Palmyra said his job search has been frustrating, but services like these help keep his moral up.  He said staying positive may just be the biggest key to landing the next big job.

For more information about the Hero to Hired Program click here.