An Action 16 investigation finds some communities in our region are fast becoming virtual ghost towns. The proof comes from the 2010 U.S. Census which found in ... 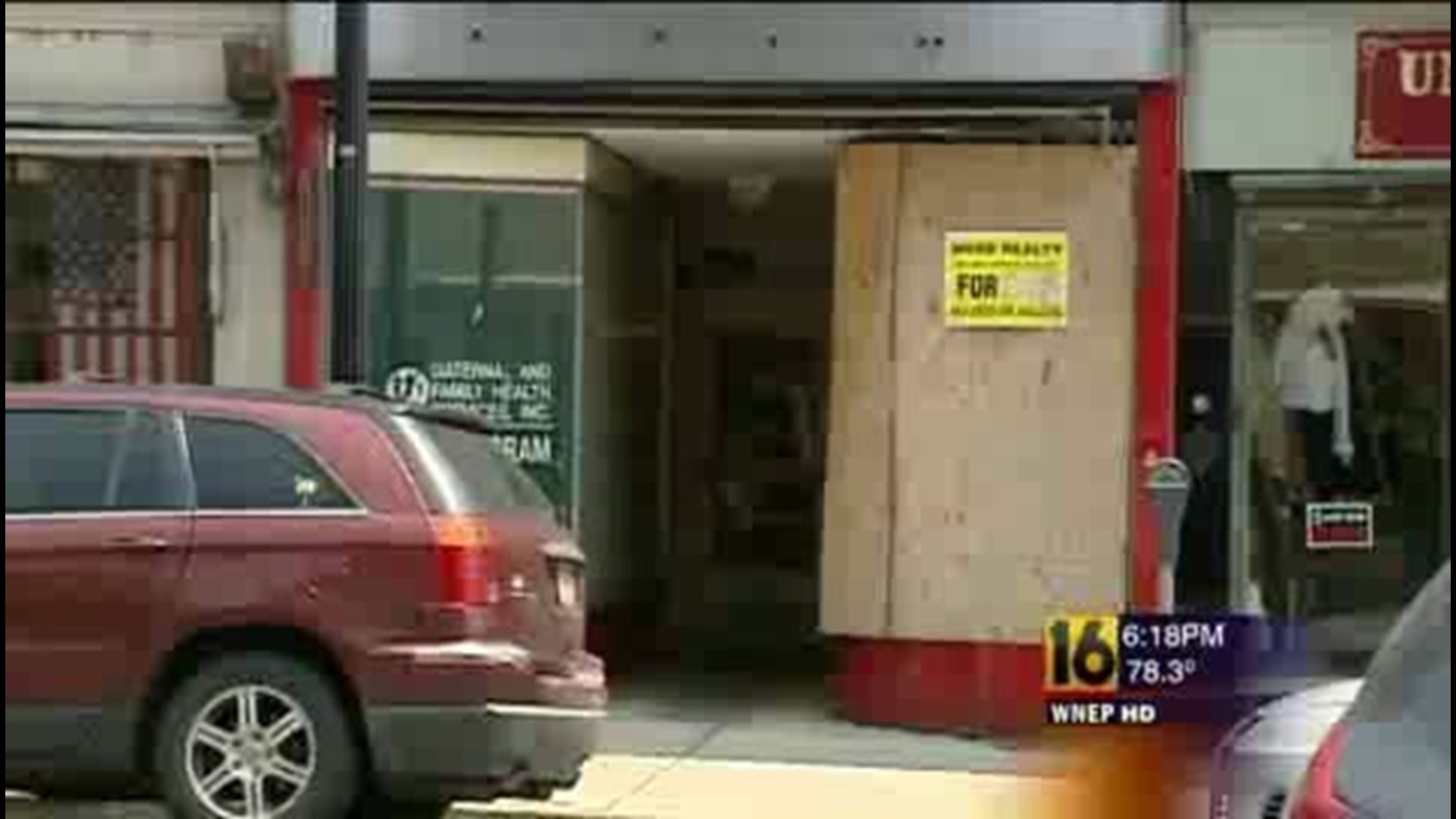 An Action 16 investigation finds some communities in our region are fast becoming virtual ghost towns.

The proof comes from the 2010 U.S. Census which found in three area communities more than 25 percent of the homes and businesses sit vacant.

The three communities are in the heart of the coal region. All experienced population and employment losses in recent years that left hundreds of vacant houses and storefronts.

In Mahanoy City, Schuykill County, according to the U.S. Census, 26.3 percent of its homes sit vacant.

Just a block from the main street a home is selling for less than a price of a used car.

Shamokin, Northumberland County also has a vacancy rate of 26.3 percent. Afternoon traffic rarely stops on downtown blocks that increasingly see buildings for rent or for sale.

Shenandoah has the region's highest vacancy rate at 28.9 percent.

John Dopkin, 90, is one of only two people still staying on an east side block of row homes.

"It's getting rough. It's getting to be a slum, believe me. So, I just have to grin and bear it," Dopkin said.

That seems to be all anyone in Shenandoah can do. Its kielbasa festival draws thousands to the Schuylkill County borough, but when the fun stops, downtown Shenandoah looks empty.

"It's a great little town, but it has an image problem," said realtor Erica Ramus. She has a hard time selling property in Shenandoah. "I've brought people up here to show them downtown properties as far as commercial, and the comment I've heard is, 'Why would I want to move my business to a dying old coal town?'"

"This is an issue, a really big issue. It (a collapsed porch) fell out on the sidewalk. Our borough guys come by, clean it up, give them a chance make sure it's a little safe, but people that don't want to pay their taxes just let it go, and they let it lie on the borough," Pietkiewicz said.

A drive through Shenandoah's east side finds abandoned, unlivable homes. Others sit vacant for years, with little hope of finding a buyer.

A rowhome for sale is covered with newspapers from the year 2000.

"They're not dead, but they're certainly ill," said Wilkes University economics professor Tony Liuzzo. He said the communities spiraling downward where jobs and people leave and vacant homes stay vacant.

"There's an increase in pressure on the individuals who are remaining there and, of course, you don't want to be the last one left holding the bag, so to speak," Liuzzo added.

"I have no friends, all my friends are gone. I just lost my wife a year ago, and I'm waiting to go myself," Dopkin added.

In Shenandoah, Mahanoy City and Shamokin, people continue to leave town and leave behind more vacant homes and businesses.

For this report, Newswatch 16 looked at area communities with more than 2,000 people. The top 10 are:

As for Shenandoah, Mahanoy City and Shamokin, the communities had vacancy rates of less than 20 percent in 2000. The situation is now so tough, that many homes for sale in these communities costing less than $15,000.