BRADFORD COUNTY, Pa. — This summer was full of extreme weather. It was the wettest summer on record in some parts of our viewing area, causing homes to fl... 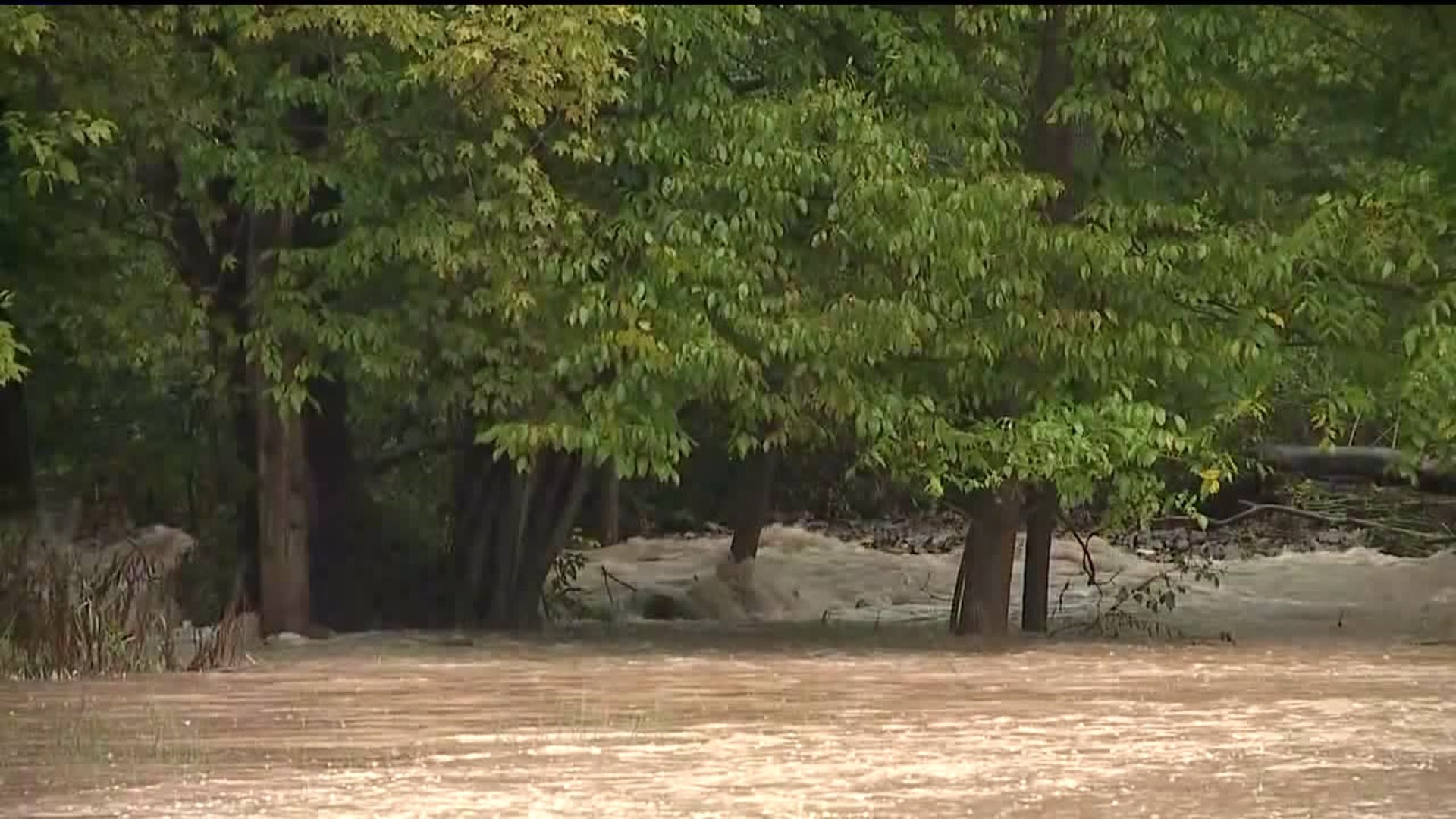 BRADFORD COUNTY, Pa. -- This summer was full of extreme weather. It was the wettest summer on record in some parts of our viewing area, causing homes to flood and be swept right off their foundations.

There were several tornadoes, including one with winds of up to 130 miles per hour which destroyed shopping complexes in Wilkes-Barre Township.

Meteorologists say more intense weather could be on the way.

Meteorologists say the time is now people and businesses need to start using cleaner energy, recycle, and watch what they consume, or our weather might get even worse.

"This is our dream house. We bought it to retire in, which I did retire but the water, you can't fight that."

Rickey Hinckley looks down at what's left of his home near Towanda during the wettest summer on record. Flood waters swept the house off its foundation. Rickey and his 17-year-old son were still inside.

"You'd never think a creek that size could take a two-story house out," said Hinckley. "I'm lucky to be alive."

Lucky to be alive because the house disintegrated after an hour of floating on the creek. Rickey and his son clung to trees for four hours before they were rescued by a helicopter, being knocked around by flood waters and even getting a concussion.

There is a bridge just a little downstream from where the Hinckley's home once stood. They knew they had to get out of the house before it hit the bridge.

"We got banged around the house pretty good. Then we were in the water and I was just so worried he was going to drown."

The path of this storm was so narrow that it only knocked over a few flower pots, but about 20 yards away, it ripped a box truck in half.

Robert Tamburro owns the Arena Hub Plaza and remembers June 13 like it was yesterday.

"When you see power lines down, trees all a mess, and the lack of order, it's unsettling," Tamburro said.

In the immediate aftermath, some people thought these stores would never reopen, but four months later, Tamburro made sure all of these businesses are here to stay. Nonetheless, the twister came as a complete surprise.

"You think of tornadoes, you think of the Midwest. You don't think of northeast Pennsylvania, so it was quite something when it happened."

So what's to blame for all of this unprecedented unusual weather? Meteorology professors at Penn State University say they have the answer.

"This summer, in essence, was sort of an exclamation mark on the research that we and other scientists have been doing for several years, that increasingly are establishing this very firm linkage now between human-caused climate change and this increase in various types of extreme weather phenomena," said Michael Mann, Pennsylvania State University professor of meteorology.

Mann says storms are sticking around longer because the contrast in temperature between the cold polar region and the warm subtropics is decreasing and that contrast is what pushes storms out.

Staying in place in spots like Towanda Township where the area saw more rainfall than it has in the last century.

"It's going to get worse before it can get better. Next time, if this creek ever does flood again it might be twice as bad. It might take out four or five houses down here, you don't know," Hinckley said.

"Now we're staying at that two-bedroom trailer, the four of us, and it's pretty tight, but it's better than sleeping in a cardboard box."

They just put a down payment on a new house on a hill with money from flood insurance.

"It'll be home. We'll make it home, but this place will always be in my head."

Rickey and his wife say they've lived in Towanda Township their entire lives but these storms literally forced them out.

The climate experts we talked to at Penn State say the effects of global warming can't be reversed but we can stop the weather from intensifying if we act now.