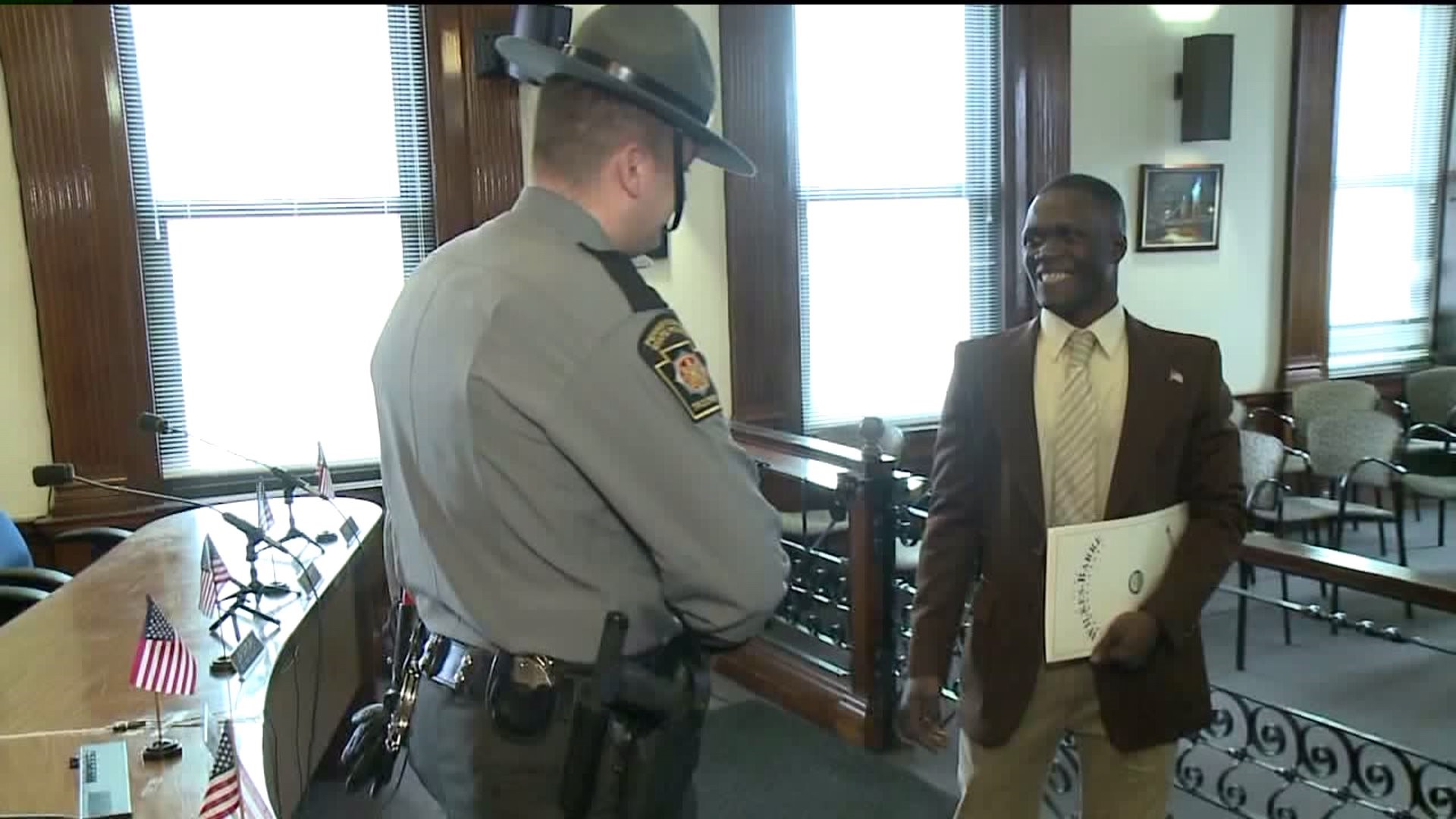 We first met Wilkes-Barre Department of Public Works worker Martin Dartoe last month. It was just a day before he helped a state trooper catch a suspect on the run.

"(The proclamation) was unexpected," Dartoe said. "I pretty much got hit on the blindside."

Dartoe said he didn't help police for the recognition. He said he was working off his instincts when he tackled a drug and DUI suspect police were chasing.

"It's for the people," Dartoe said. "To let them know there are a lot of good people out here and we need to do what needs to be done. We need to work together because we breathe the same air."

Dartoe is originally from West Africa. He was adopted by a local family about 10 years ago. When his sister heard what he did, she was not surprised.

"I actually was a nervous wreck and I thought, 'What are you thinking? That's crazy,'" Dartoe's sister Jill Sperl said. "But, Martin has always had that drive and that protectiveness and he came from a place in Africa where there was a lot of fighting going on and his instinct is just to protect everyone." >

Troopers said they've never seen a citizen go to the lengths Dartoe did to help them out.

"I think he did a courageous act," State Police Lt. Michael Carroll said. "A lot of times people in society now, when they see a police officer involved in a situation, they rather film it than call 911 or offer any kind of assistance."

Dartoe said this experience has him considering a career in law enforcement one day.