HAZLE TOWNSHIP – The doors to a Chinese buffet near Hazleton were locked during the lunch hour, as troopers raided the business as part of an access device frau... 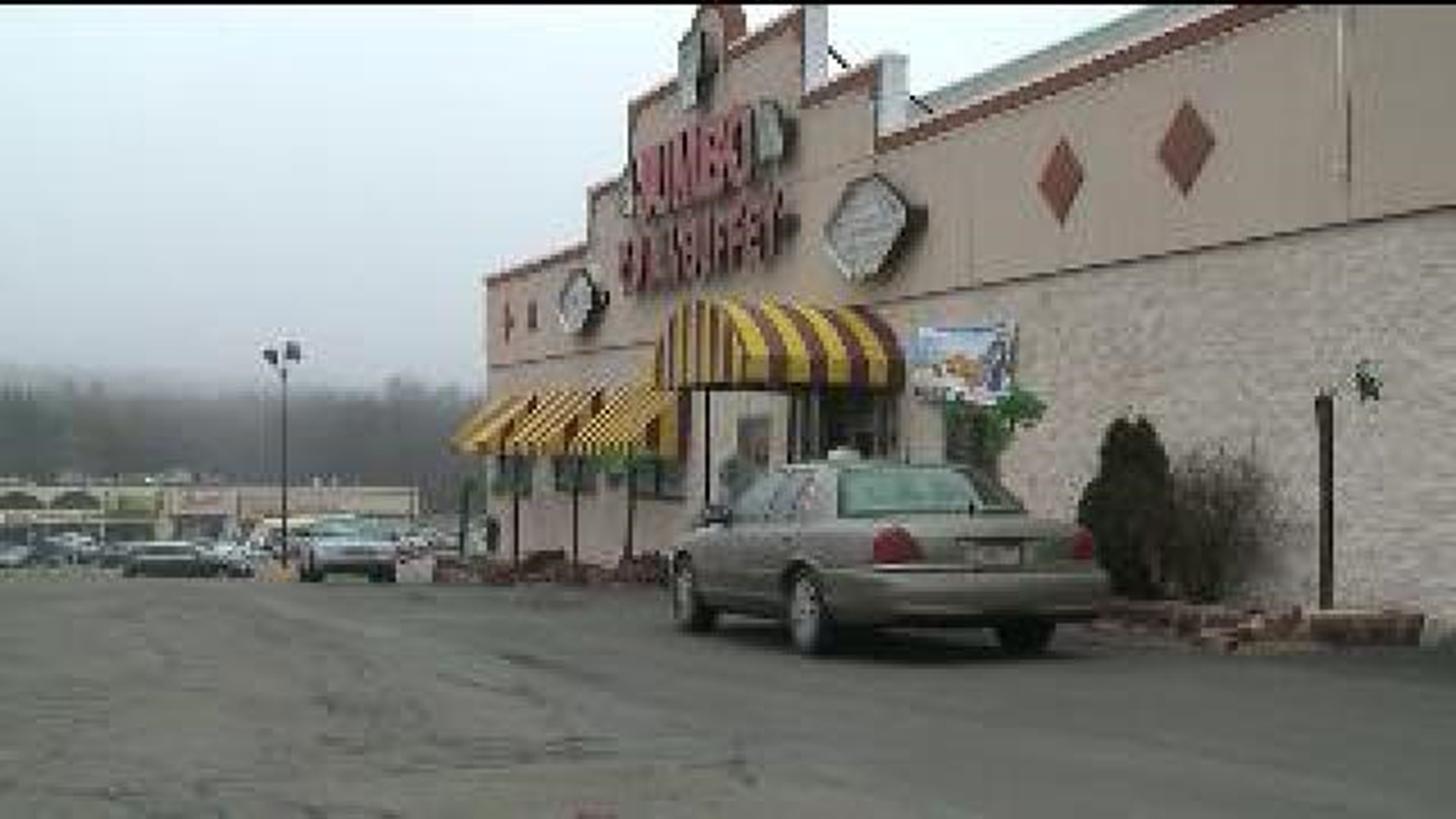 HAZLE TOWNSHIP – The doors to a Chinese buffet near Hazleton were locked during the lunch hour, as troopers raided the business as part of an access device fraud investigation.

State police told Newswatch 16 that a former employee is accused of stealing $18,000 from eleven customers, who used debit or credit cards at the Jumbo China Buffet on Route 309 near Hazleton in mid-December.

Cpl. Ryan Stefanick said the waiter only worked for three days, and he quit before troopers raided the place on Thursday.

“Anytime you pay, if you’re not swiping the card yourself, you`re at risk,” said Stefanick. “Monitor your credit. The best form is to pay with any type of cash.”

Customers told Newswatch 16 that they were surprised to see police cruisers and a closed sign on the door, when they stopped for lunch.

“We`re wondering what`s going on in, there because she wanted to come here to eat today,” said Alan Stucker.

The son of the restaurant manager said the former employee violated a policy that was put in place to prevent the crime.

"We swipe (the cards) ourselves. The waiters do not get to swipe it,” said Denny Gou. “Obviously, that employee had a credit card swiper for himself, an illegal device.”

Troopers said the account numbers were stolen between Dec. 19 and Dec. 21., and authorities are still trying to track down the former employee.

Anyone with information about the former employee, or any customers who believe their credit or debit accounts were compromised, are urged to call troopers in the Hazleton barracks at (570) 459-3890.