Check out this bigger, better playground being built by volunteers in Bradford County

After about 10 years of planning, five years of fundraising, and a yearlong hiatus, a playground in Bradford County is finally getting a much-needed makeover. 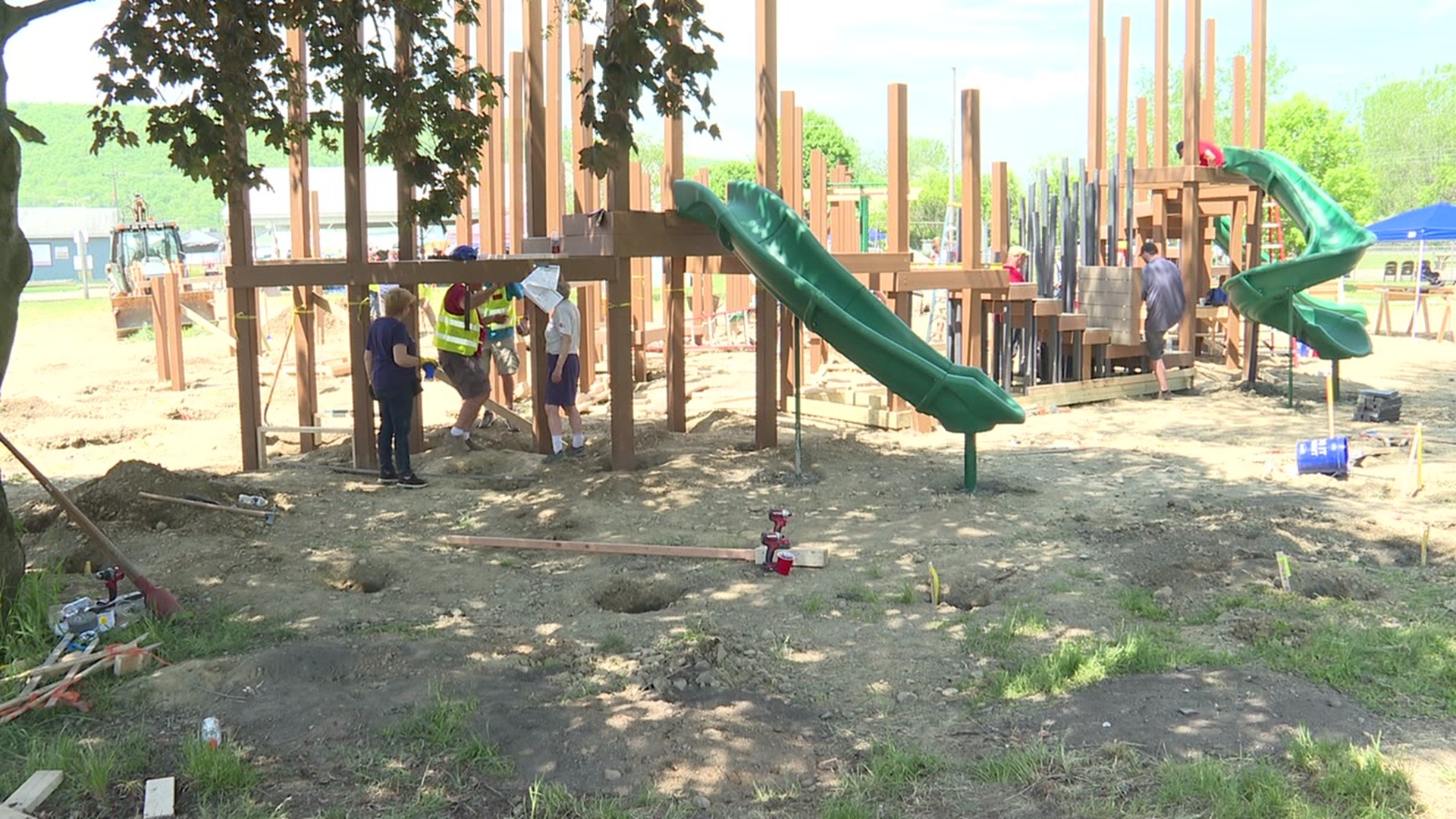 ATHENS, Pa. — Stella Unger and Ariana Nelsen are just 9 years old, but they're part of a large volunteer effort to build this massive playground in Athens.

It was almost a decade ago; Stella was just born when her mom Lori Unger began dreaming of the playground upgrades.

"It's the most popular playground in the area, so it's just had a lot of use," Lori Unger said. "With the wood, we were getting a lot of splinters."

The original playground was built almost 30 years ago, in 1992, but some of the equipment's even older. In fact, Unger says she broke her leg on this slide when she was just 3.

Unger is president of the nonprofit Friends of Valley Playland. She says the new play haven will be 13,000 square feet, 2,000 more than the one it's replacing.

She says local businesses donated big, and the group got over $200,000 from the Pennsylvania DCNR.  The final amount needed is in the labor. That's where the volunteers come in. With more than 500 volunteers signed up, it adds up to just five days of volunteer work:

Edward Slocum has been volunteering for the last three days. He's also been around since the previous playground. He says as far as community unity goes, not much has changed in those 30 years.

"Technology's kind of better product, but I'm proud of the volunteers putting in a lot of hard work," Slocum said.

As momentum swings into full speed, Unger says this project was like having a second child.

"I thought that was a pretty good way to describe it."

The playground will need some finishing touches like rubber surfacing and concrete. They're planning for a June grand opening.