LOCK HAVEN — It has been months since a young man from Clinton County died of a drug overdose and now four of his friends face drug charges from that nigh... 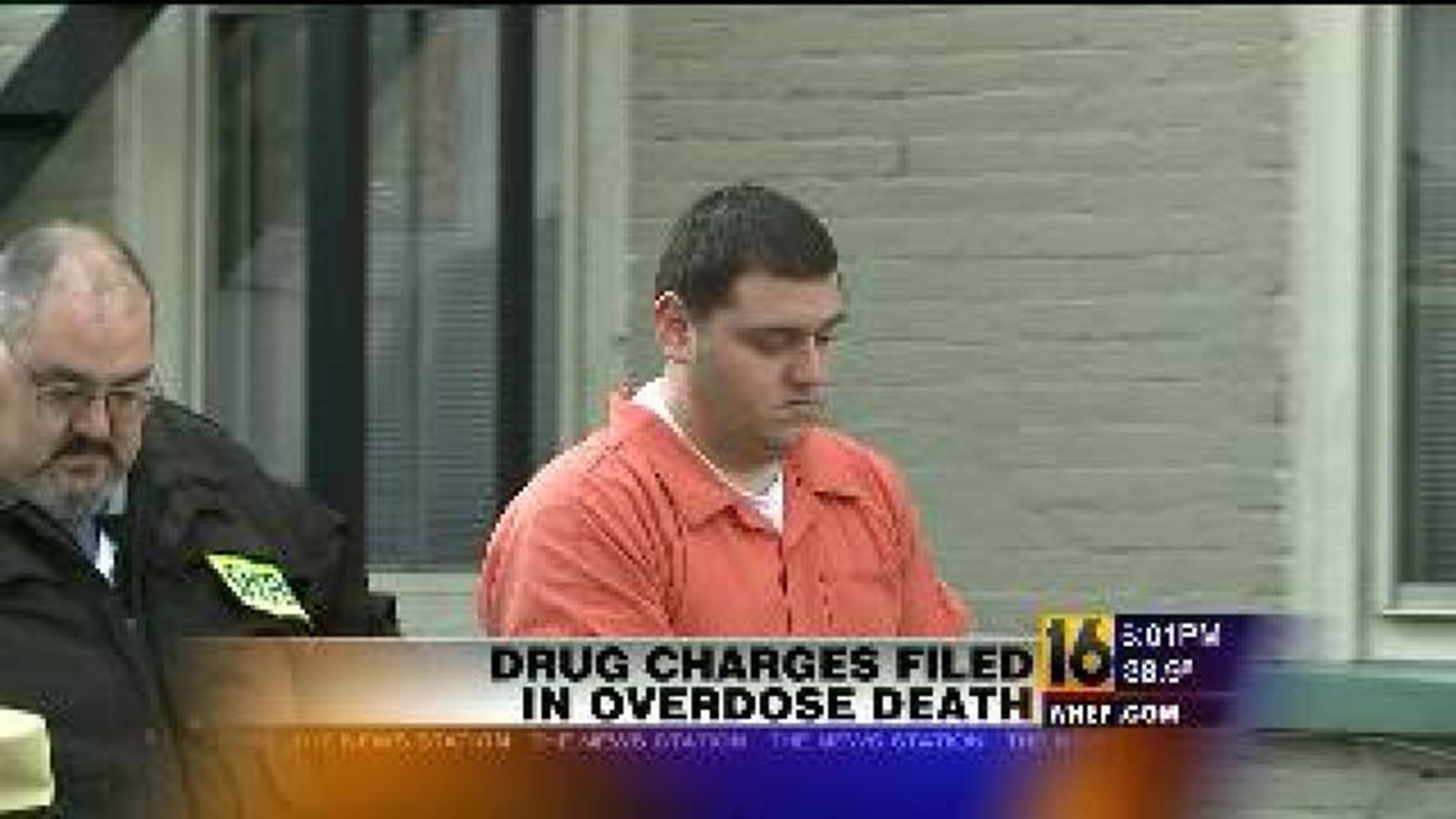 LOCK HAVEN -- It has been months since a young man from Clinton County died of a drug overdose and now four of his friends face drug charges from that night.

Bobby Wise was just days away from graduating high school in Clinton County earlier this year.

Wise and a group of friends abused prescription drugs that ultimately led to his death, according to investigators.

Those young men and one juvenile face drug charges in connection with that night Wise died from an overdose.

Now Wise's father hopes his son's death is a lesson to anyone faced with the decision of whether or not to get help when someone needs it.

Wade Merrill fought back tears on his way into court in Lock Haven and Joseph DiCello kept quiet on his way out. Nathan Tasselli, a third 18-year-old facing drug charges avoided our cameras altogether.

All three plus a juvenile were with Bobby Wise in May of this year, said police.

Merrill had a prescription filled for pain-killer patches filled with a drug called fentanyl. The teens smoked the drug until, eventually Wise "became incoherent" and passed out, according to court papers.

"He did make a conscious decision to go down that path that day," said Bob Wise, Bobby's father.

Wise said his son was naive and probably did not understand the severity of what he was doing that night in May.

Police say Bobby Wise was so sick that he died from an overdose.

"We talked often about how we were going to prepare him to move on to the next level in life, unfortunately never had the chance to get there," said Wise breaking into tears.

Wise and those other four men facing charges in the case were smoking fentanyl patches at a home in Lock Haven, according to court papers. Wise became sick and red foam started coming out of his mouth. Investigators said no one called 911. Instead police Wise was left on the sidewalk and died at a hospital two days later.

"I just wish people involved would have called 911 that evening, I'm sure Bobby would be alive today if they had," said his father.

Wise said the charges bring some closure to his family but most importantly he said the young men are being held accountable.

Wade Merrill of Lock Haven faces the most serious charge, drug delivery resulting in death. He is locked up.

Nathan Tasselli and Joseph DiCello are free on bail and face similar drug charges along with that unnamed juvenile.

All four are expected back in court next month.